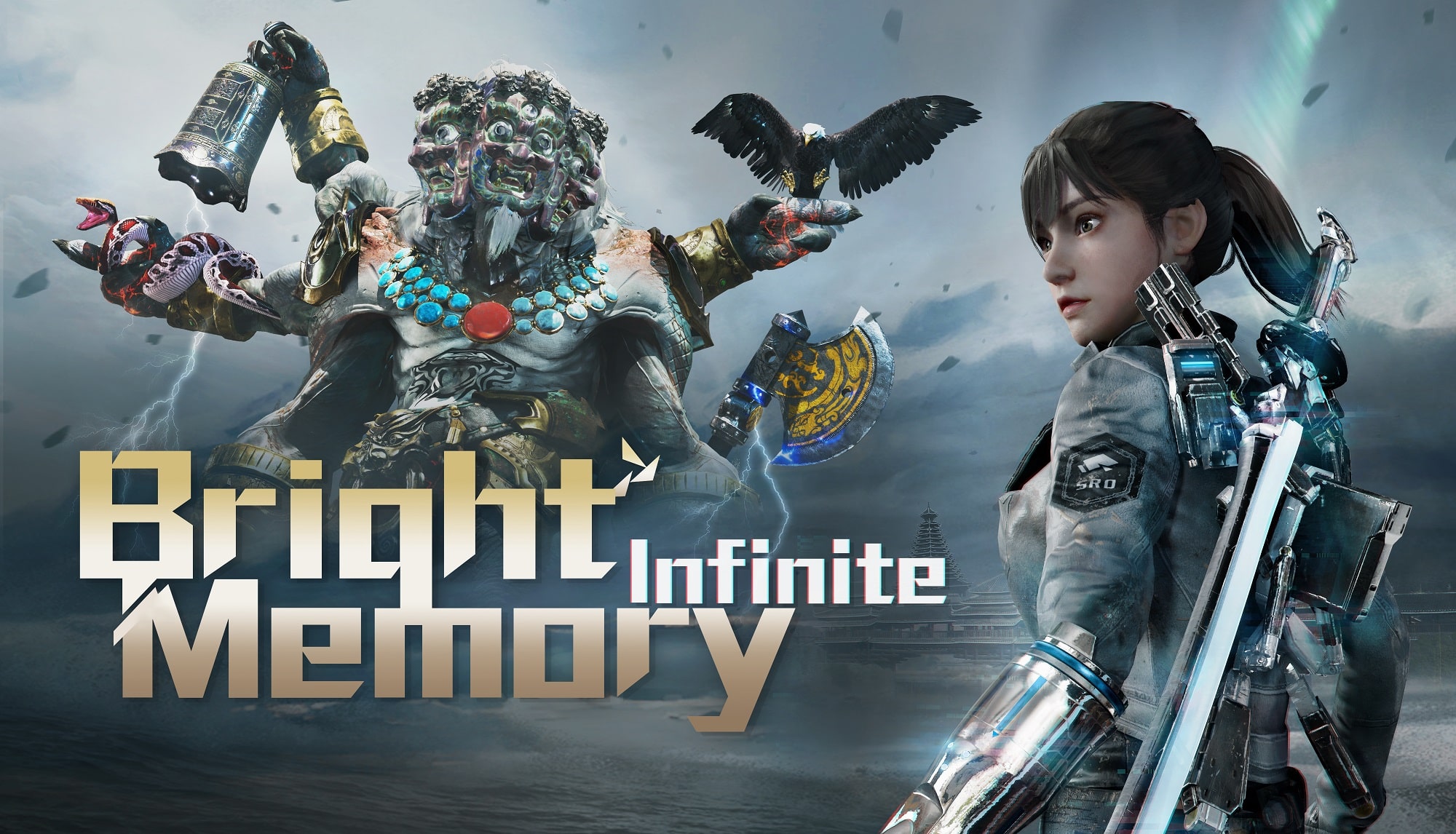 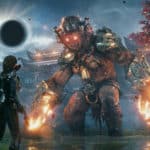 Bright Memory Infinite launched on Steam at the tail end of 2021. It was a remarkable title that had strong visuals, a gripping and dynamic combat system, and offered a lot of variety to the player who wishes to be a gun-wielding, sword slashing, and robotic arm with an arm that makes Rad Spencer from Bionic Commando look primitive. Here is our review of Bright Memory Infinite Platinum Edition

Bright Memory: Infinite Platinum Edition is the landmark release of the game for consoles. It adds a bunch of new cosmetic items for the protagonist and makes sure that there is a 60 FPS experience throughout.

The story is what really makes Bright Memory: Infinite Platinum Edition a very weak package. It aspires to be something that combines science fiction with parts of an action movie. However, a lack of a memorable cast of characters, coherence, or otherwise reason to really involve yourself in something that only lasts 2 hours at best is really discouraging.

The game takes place in 2036 and you take the role of Shelia. She has been sent to investigate an anomaly by the Supernatural Science Research Organization (SRO). Anything further than this will just give away the entire plot of the game.

There is a good diversity of enemies to fight, and helps with the plot of the game at some points. You will always be thinking on your toes and planning your next attack as the story sets you up with all sorts of scenarios you have to shoot and slash your way through.

With a campaign that will take you the ballpark of 2 hours to beat, buying a game like Bright Memory: Infinite for the plot is like walking into an Apple Store and expecting to find Android devices. You can try to find something you will like, but you will walk out disappointed.

With regard to the story, if you go into this game as a fun combat simulator as opposed to finding a plot, you will have a much better time with the title.

As Shelia, you wield a strong arsenal of dynamic and powerful weapons of varying strengths. Starting off with a basic Assault Rifle, you soon upgrade to a shotgun that can fire incendiary rounds, a sniper rifle that fires timed explosives, and many other powerful firearms.

Each weapon has a unique secondary fire mode which mostly leads to an explosive or incendiary alternative for the weapon. These can be upgraded by finding reliquaries throughout the game world.

Shiela also has a sword called the light blade which allows her to engage in close-range combat. She can carry out hack and slash attacks on enemies to meticulously finish them off with gore and style.

The last weapon in her arsenal is an Exo arm that makes the Bionic Commando look like a Volkswagen Beetle. The arm is capable of doing some close-up damage with an EMP blast. This lets you pull enemies toward you and blow them up. This delivers a devastating earth-shaking punch, and a few more tricks up its sleeves.

Combat is further spruced up with the ability to dash out of danger and the ability to parry. Parrying enemies enough times weakens their armor so that you can deal damage to their health. Nailing the timing of the parry is in itself a very rewarding experience.

However, the combat is where the game’s shine begins and ends really. There is relatively little to no reason to even play the title if you aren’t looking to become the combat aficionado for the title in the relatively small circle of committed players.

The harder difficulty levels will definitely help you get longer playtime. Though that is because of how much harder and relentless they are as opposed to helping the story.

The game has a single cycle of killing enemies in an area, traversing to the next area, and repeating the loop. There are a couple of cool moments like fighting enemies on a plane that’s still flying or a brief driving segment, but otherwise, the majority of the game is a simple rinse and repeat.

Even on the Xbox Series S, the game is a graphical marvel. This was one of the key features when the game was first revealed, and it still holds true. Despite the hardware on the console, the game holds a steady and stable 60FPS throughout the experience. Even in the most violent and action-packed scenes, the framerate remained steady. While there are a few sacrifices made along the way with regard to visuals, the game still manages to look like a next-gen title.

The sound and music are also decent. While both are just there to make the world feel active, there really isn’t much else to say when it comes to the overall presentation of the title.

Bright Memory: Infinite Platinum Edition is a great game. I loved the time I spent in the combat, but the story was flat, there was no reason for me to get invested in the world as you’re just thrown into sheer chaos with no build-up or any reason to care.

However, the game has some very solid combat mechanics that utilizes the 3 things gamers love – guns, swords, and a robotic arm. Adding in a few advanced elements to the game like a dash attack to dodge attacks and a parry system, the game is able to hold its own ground with great admiration.

Outside of achievement hunting, there is very little reason to replay the game. The higher difficulties are absolutely brutish when it comes to enemy difficulty on higher modes, but that is about the only way you can extend your playtime from the title. On normal difficulty, you can beat the game in a single sitting.

As such, Bright Memory: Infinite is a game I can only recommend if you are dedicated to combat-based games. If you are okay with repeating the same game a dozen times over and going through the hardest difficulties for a challenge, then this game is up your alley. Achievement hunting can make your journey last a respectable 10-15 hours instead of a couple of hours.

What did you think of our Bright Memory Infinite Platinum Edition Review? Share your thoughts in the comments below.

This review is based on the Xbox Series S version of Bright Memory Infinite Platinum Edition. The key was provided by Stride PR. 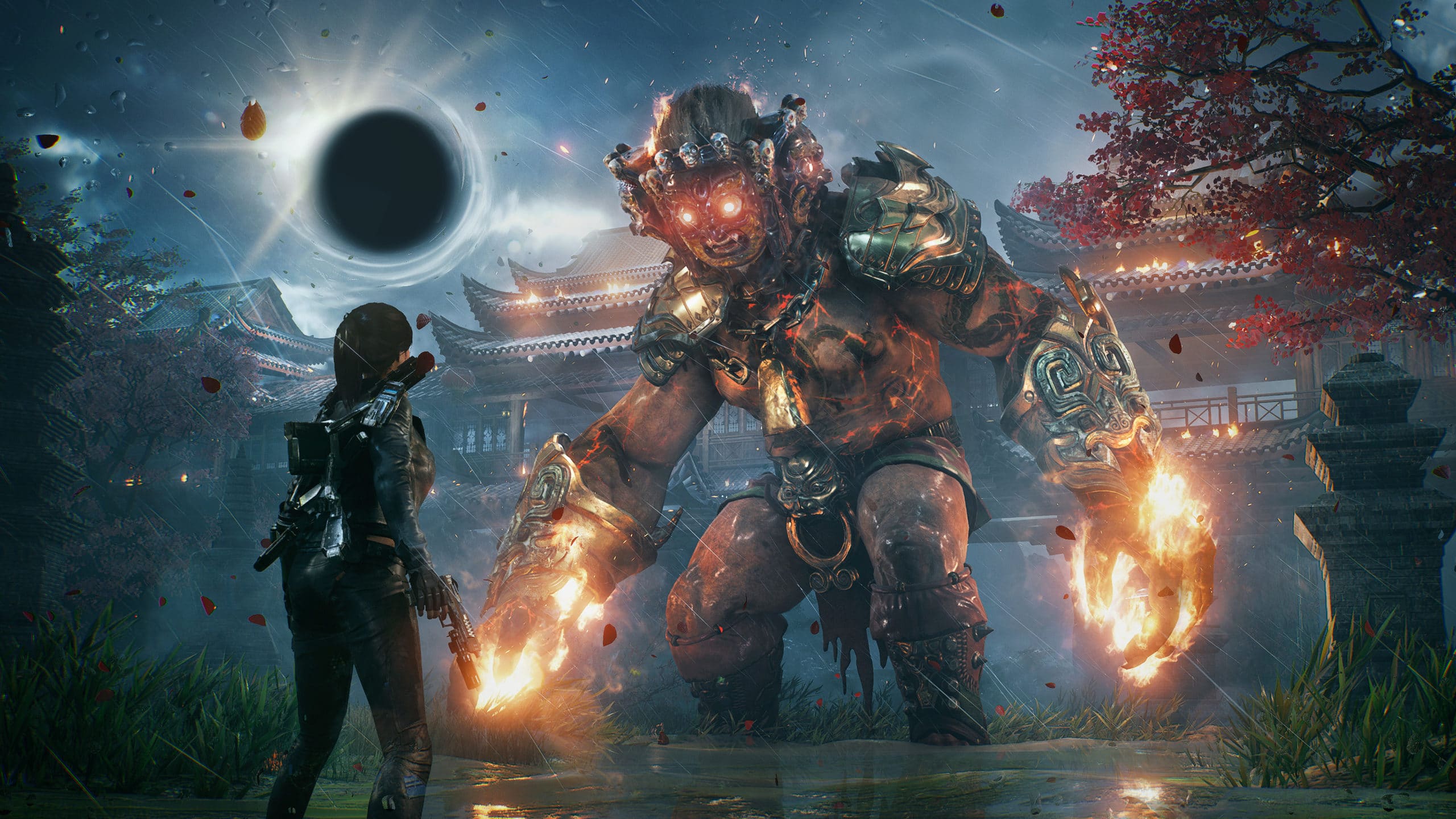 Review Overview
Good 7
Overall Score 7 out of 10
Good Stuff Game has spectacular graphics Gameplay is engaging and dynamic and offers a good level of difficulty A lot of variety with how to handle combat in the game A strong effort by a single developer
Bad Stuff A flat story Short campaign time Uninspiring cast of characters Very little reason to replay, unless you're achievement hunting
Summary
Bright Memory: Infinite Platinum Edition is a console release of the first-person shooter with hack and slash elements from PLAYISM and FYQD-Studio. It takes players on a brief action-packed adventure where they will be shooting and slashing a wide variety of enemies, and monsters.
TAGGED: Bright Memory: Infinite, Bright Memory: Infinite Platinum Edition, FYQD-Studio, PLAYISM
Share this Article
Facebook Twitter Email Copy Link Print
What do you think?
Surprise0
Love0
Sad0
Happy0
Sleepy0
Angry0