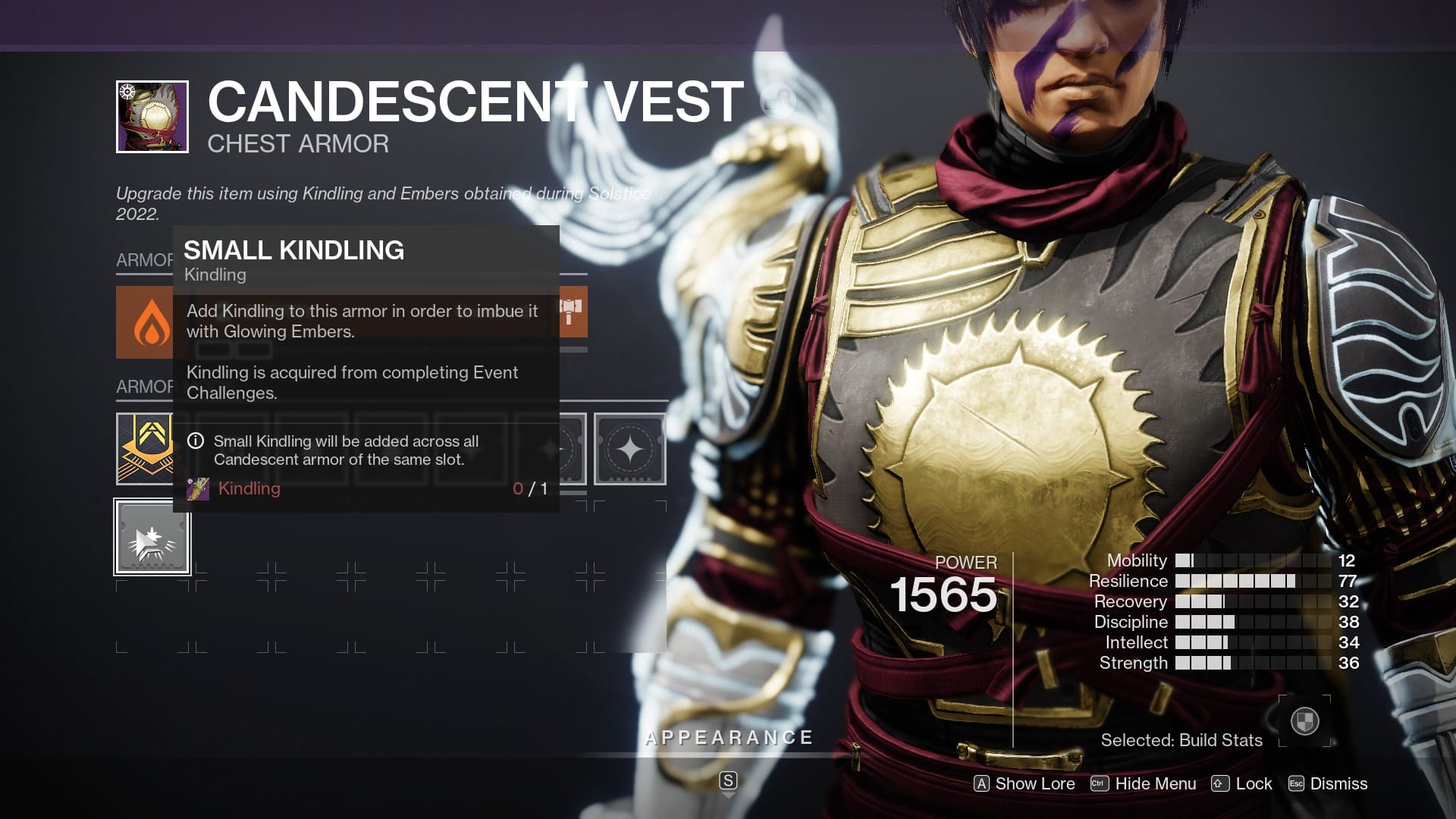 The Candescent armor is Destiny 2’s newest armor set. It came to us with Solstice 2022 and radically changed the way the event works compared to years prior.

Bungie never makes things easy for us, though. The Candescent armor system is overly complicated, involving three different currencies, four tiers of upgrades, a unique activity, and a whole bunch of farming.

I’m going to break it all down for you as simply as possible. I’ll go over what each of the event’s currencies does, how to reroll your Candescent armor, how to upgrade it, and more.

So, if you’re confused by the Candescent Armor system being used in Destiny 2’s Solstice 2022, I’ve got your back.

When you first speak to Eva Levante in the Tower during Solstice 2022, you’ll be given a package with a full set of Candescent armor. Your main source of more Candescent armor will be as drops from the Bonfire Bash activity.

Each tier you upgrade unlocks an additional reroll on that piece of armor.

Once you get an armor slot to tier three, you’ll be able to reroll every additional armor drop in that slot twice regularly and once with a focus.

How to Reroll Candescent Armor Destiny 2

To reroll a piece of armor, you use Silver Ash. Silver Ash is the event currency of Solstice 2022 that you get from burning Silver Leaves in Bonfire Bash.

However, you upgrade your armor tiers using Kindling. Kindling is limited in supply, unlike Silver Leaves, and can only be gotten by completing the specific challenges in your Event Card. Completing these challenges and getting all of your Candescent armor Destiny 2 slots to tier three should be a priority.

Solstice 2022 won’t last forever. It’s possibly the best event in Destiny history for farming god-roll armor, so make a point of grinding it out as much as you can.

By Eoin Black
Follow:
Eoin has been playing video games his entire life. He specializes in narrative-driven, single-player titles, and brings his extensive Esports experience into his writing.
1 Comment