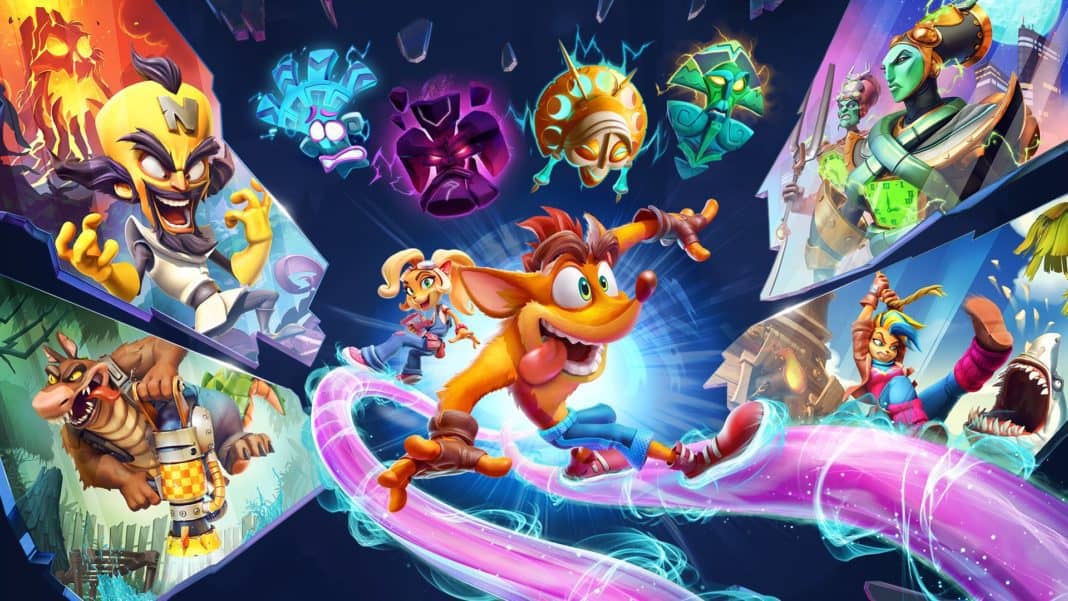 With Crash 4 finally being on the Nintendo Switch and getting next-gen upgrades, there is only one platform missing. But fear not, because the party is almost complete now as we finally get a Crash 4 PC release date.

It has been known for a while that Crash 4 will be on Battle.Net when it eventually releases. However, the “coming soon” label has finally been replaced with the Crash 4 PC release date: 26 March.

With this release, Crash 4 will be on every major platform. As usual, the PC port comes later than consoles. However, there is a silver lining as now we were able to witness first hand how the game looks on next gen devices. And as we all know, not all devices are created equal.

Earlier, Digital Foundry released a video comparing the performance and visuals of the game on the PS5 and Nintendo Switch.

To summarize, while the game ran decently on the Switch, it was something else on the PS5. Making use of the far superior hardware, Crash 4 runs at a beautiful 4k on the new-gen consoles. Unfortunately, it is locked at 60fps but we can’t have it all after all.

And while the game ran pretty well on the old-gen consoles, there is a noticeable improvement. For one, while the PS4 Pro and Xbox One X ran it well at 60fps, it was only most of the times. In more crowded sequences, it was not uncommon at all to see the framerate slow down as low as 45 at some points. Nothing debilitating, but still obvious.

The regular PS4 and Xbox One versions ran at 30 to 45 FPS depending on the situation on screen.

With this “precedent” it’s safe to assume the state of the PC port. With the Crash 4 PC release date being after that of the new-gen console upgrade, it is clear that Activision took their time to polish the game to bring it up to standard. After all, it hasn’t been that long that they were able to revive the IP. It would be a shame if lackluster PC ports killed it again.