Crash Bandicoot 4 gameplay shows us a variety of platforming 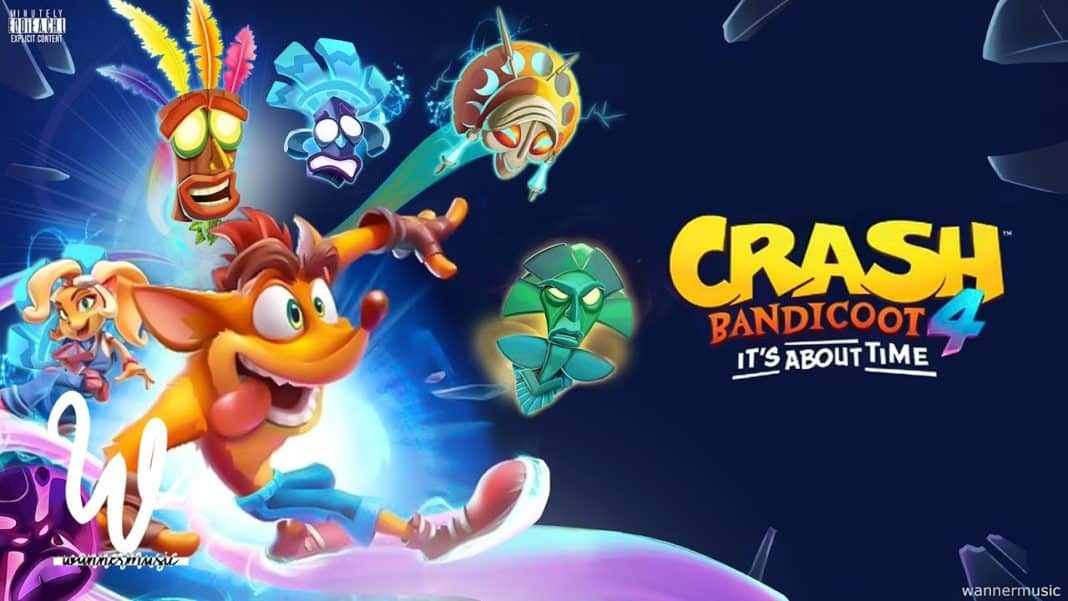 Crash Bandicoot 4: It’s About Time was revealed a few hours ago. The game is the first original entry to the series after a long time and it seems that the game could deliver an outstanding experience. Developed by Spyro Reignited Trilogy developer, Toys for Bob, Crash Bandicoot 4 gameplay footage shows us a first glance at the game.

Crash Bandicoot 4 reveal trailer shows us the first original entry to the series after a long time. While many fans can recall Crash’s games on the PS2 and appearances in the Skylanders series, this is a first entry which looks like a proper sequel to the original PS1 trilogy.

Crash Bandicoot 4 will take Crash to many exotic locations across time, and let him use a variety of new masks and costumes to defeat Dr. Neo Cortex once more.

Here is a fresh look at some Crash Bandicoot 4 gameplay footage.

The game is definitely a unique platformer and offers plenty of variety with how you handle the stages. The game continues the story of the 2017 N. Sane Trilogy as Crash takes on Dr. Neo Cortex for the fourth time now.

The game is launching on October 2020 for the PS4 and Xbox One, there is no word yet on a Nintendo Switch or a PC port, but this could be due to the game being a timed exclusive on the consoles.

With a new Crash game on the horizon, fans have now set their eyes on a new Spyro game as well. The remake trilogy that followed the release of the N. Sane trilogy. Whether Activision has that game handled for a different date or is still working on one is still a mystery.

This also begs the question if we will see Crash’s journey resume on the Xbox Series X and the PS5 according to the rumor a few days ago.

The game is currently available for pre-order on the PlayStation Store, and the Xbox Store. Priced at $59.99. If you pre-order the game you also get a limited time costume for Crash and Coco.

What are your thoughts on a new Crash Bandicoot game? Are you excited for it? Let us know in the comments section below!