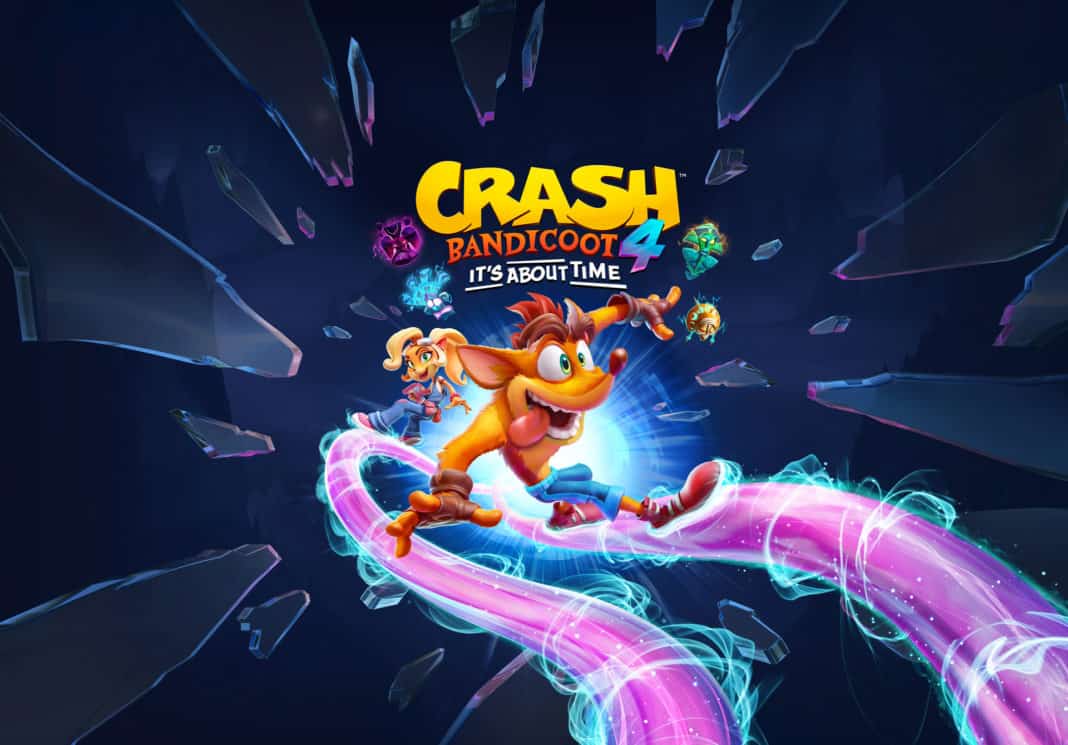 It’s about time! That’s the title of the game, but also the general sentiment about the Crash Bandicoot 4 Switch port. The latest Crash Bandicoot title that dropped last year is coming to the Switch very soon. Still, people can’t wait to get their hands on them. So much so that just 10 days before release boxart and gameplay video and screens are getting leaked.

The latest leaks come from Reddit user u/lightmineing, who was able to get their hands on the game a little early. In a couple of Reddit posts, the leaker showed off gameplay videos and screens as well as the boxart.

The leaker was somehow able to get the new title 10 days early. And they were not shy about it.

The first post from lightmineing showcased the (blurry) boxart of the Crash Bandicoot 4 Switch physical box. Not very long after, the leaker turned the game on and the leaks kept coming and coming.

There are no surprising details here given that the game has been out for 4 months on other platforms. Regardless, you can find some juicy gameplay videos and images in the leaker’s posts. Adding to that you can also see better pictures of the game box and cartridge.

Besides building hype, there were a few important details we were able to get out of this leak. We already knew that the Crash Bandicoot 4 Switch port, like all other games, had to get its dose of downgrades to run smoothly on the semi-handheld device. However, now we know the details as u/lightmineing did a comparison between handheld and docked mode on their Switch.

Whether docked or handheld, the game will be locked at an unfortunate 30fps. Nothing too surprising, but at least now we know. There is a difference in resolution between the modes, however. While docked the console will output a 1080p and while in handheld mode the game will be locked at 720p. It’s much of a difference since the small LCD display of the console is nothing to write home about.

Alas, not everyone is as lucky. The leaker gets to enjoy the game, but we only get the screens and videos. So, the rest of us have 10 more long days to wait before getting the next dose of Crash Bandicoot.