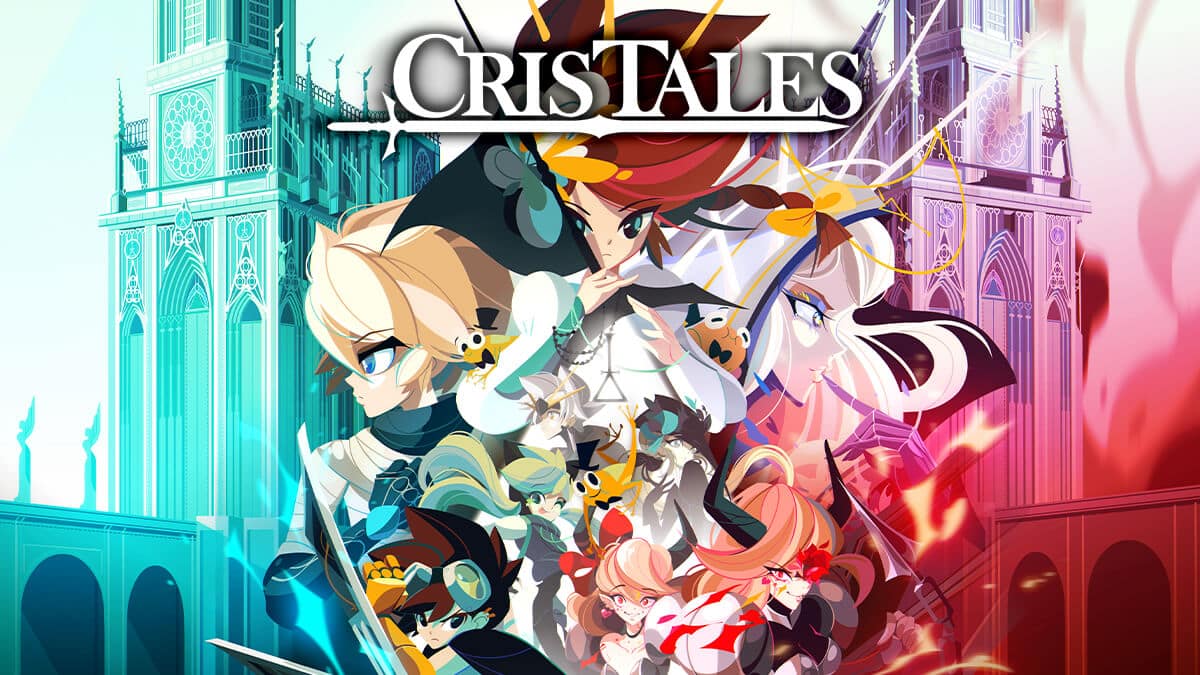 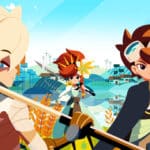 Over-the-top storytelling, a wonderfully dramatic soundtrack, and long dialogues at every pitstop; if you’re looking for an original JRPG experience, here it is! Cris Tales is the illegitimate descendant of Final Fantasy, Chrono Trigger, and Persona. And it does what indie games do best: recreating childhood fun without relying on rose-tinted glasses. This Cris Tales PC review takes a look at what makes this game worth picking up.

Cris Tales PC Review: What Is It?

Usually, I face difficulties classifying and describing games, but not this time. Cris Tales is a classic JRPG and it is not ashamed of it. From party turn-based combat, to traversing a large overworld, to suffering through endless NPC dialogue, Cris Tales misses on no JRPG elements. But that’s not to say that it is not unique in its own right.

The game welcomes you with a beautiful cutscene and the exact type of soundtrack you expect. You play as Crisbell, an orphan girl who all of a sudden discovers her time-bending powers and goes on a save-the-world journey with a yellow frog in a top hat – just the regular. From there on, it’s all turn-based battles, traveling, and optimizing your equipment.

But the game’s main schtick is the protagonist’s ability to see through time, a mechanic cleverly pushed to its limits. Push your enemies back in time to fight their less battle-honed younger selves or fling them into the future to uncover new weaknesses. But it can also be used outside of combat to complete sidequests, see the game’s beautiful world in the future, and complete the JRPG-mandatory puzzles.

Merging The Past and Future Beautifully

Cris Tales is an overwhelming game. There is a lot to take in at once. Not only are the game’s individual elements great on their own, but you can tell the whole game follows a beautifully clear vision. While the game takes inspiration from decades-old games, it manages to add so much in without killing the vibe for some old man looking for the games of his childhood- like myself.

The game’s plot and storytelling are by no means bad. It’s a little on the nose perhaps, but just like Narita Boy‘s nonsensical jargon, Cris Tales silly grand cliches are fully on-brand and thematic.

Regardless, the plot is not how Criss Tales builds immersion. It’s hard to not be impressed by the visuals and soundtrack of this game. The 2.5D-ish perspective adds a lot of depth (no pun intended) to the visual experience, but it’s the details on every single sprite in all 3 tenses that make this game look so charming. The soundtrack is quite something, too. Large-sounding ensembles mixed with a little more modern sounds make random encounters a bit less tiring, even after 8 hours or so in the game.

As I mentioned a couple of paragraphs ago, the game really makes the most use out of the time manipulation mechanic. Some games, like LOVE, take a brilliantly original mechanic but fall short of utilizing it to its limits. Cris Tales, on the other hand, takes a terribly overused mechanic and milks it so hard it is almost unrecognizable – in a good way, somehow.

While a lot of games make a big deal of traveling through time, Cris Tales does it in such a streamlined way that makes it feel as natural to you as it is to the protagonist. The triangle-split display means you’re rarely traveling through time per se, but you’re in all the tenses at once. You don’t have to inspect the world in the past or future to discover tiny hidden secrets, you’re always looking at everything.

The combat system of Cris Tales is something of a revelation. Clearly, the developers took note of what to do from older games. But more importantly, they took note of not what to do.

The game’s bi-directional battle scene is not only good for breaking monotony, but is integral to thinking with time-bending powers. Features like launching joint attacks, moving enemies into the past or future, speeding up status effects with time, and timing parries in real-time make Cris Tales combat system the least passive system I’ve ever tried in JRPG.

Stuck In The Mud

As always, this game is not perfect. However, it’s hard to tell whether the flaws of this game are uniquely its own or just fundamentals of JRPG that we have to live with. Though in recent years, a lot of the problems that plagued JRPGs were patched by modern games, Cris Tales stuck to the old formula in some unsavory aspects.

Traversing The World Is Not Exciting

The developers managed to make combat less of a chore, but they may have forgotten exploration. Unfortunately moving around the game’s world is not a lot of fun. Repetitive random encounters and a bland overworld map with little distractions (which I think are important to an open experience) kick the game’s fun down a peg.

And speaking of bland, a lot of the game’s levels are too. The important locales (cities, towns, and NPC houses) are drop-dead gorgeous – make no mistake. But when you move from the lively areas to the actual “stages”, they begin all blending into each other.

Most of the game’s main active areas look a lot alike and are laid out pretty lazily. Treasure boxes encourage the player to do some exploring, but only for the first few hours of the game; it gets old really fast.

Cris Tales is the JRPG you need to try next. It has something for everyone; the striking visuals are there to capture newbies, the active-ish turn-based combat can convert any turn-based skeptic, and the strong faithful mechanics are there to appease the fussiest hardcore JRPG connoisseurs. This game has enough charm to have you whispering “that’s cute” under your breath 8 hours in, and enough nostalgia to bring back memories of summer vacations 10 or 20 years ago.

You might face some frustrations the developers decided were integral to the JRPG experience, but power through them and you’ll surely be rewarded. I fully recommend anyone with enough time on their hand to pick up Cris Tales.

If you enjoyed this Cris Tales PC review you may want to pick up the game on Steam. It is also available on PS4, PS5, Xbox One, Xbox Series X|S, and the Nintendo Switch.

This review is based on the PC version of Cris Tales. The key was provided by Modus Games 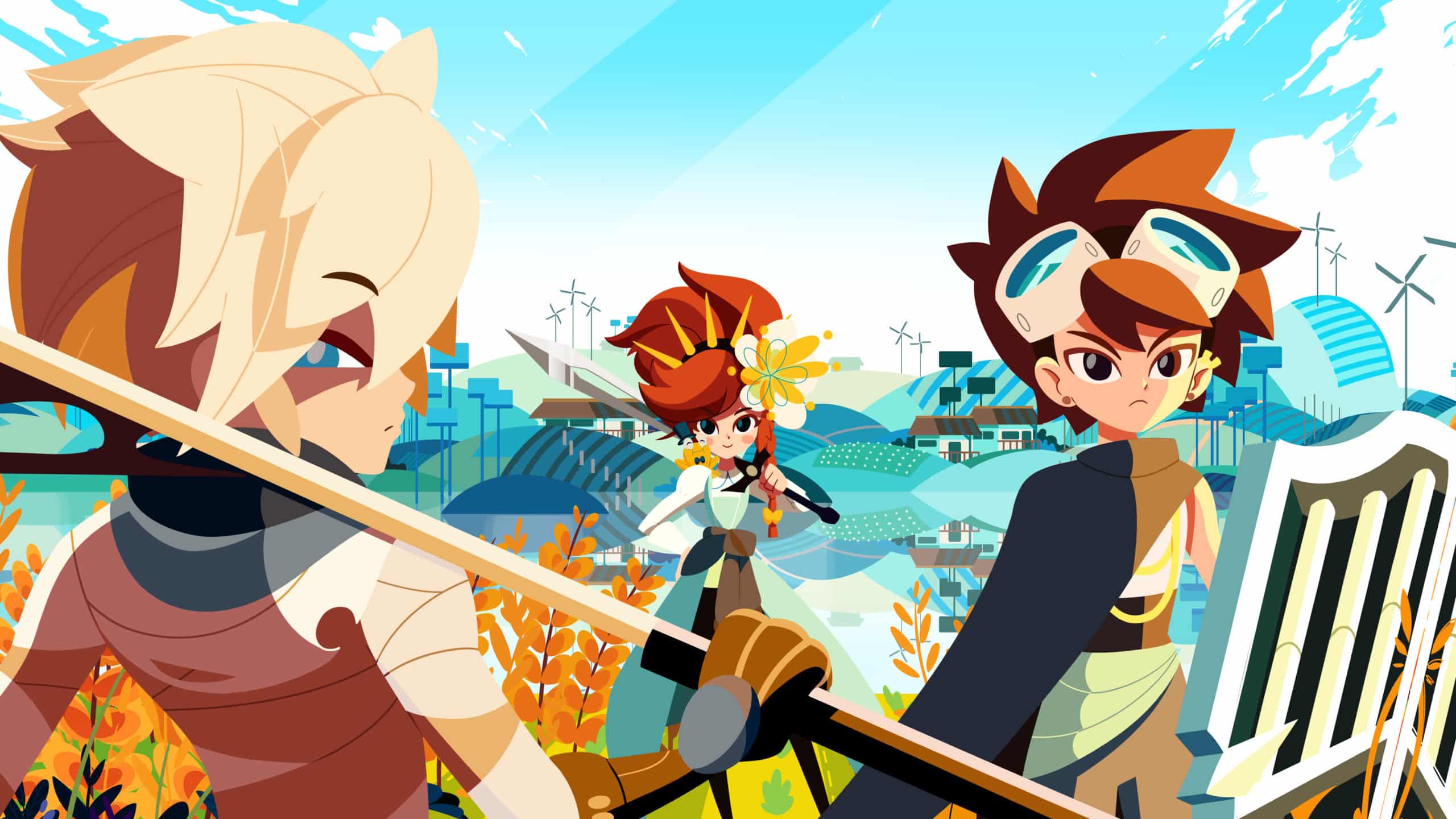 Review Overview
Great 8.5
Overall Score 8.5 out of 10
Summary
Cris Tales is the next JRPG you need to try. Striking visuals are there for newbies, active-ish turn-based combat for those on the fence, and strong mechanics to appease the fussiest hardcore JRPG connoisseur. This is a game with heart and hours of enjoyable content suitable for anyone with the time.
Share this Article
Facebook Twitter Email Copy Link Print
What do you think?
Surprise0
Love0
Sad0
Happy0
Sleepy0
Angry0