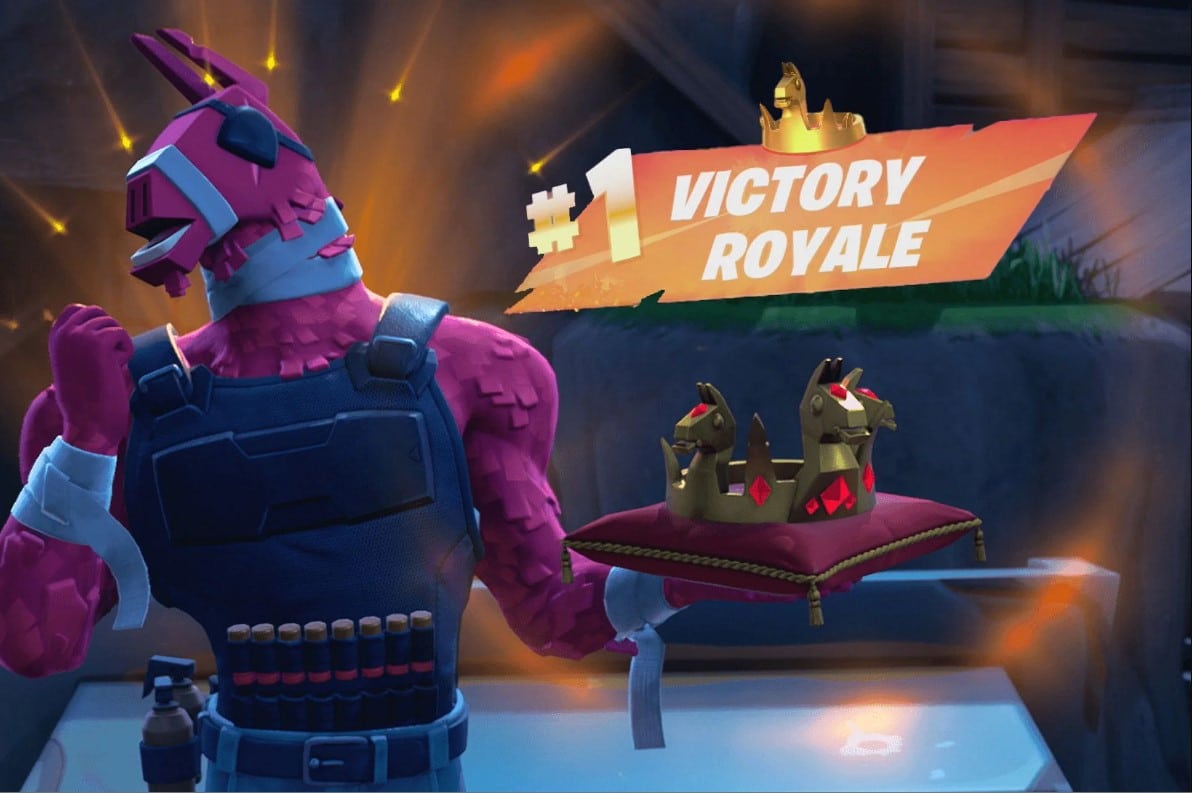 Fortnite has been going strong for a long time now, and it is mostly thanks to the game adapting to new trends and continuously improving itself. Over the years, there have been tons of new additions that have completely changed the way Fortnite is played.

One such addition in the latest chapter is the Victory Crown. If you are playing the game after quite some time or do not know what the crown does, worry not because we’ll show you just that!

The Victory Crown in Fortnite is an item that you can find and wear during the match. While wearing the crown, you will earn more XP for player kills and other achievements. You will also get a special emote for winning the game.

What is a Crown in Fortnite?

Before we talk about how you can get the Victory Crown, let’s take a look at what it does. Since it is a relatively new addition to the game, many returning or newer players might not be aware of what this item does.

You might spot it during your matches but might be afraid to pick it up since it doesn’t deal damage and will take up your inventory. Well, the good news is that collecting the crown will not take up any slot in your inventory.

Instead, it will go into a designated slot that is meant just for the Victory Crown. Upon picking it up, you will gain more XP for all eliminations and surviving against other players. This allows you to swiftly level up even if you don’t win the game.

The best part is that if you win the whole game while wearing the Victory Crown for the first time in the season, you will earn the following things:

Now, you might think that this emote and other cosmetics aren’t worth it. However, that is not the case here. When you get the Crowning Achievement emote, you can show off your wins with the crown to all players around you.

On top of that, showcasing the Victory Glider will let other players know that you aren’t someone to be messed with during the game. The best part is that the Victory Royale screen changes to a beautiful golden color if you win the entire game.

Plus, whenever you thank the driver or eliminate someone, your name will be highlighted in gold.

How to Get a Crown?

Now that we have talked about what the crown does, let’s take a look at how you can get it. There are two primary ways in which you can get the Victory Crown in Fortnite. If you want to earn it yourself, you need to:

Alternatively, if you do not want to do all the hard work, you can eliminate a player that already has a crown. You can find the Victory Crown in the loot of the player that had it while he was alive.

If you win the game with the crown, you will continue wearing it in the next game as well. Unless you get eliminated, you will not lose the crown. On the other hand, you can drop the crown to let your friends wear it and get that special Victory Royale!

However, if the dropped crown isn’t picked up by any player within a given timeframe, it will disappear.

Keep in mind that you can only get the crown from normal game modes. You cannot earn it from custom games or any other temporary game mode in Fortnite. So far, the crown has been a consistent part of Chapter 3 and judging by its pattern, the crown is here to stay.

This is the first time Fortnite has had something like this to show off your win in the previous game. The crown is a great way to show everyone which player performed well and won their last game.

Disadvantages of Wearing a Crown

Getting the crown is all fine and dandy, but it can come with its own set of disadvantages. While wearing the crown, the game might be a bit harder since people will want to target you to get the crown.

Firstly, when you wear the crown, your character will have a golden outline that can be seen from a distance. This allows enemies to easily identify you. Having people come at you and try to eliminate you can be quite a traumatic experience.

If that wasn’t enough, the crown holder also emits a sound whenever the storm is closing. While this sound cannot be heard from a long distance, it still gives away your position. If there are enemies around your area, they will certainly try to kill you. Plus, the crown shows up on the map when you drop it from time to time.

This can alert the enemy of your location. While you can use this mechanic to set up a trap, it usually doesn’t end well for the crown holder.

While the next point isn’t exactly a disadvantage, it can be considered as such. After every season, your wins with the Victory Crown will reset. This means that you will have to get more wins to show off your emote to impress others.

And there you have it, that’s everything you need to know about the Victory Crown in Fortnite. Now, go on out there, find the crown, and get some epic Victory Royale to earn that sweet emote and the glider as well.

We would love to hear your thoughts about the Victory Crown in Fortnite. Let us know what you think about it in the comment section below!