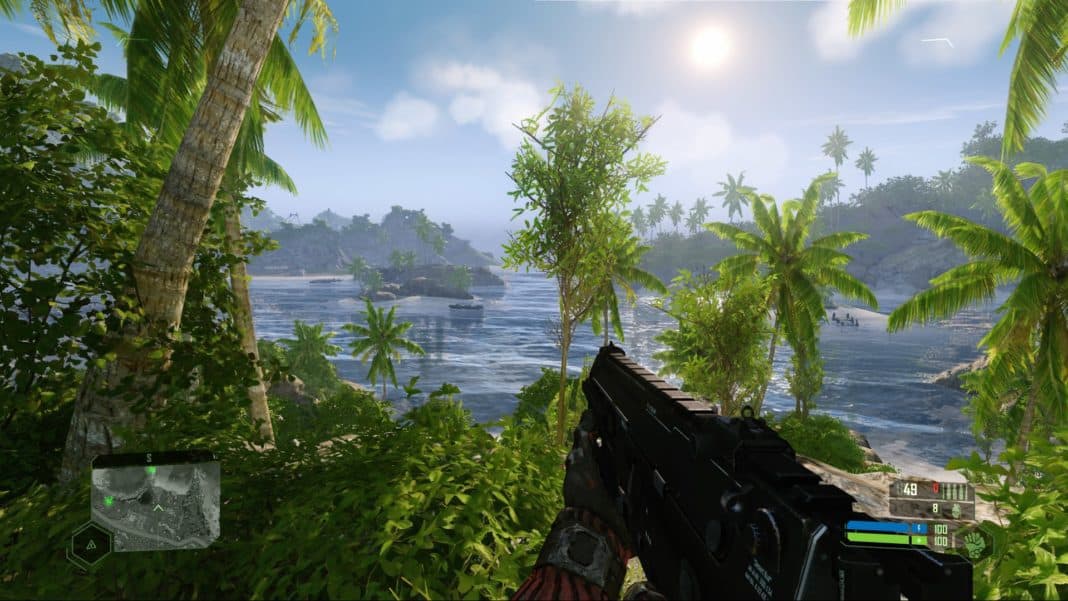 The Crysis Remastered Nintendo Switch tech trailer shows how the Nintendo Switch is capable of handling this graphical behemoth of a game at a steady 30 FPS at 720p. It’s assumed that the performance of the game is in docked mode, but you won’t be able to tell the difference on handheld either.

Crysis Remastered Nintendo Switch Tech trailer – It can run Crysis after all.

The Crysis Remastered Nintendo Switch Tech trailer is truly a work of wonder. Many fans were skeptical of the game running optimally, but it turns out Saber Interactive have worked their Witcher 3 magic once more.

It’s impressive that the game runs at a steady 30 FPS and holds it even at explosions.

While we will have to wait for VGTech and Digital Foundry to take a stab at the game and its performance, it seems Saber Interactive have shown they are the best at what they do.

It’s good to hear that Crysis Remastered on the Nintendo Switch is still on track for a July 23rd release date.

When are we getting the other versions?

This release date is only for the Nintendo Switch version as the Xbox One, PS4 and PC versions have been delayed until further notice.

The reason for the delay could be to further enhance the experience on the other platforms perhaps with 60 FPS and 4K resolution for the PC, PS4 Pro and the Xbox One X.

This will be EA’s second attempt at remastering a game in this entire console generation, with the first one being Burnout Paradise.

Many fans are hoping for the release of the strongly rumored Mass Effect Trilogy Remastered to release soon, but so far EA has been very hush on any details about that particular series.

With this console generation being a fruitful one for remasters and remakes, particularly for Ubisoft and Activision, EA chose to stay exclusively on new IP’s like Anthem and the sort.

While we don’t know what lies in wait for EA, we can only hope that they do address their plans for the current generation and next-generation consoles soon.

What are your thoughts on Crysis Remastered? Let us know in the comments section below.