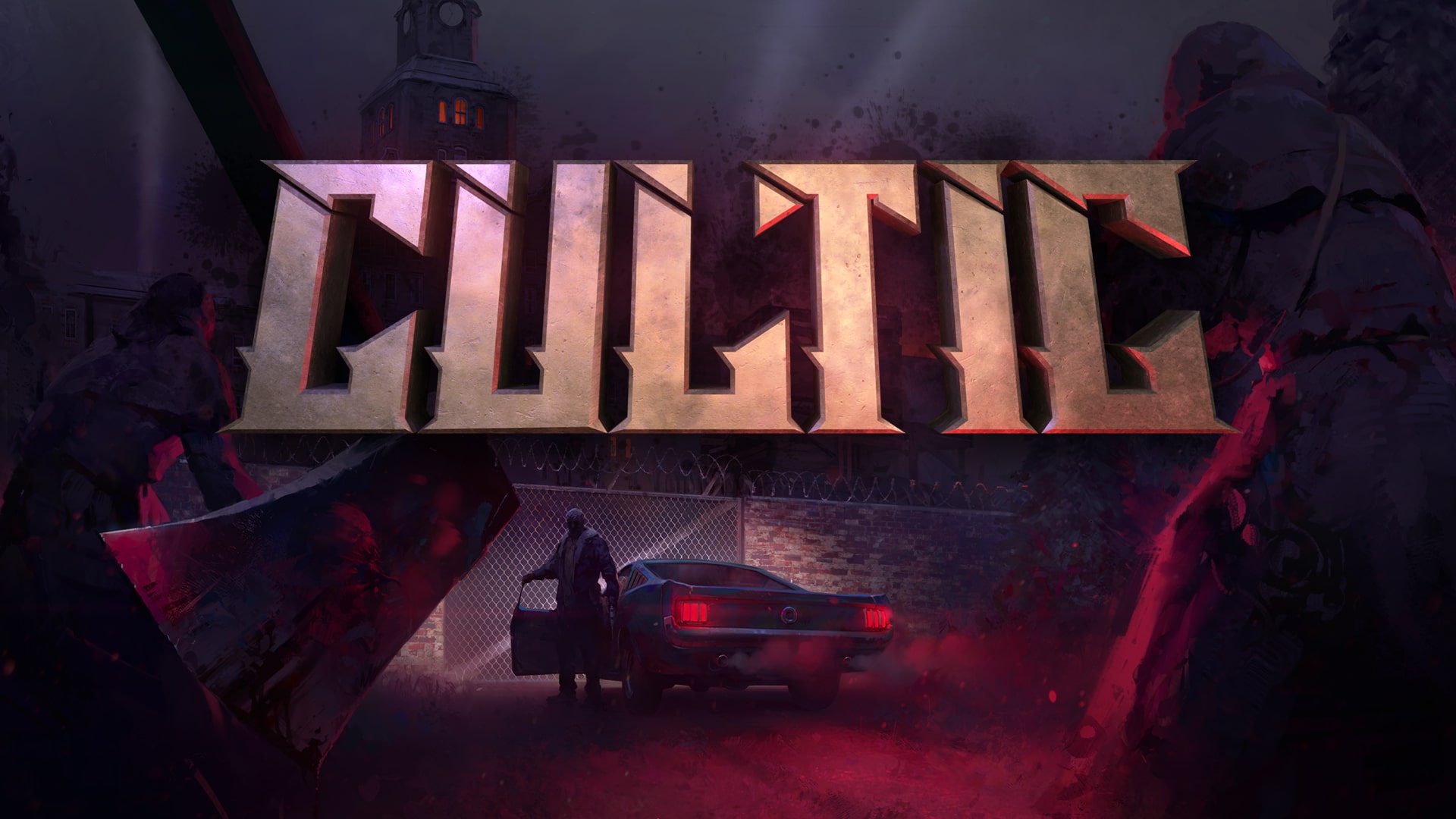 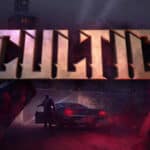 The fascination with Cults isn’t a new thing and something the horror genre has thrived on for decades. Video games, similarly, picked up on it way back in the 90s, and since then, we have had countless titles that have a focus on uncovering the mystery behind these cults. This year, we even had a game about running one, so naturally, a retro shooter about wreaking havoc on a cult was bound to come out. In our Cultic Chapter One review, we take a look at the impressive solo-developed retro-styled shooter from Jasozz Games and 3D Realms.

Cultic is inspired by various retro shooters but does enough to stand on its own without leaning too much into any particular title. While it may look like Blood is an obvious inspiration, I feel it’s only in a thematic sense rather than the execution. At its core, Cultic doesn’t limit itself to a singular gameplay style and encourages players to experiment with how they want to approach a particular combat encounter.

Most areas are wide enough for you to take your time planning things through and adapting to a strategy you feel is appropriate for that particular section. This usually means you either close in the distance or hang back to avoid damage significantly but risk losing ammunition.

Cultic lets you carry dynamite bundles that you can place, throw, and spread around to suit your strategy. I found this mechanic wonderful because it meant I could hoard TNT and drop a bunch of it in a pile, wait for a boss to move towards it, and essentially finish the fight with a single shot. The TNT isn’t exactly a weapon, but rather, a tool that complements your weapons. The game doesn’t punish you for coming up with these tactics, and it’s one of the reasons Cultic stands out.

You can sprint, slide, kick, and jump around like a maniac, allowing for maximum maneuverability. I recommend spamming the slide (crouch+dash) to quickly cover distances and avoid incoming shots as well. The game feels great to play, and the movement mechanics play a big part in how you approach combat.

Enemies never overcrowd you, and even sections with a large amount are spread out for you to take your time and pick off each as you please. If you’re a fan of the genre, I highly recommend picking one of the harder difficulties.

The “standard” one can be a bit too easy, in my opinion. My playthrough took me around 5 hours, and I imagine it would’ve been a bit longer on harder ones. You’ll still have a fantastic time on Standard, though.

Your arsenal grows with each level, and before you know it, you’ll be swapping between your pistol, lever action, shotgun, FG-42, and much more with ease. Personally, I loved the main pistol, and the mid-century weapon selection is a welcome change to the usual modern weaponry. The lever action lets you headshot enemies in succession, and it’s a great feeling.

You can upgrade each weapon, but I doubt you’ll max out every single weapon in a playthrough. The game encourages you to have favorites. By the end, I had split my points so that only 2 of my weapons were fully upgraded. This wasn’t something that became a problem or made me feel underpowered.

Guns feel great to handle, and apart from the melee hatchet, which I stopped using after a while, every part of your arsenal feels balanced and viable. Despite my growing arsenal, at no point did I feel like something was occupying more space or getting in the way.

My main problem with weapons is how there is no audio or visual feedback that you’re out of ammo. Yes, it only takes a second for you to realize you’re out, but a simple sound effect or animation confirmation can improve things substantially. It’s almost a standard practice at this point. You only have the ammo counter at the bottom left of the UI to show you that you’re out, but when you’re in an intense combat encounter, you rely a lot more on what’s happening in front of you.

Enemies use weapons similar to what you’ve equipped, and each enemy type is essentially color-coded with a different cult hood. It’s a neat design choice because it lets you identify the type of weapon they’re carrying from a distance while also making thematic sense to emphasize their rank in the cult. Apart from the color-coded enemies, you’ll encounter supernatural stuff as well, which I won’t spoil, and a few mini-bosses throughout the game.

Each level does enough from a visual standpoint to feel different. You could be going through a forest in one level while crawling through a crypt in another. Despite the labyrinthian feel of some of the more interior levels, I never felt lost and always knew where to go. The interconnected nature of the levels helps in navigation and allows for a goal to move towards.

The game has this quality of throwing you into wide areas where you might have to find a way through and feel momentarily lost, or it’ll squeeze you into claustrophobic corridors or wall cavities to really freak you out. This is the type of variety that keeps things interesting and fresh to ensure solid pacing.

There are plenty of opportunities for exploration as well. Personally, I’m really bad at finding secrets, and each end level screen confirmed that. If you have a good eye for finding things like that, you’ll have more to do in a level.

Cultic is a gorgeous game and has some excellent art direction. Its stylized approach to practically everything in the game world creates a consistent level of quality throughout the experience. Enemies feel distinct enough for you to identify what they’re carrying, and bosses have this otherworldly mutated look that instantly stands out when you approach them. This sudden disconnect of when a cult turns into more is always supported with very disturbing imagery.

Cultic doesn’t shy away from its horror roots either and continues to show tons of gore, but given its art style, it’s never realistic enough for it to feel gratuitous. It’s more about the implication and after-effects of the cult’s practices rather than direct confrontation. It’s admirable to strike a balance between the horror and the reality of what this is based on, and the presentation does that job well.

The weapons look and sound fantastic. The reload animations, especially, are a highlight. Just look at this.

If I had to raise a concern, it’s that, at times, the darker wide areas can become a bit hard to navigate, even if you have the lighter equipped. This doesn’t happen often, but when it does, you have to circle around the same area for a few minutes. This could be an intended effect, but it’s not something I was a fan of.

Additionally, at times, it’s hard to tell where an enemy is when you’re using the FG-42’s scope, even though this should technically increase visibility. The art style for enemies works fine in most cases, but it’s the really far away enemies that can be a bit of a problem.

Overall, the presentation is one of the highlights of my Cultic Chapter One review.

I wasn’t sold on the music at the start, but it really grew on me, especially with how it complemented gameplay. The beats almost matched your shooting, and maybe it’s because I recently beat Hellsinger, but it sure felt like you were shooting to the rhythm somewhat.

Cultic has a story, but it’s more about the events that transpired and transpire as you progress through the title. You’re a resurrected detective investigating a cult who shoots first and asks questions, never. The main character isn’t the interesting part, but rather the mystery of the Cult, its origin, and practices.

Most of the storytelling is done through the usual conveniently placed notes with events detailed based on the location of various cult members. Some notes are actually kind of funny, especially with how those relate to real-life recruitments of shady organizations.

The game is obviously light on the story, and it works in its favor to maintain pacing. Sometimes all you need is a vague description of your motivations, and leave the rest to the presentation and level design.

Cultic is a fantastic shooter that encourages experimentation with how you approach combat. Its vast arsenal and movement mechanics allow for various viable options against many enemy types and bosses. With top-notch presentation and horror aesthetics, Cultic does enough to stand out in the heap of excellent retro-style shooters.

A few technical issues I ran into included being unable to change the resolution properly and a random crash during a level. Hope these are fixed in a few patches.

I’m looking forward to Chapter Two and can’t wait to see what Jasozz Games have in store for us.

What did you think of our Cultic Chapter One Review? Share what you think about it in the comments below.

This review is based on the PC version of Cultic. The key was provided by 3D Realms.

Review Overview
Awesome 9
Overall Score 9 out of 10
Good Stuff Tons of options in how you can approach combat encounters Great variety of mid-century weapons and tools, especially the TNT Top-notch presentation with a breathtaking skybox Great level and enemy design
Bad Stuff Some areas can be a bit hard to navigate Minor technical issues
Summary
Cultic is a horror first person shooter from Jasozz Games and 3D Realms. You can take on the role of a detective investigating a cult, and their practices, with a vast arsenal of mid-century firearms.
TAGGED: 3D Realms, Cultic, Jasozz Games
Share this Article
Facebook Twitter Email Copy Link Print
What do you think?
Surprise0
Love0
Sad0
Happy0
Sleepy0
Angry0