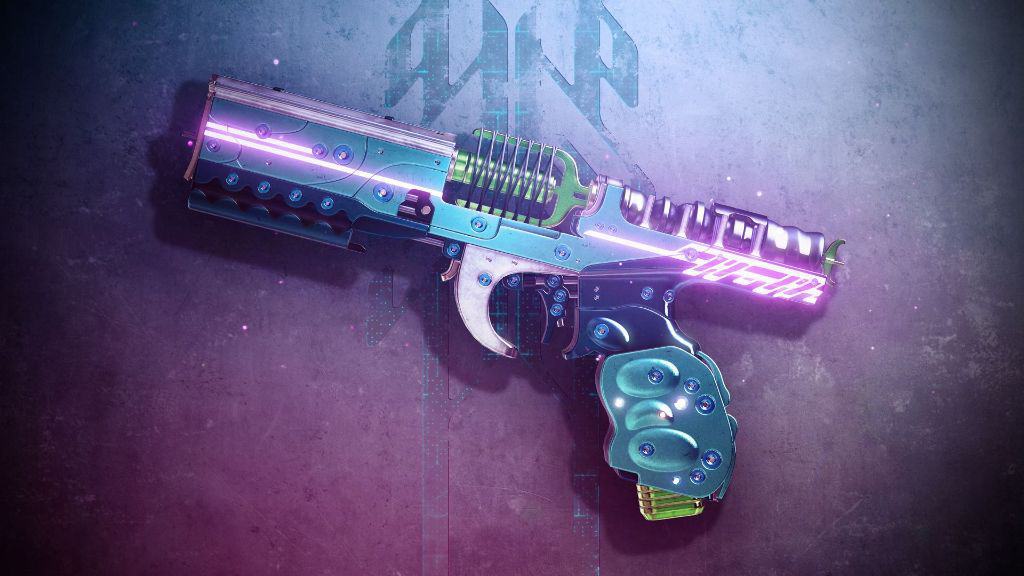 The Cryothesia 77k is a new Exotic weapon introduced in Destiny 2: Season of the Splicer. It is the game’s first Stasis-powered sidearm. This article will cover everything you need to know about this fancy weapon.

How to Unlock the Cryothesia 77k

You can get this weapon immediately if you previously purchased the Digital Deluxe Edition of Beyond Light. Go to your Season Pass page and click on the Rank 1 package called Premium Rewards. If you do not own Season of the Splicer, you need to reach Rank 35 to access this Exotic.

Cryothesia 77k is the fourth exotic sidearm to arrive in Destiny 2, after the Rat King, Devil’s Ruin, and Traveler’s Chosen. It is also only the second Stasis weapon added to the game after the Salvation’s Grip exotic grenade launcher.

Here is a quick overview of the weapon stats for this exotic sidearm:

From left to right, the weapon perks of Cryothesia 77k are as follows:

LN2 Burst is the intrinsic trait of Cryothesia 77k. This weapon features a variable trigger. Press your default FIRE button once to shoot individual bullets. Hold it to activate Charged Shot.

Watch the Cryothesia 77k in action against a couple of Fallen enemies. Take note that you need to kill one enemy to activate the Stasis effect:

The LN2 Burst is only active for 10 seconds. Keep in mind that once you fire a Charged Shot, the magazine will become empty of any remaining bullets.

When to Use the Cryothesia 77k

Cryothesia 77k has a high range for a sidearm, but it is still most effective for close-quarters combat. The Charged Shot is slow-firing and can be dodged by quicker, smaller enemies.

This weapon does not outclass the other Exotic sidearms in terms of overall damage output. However, you can use it to farm Bounties that require Stasis kills in case you do not want to equip the Stasis sub-class or Salvation’s Grip.

How to Unlock the Catalyst

Stasis Trigger is the name of the Catalyst Quest for the Cryothesia 77k. You can claim it from Banshee-44 at the Tower right from the start of Season 14. Here are the three steps needed to unlock the catalyst:

Do not be intimidated by the fifty Guardian kills! You can finish this requirement without needing to use Cryothesia 77k in PvP. Just load into a Crucible or Gambit match and kill enemy players with the weapon of your choice.

The second step is the most time-consuming one. You need to get the kills using Cryothesia 77k itself. However, the calibration data requirement can be complete without equipping the sidearm. It can also progress faster by winning in Gambit or Crucible, and completing higher-tier Nightfalls.

Once you unlock the catalyst, you must 700 kills using the Cryothesia 77k. Do this and you will be rewarded with a fully Masterworked version of the weapon.

The catalyst also unlocks the Cold Efficiency perk. It automatically reloads the sidearm from its reserves when you shatter a frozen target. This perk offsets the weapon’s greatest weakness, which is running out of bullets in the magazine after using Charged Shot.

Easy Way to Unlock the Catalyst

Do you have the Season 14 Pass or the Digital Deluxe Edition? Then you can start leveling it up to unlock the following:

These two Season Pass boosters will provide a significant boost to the Cryothesia 77k catalyst quest.

Now you know all that there is about the latest Exotic sidearm. Good luck with the grind, Guardian!

Season of the Splicer is the 14th season of Destiny 2, Bungie’s popular online shooter game. It officially launched on May 11th after a lengthy maintenance update across all gaming platforms. Season 14 continues the picks up where Season of the Chosen left off, in addition to major content updates that were added in the game.