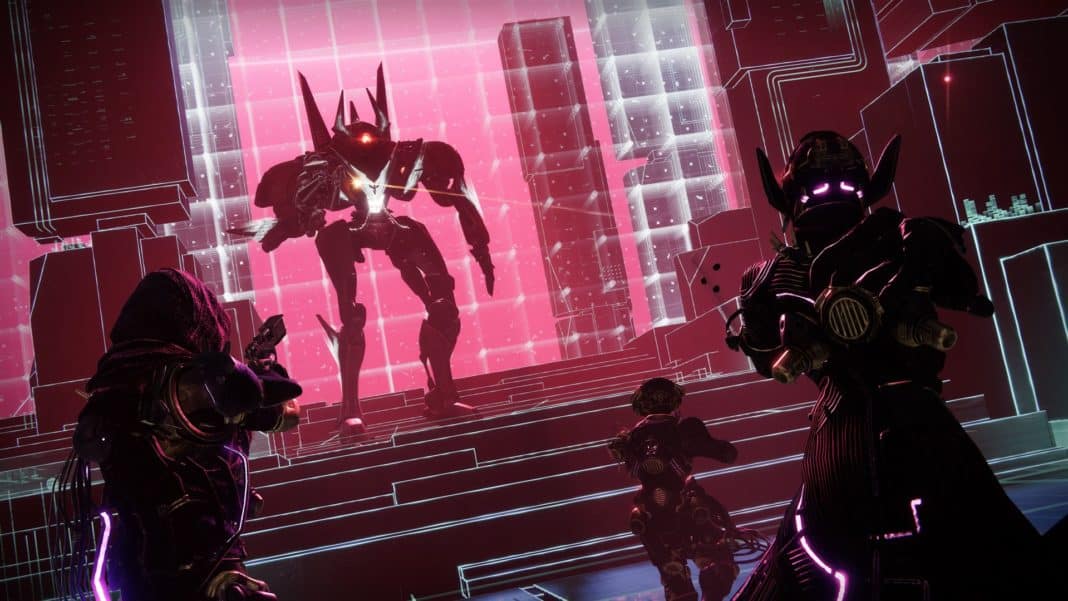 Season of the Splicer has arrived in Destiny 2, and with it comes a new co-op activity called Override: Europa. It is a six-man event with matchmaking based on Europa, the snow-covered moon of Jupiter that was first introduced in Destiny 2: Beyond Light.

The Override event is only available to players who own Season of the Splicer. If you have the Deluxe Edition of Destiny 2: Beyond Light, then you also have access to the latest seasonal content.

A power level of 1300 is recommended for this mission. If you took a break from Destiny 2 for a while and want to catch up with the new season, our Power Leveling Guide might be helpful.

How to Unlock the Override Seasonal Event

Go to Europa and start the quest entitled The Lost Splicer. This kicks off the seasonal storyline and rewards you with the Splicer Gauntlet.

The Splicer Gauntlet is an important item in Seas. Collect Ether by completing various activities in-game (Strikes, Crucible, Gambit, etc.). Use Ether to unlock Key Codes in the artifact. These are optional, but the Key Codes let you unlock bonus chests at the end of each Override run.

Now you are ready to begin the new seasonal activity.

How to Start Destiny 2 Override: Europa

We covered the entire seasonal activity in eight steps to help you understand exactly what is going on. There are a lot of mechanics, but you will get a hang of it after one or two full runs!

Open the Destinations tab and select the H.E.L.M. in the middle of the screen. If you played during Season of the Chosen, you will notice that it is no longer required to visit the Tower if you want to enter the H.E.L.M. from orbit.

Open the map of the H.E.L.M. and you will see that Override: Europa is marked by a purple icon. This six-man activity has matchmaking, so even if you do not have a full fireteam you can still take part in the fun.

STEP 3: Hack into the Vex terminal

Your group will spawn in front of a Vex terminal in Europa. Hack into the terminal to start the splicing sequence, and the enemies will start spawning. Spread out and start shooting!

STEP 4: Collect Data Motes and bank them into the terminal

If you are familiar with the Contact activity back in Season of Arrivals, then the task ahead is simple. Kill enemies, grab the motes, and bank them into the terminal.

Destiny 2 Override: Europa uses pink-colored motes. They are easy to see on the snow-covered map. You can only carry 10 motes at a time, so make sure to avoid dying before you can bank them in.

During the encounter, Saint-14 will call out that a Vex portal has opened. If this happens, one or more members of the fireteam can jump inside while the others stay behind to defend the terminal.

Inside the portal, there will be a group of enemies and a Vex Champion called the Scytale. Nothing special about it, just another orange-bar enemy that can be easily wiped out by any Guardian with a sword.

Kill the Scytale and it will drop a Data Spike. Bring it with you before leaving the portal so you can deposit it back to the terminal.

Data Spikes are white cubes that contain more data than a single mote. In a normal Destiny 2 Override run, you will need to deposit three of them to fully overload the Vex terminal.

When your fireteam’s progress bar reaches a certain point, the Vex will lock the terminal.

Everyone must stop collecting motes and gather around the terminal. Vex Champion blockers will spawn, so you must clear the area before you can progress further.

Several floating white blocks will then spawn around the terminal. Watch them carefully because as soon as one block turns red, you must shoot it down.

Destroy two more blocks and a platform will spawn. Jump up into the platform and hack the Vex terminal again to fully disable the countermeasures.

Steps 4, 5, and 6 take up a major chunk in Destiny 2 Override: Europa. Repeat them until the terminal is overloaded with data. After clearing the final countermeasure phase, a vortex will spawn on the ground where the terminal used to be. Time to jump down!

STEP 7: Travel across the Vex simulation

Drop into the vortex and you will end up inside the Vex simulation. If this is your first time, take a moment to appreciate the beautiful artwork.

The next stage is simple and straightforward. Jump across the disappearing platforms and slip through the laser traps. If you played Destiny 2 before Beyond Light, then this part is similar to the platforming stages of the Pyramidion strike.

Once you successfully crossed the simulated obstacle course, it is time to face the final boss.

Tacitas the Subjugated Mind is a giant Vex Harpy that spawns in the middle of the boss room. Your fireteam needs to take it down in three damage phases.

After every damage phase, Tacitas will return to the middle and become invulnerable. A Vex Scytale will spawn, as well as several large cubes around the room.

Kill the Scytale and it will drop the key to re-activate the next damage phase. Your fireteam must also run around and destroy the large Vex cubes to destroy the boss shield. Keep doing this until you finally destroy the Subjugated Mind.

Congratulations, you just finished Destiny 2 Override: Europa! Two chests will spawn in the room. One is the main chest for completing the activity, and the other is a Conflux Chest. The latter can only be claimed if you unlocked a Key Code for the Splicer Gauntlet.

Complete three Override missions each week to get a piece of Powerful Gear. If you have more Key Codes to spare, use them to open three Conflux Chests every week for a Pinnacle Reward. Enjoy your hard-earned loot!

The Season of the Splicer launched on May 11th with the introduction of Override: Europa as part of the new storyline. There will be two more Override activities on different destinations in the upcoming weeks. Override: Moon starts on May 18th while Override: Tangled Shore will begin on May 25th.

Season of the Splicer is the 14th season of Bungie’s award-winning game, Destiny 2. Owners of the Season Pass will gain access not only to Override but also a new Exotic weapon and other major updates to the game.