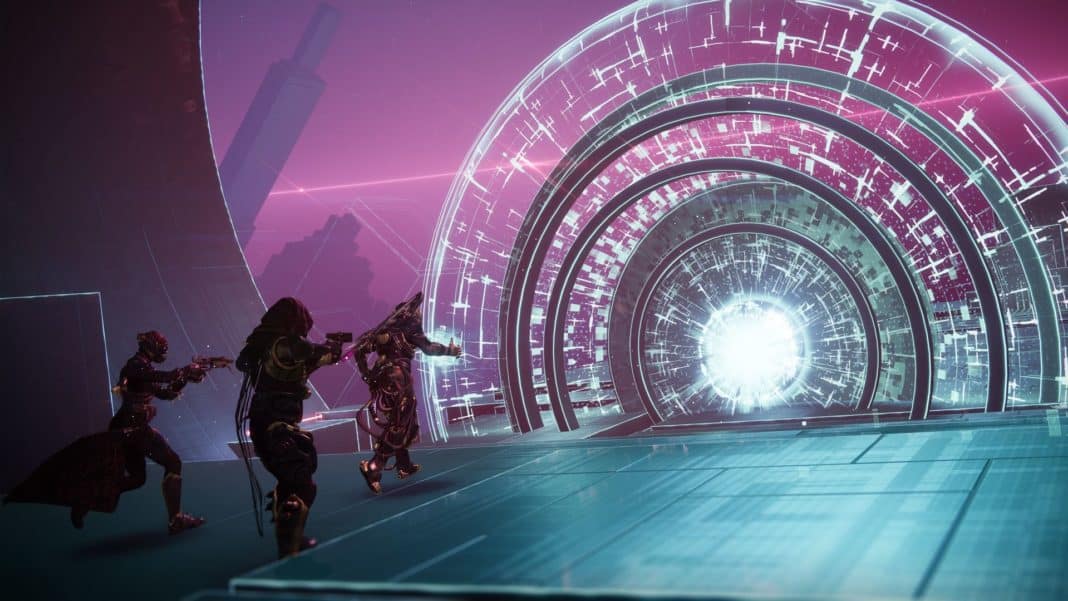 The Season of the Splicer enters its second week, and a new seasonal activity called Override: Moon is introduced. This six-man offensive is mostly similar to Override: Europa, except for a few changes in certain areas that will be covered in this guide.

How to Start Destiny 2 Override: Moon

Here is a detailed walkthrough on how to complete the new seasonal activity on the lunar surface.

Go to the Destinations tab and head over to the H.E.L.M. if you want to launch the activity from orbit. A power level of 1300 is recommended for this mission. You should also equip Unstoppable and Anti-Barrier mods against Champions. If you need to catch up on the power grind, check out our Destiny 2 Power Leveling Guide.

The launch button Override: Moon replaced the one for Override: Europa. If you have not tried last week’s seasonal activity yet, you have to wait for Bungie to include all Override missions in a future playlist.

Your fireteam will launch at a Moon base with a nearby Vex terminal. Hack into the terminal to begin the splicing sequence of Override: Moon.

Once you start hacking into the network, enemies will spawn around the area. Aside from the Vex, there will also be Hive enemies on for this activity. Bring a sword and watch out for those Unstoppable Ogres!

Similar to Override: Europa, start collecting the pink-colored motes dropped by the enemies. Once your fireteam deposits a certain amount of motes, a nearby Vex portal will open. Enter the portal and you will face more enemies and an Unstoppable Champion called the Scytale.

The Scytale in Override: Moon is another Hive Ogre. You can easily defeat it as long as you have a mod against Unstoppable Champions. Pick up the Data Spike dropped by the fallen Champion and exit the portal.

Deposit the Data Spike into the Vex terminal back in the Moon. These chunks of data speed up the splicing progress by a significant amount.

While you or another Guardian is busy stealing Data Spikes, the Vex will attempt to shut down the terminal using countermeasures.

The Vex will spawn more enemies and Champions. Defeat them all before they can shut down the terminal. Keep an eye out for re-supply boxes in case you need more ammo.

Once you clear the area of any Vex, security nodes will spawn around the terminal. Wait until one of them turns from white to red. Shoot down all red nodes so you can hack into the terminal again and resume the splicing process.

You will have to deal with Vex countermeasures three times during a single run of Override: Moon. Repeat Steps 3 and 4 until the terminal overloads.

Enter the Vex network to begin Override: Moon’s platforming stage. You will have to jump across disappearing platforms and slip through laser traps.

If you want to make this step easier, there is an upgrade available from the Splicer Servitor back at the H.E.L.M. that lets you generate additional platforms that never disappear.

Bypass the security platforms to reach the portal to the boss room. Here you will face a Vex Gate Lord, so ready your Supers and heavy weapons!

Portunos the Subjugated Mind is the final boss in Override: Moon. You need to take it down in three phases. Use The Lament from Beyond Light if you have it because it deals massive amounts of damage!

Once your fireteam wipes out one of Portunos’ three health bars, he will teleport you to a different part of the Vex network.

Your fireteam will spawn in a room with yet another Unstoppable Ogre Scytale. Kill it fast and pick up its dropped Data Spike. Shoot down the floating Vex cubes to disable the barrier and enter the portal.

The portal will lead you back to the boss room. There is a Vex terminal to your left; this is where you need to deposit the Data Spike to start the next damage phase.

Repeat this step two more times and you will eventually delete Portunos from existence!

Congratulations! You finally defeated the Subjugated Mind and completed Override: Moon. Two chests will spawn at the end of the activity, just like in Override: Europa.

Always remember that you need a Conflux Key to open the chest to the right. If the RNG is in your favor, then you might end up with a god-roll weapon or a piece of high-stat armor!

Season of the Splicer launched on May 11th along with Override: Europa. Now that you finished Override: Moon as well, it’s time to wait for the next seasonal activity. Override: Tangled Shore will begin on May 25th right after the weekly reset.

Destiny 2: Season of the Splicer also introduced players to a brand-new storyline and a season pass Exotic weapon, in addition to major gameplay changes. Keep an eye out for more seasonal content from Bungie in the following weeks.