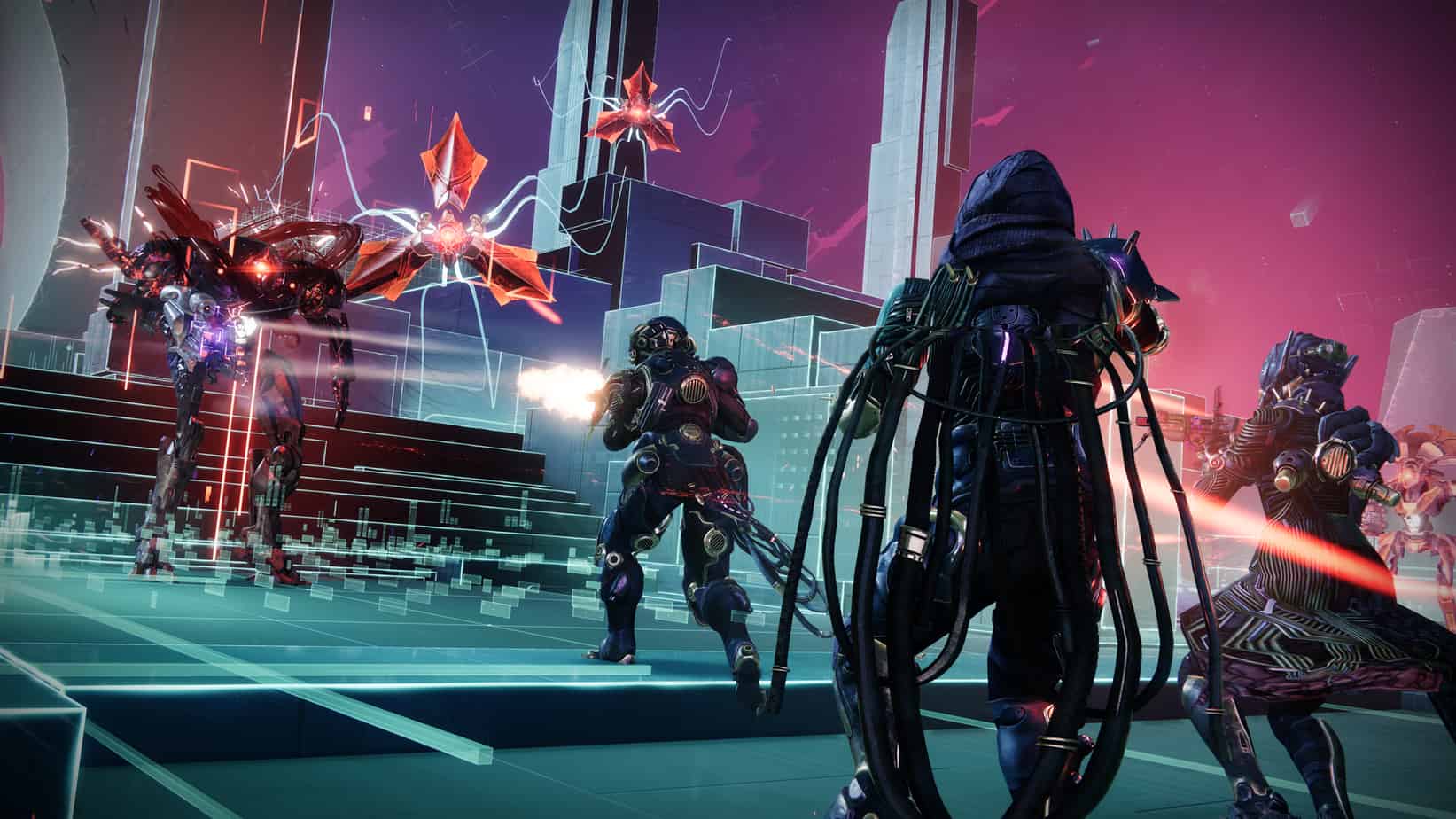 The third week of Destiny 2: Season of the Splicer introduces players to Override: Tangled Shore. This six-man offensive continues the fight against the Vex after the Guardians stopped them in Europa and the Moon.

This is a step-by-step guide on how to start and complete the latest seasonal activity.

If you are in Orbit, go to the Hub for Emergency Logistics and Maneuvers, or H.E.L.M. for short. Click on the Override launch icon from the map. Similar to the Override activities in Europa and the Moon, a power level of 1300 is recommended for this mission.

Do not worry if you took a long break from Destiny 2, because our Power Leveling Guide will aid you in catching up with the grind.

Here is a five-step summary of the entire seasonal activity. Make sure to equip your Overload and Anti-barrier mods before jumping into Override.

Now that your fireteam has landed on the Tangled Shore, it is time to begin the activity. Head over to the Vex terminal to begin the splicing sequence. Prepare to face hordes of Scorn enemies.

There are two types of data that fill up the progress bar for the splicing sequence: motes and spikes. Data motes are collected from enemies that spawn around the terminal.

On the other hand, data spikes can only be stolen from Champion enemies called Scytales. You need to open the nearby Vex portal by depositing motes.

The Scytales in Override: Tangled Shore are exclusively Overload Vex Minotaurs because the Scorn does not have a Champion of their own. At least there are no Unstoppable Champions in this version!

Once you have entered the portal, you have a few minutes to kill the Scytale and carry the data spike with you before the Vex automatically kick you out.

Deposit three data spikes in a single Override: Tangled Shore run to increase the chances of spawning a special enemy later in the boss room.

Every time your fireteam deposits a certain amount of motes, the Vex will attempt to shut down the terminal with countermeasures. More red-bar enemies will spawn, along with yellow-bar Intrusion Detectors.

You will be unable to deposit any more motes and spikes until all countermeasures have been destroyed.

After clearing the area of enemies, security nodes will spawn around the terminal. Watch out for the ones that will change from white to red because these are the ones you need to shoot.

If you destroyed all the red security nodes, hack the terminal again to resume the splicing sequence. You have to jump up various platforms to reach the top.

Continue Steps 3 and 4 until the progress bar reaches full. The Vex terminal will overload and create a vortex on the ground. Drop down to start the next stage of Override: Tangled Shore.

Override is not complete without a platforming section. By this time, you should already be familiar with the long slides, laser traps, and vanishing platforms inside the Vex simulation.

Reach the portal at the end of the area to start the fight with the final boss of Override: Tangled Shore.

One final task lies ahead. Your fireteam must delete Thesomotae the Subjugated Mind from existence in three damage phases. Anti-barrier mods are useful against this boss because you need to pierce those rotating shields.

After each damage phase, Thesomotae will teleport outside the boss room, which is protected by a huge invincible wall. Just like in previous Override activities, a Scytale will spawn in addition to more Vex mobs.

Kill the Scytale, deposit the data spike into the terminal, and prepare for the next damage phase. Remember to destroy the floating cubes to shut down the Vex security walls.

Unlike in Override: Moon, this boss does not transport your fireteam to a different room after the damage phase. That means no extra platforming sequences and—thankfully—no Unstoppable Ogres!

This final encounter is probably the easiest one among the three Override missions. Coordinate your Supers and heavy attacks and Thesomotae will be wiped from the face of the simulation in no time.

Congratulations, you completed Override: Tangled Shore! If this is your first time completing the mission, then you will also unlock the Expunge weekly pinnacle mission.

How to Play the Other Override Activities in Destiny 2

Override: Tangled Shore has replaced Europa and Moon during the third week of Destiny 2: Season of the Splicer. Do not worry if you missed the last two Override missions. Bungie will make them available for replay in the following weeks.

Destiny 2 is the award-winning First Person Shooter MMORPG from Bungie. It is currently on its fourteenth season which officially began on May 11th. In addition to the Override activities, Season of the Splicer came with new Exotic weapons and armor as well as a whole bunch of Season Pass rewards. Check out Bungie’s official seasonal calendar for updates on the next major content drops.