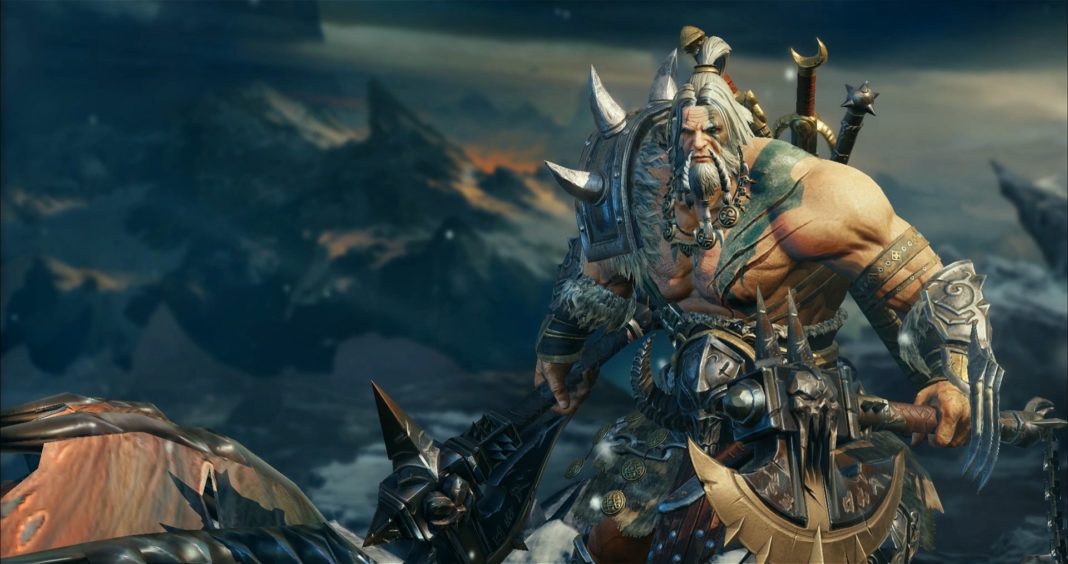 Diablo Immortal had a rocky start. Fans were disappointed that Blizzard didn’t announce Diablo 4. They were also skeptical of the mobile version of their beloved franchise. The line, “Is this an out-of-season April fool’s joke?” became an instant hit in the gaming world. Since then, Diablo Immortal has had many trailers and preview events and was generally regarded as a genuine mobile Diablo.

So what’s the problem here? The issue, as with most mobile free-to-play mobile video games, is the microtransactions. Sure, Diablo Immortal needs to have in-app purchases and microtransactions to turn a profit, but that is perfectly understandable and most of the time, if implemented correctly, appreciated as well.

So is Diablo Immortal Pay to Win? Not completely, but it treads dangerously close to the edge.

I’ve been playing the game since launch and in all honesty, you don’t need to indulge in any microtransactions. Unless you want to enjoy the endgame. And fans of any ARPG know how important the endgame is.

If you are a casual mobile gamer like me, you can easily have hours of entertainment without having to pay a single cent. However, if you are a regular Diablo fanatic, the endgame grind and the quest to further enhance your character with legendary gems is where you run into problems. This will also hinder your character progress if you’re going to try the PVP modes. One thing is for sure, this isn’t like Diablo II or even the upcoming Diablo IV.

I’ve played the Android version of Diablo Immortal. The game is on iOS and is also available on PC via Battle.Net.

Let’s break down the numerous microtransactions in Diablo Immortal, so you can get a better idea of how outrageous they are.

There are currently 3 types of currencies available in Diablo Immortal: Gold, Platinum, and Eternal Orbs.

Gold can be easily obtained in-game as most defeated enemies frequently drop it, it’s the most common currency and is quite easy to accumulate. As of now, you cannot buy gold with real money, and it can be only obtained through gameplay.

It is also possible to get Platinum during normal gameplay, but it is rarer than Gold. You can sell certain in-game items or complete special tasks to obtain Platinum. Platinum can be used to complete in-game transactions and get powerful items. However, the most common use would be to make Legendary Gems.

Eternal Orbs are obtained by spending real money. Here’s how many orbs you can get:

Eternal Orbs can only be obtained by paying real money, and they cannot be earned through gameplay. As you might’ve guessed, they are used to get the best items in the game. You can purchase Legendary Crests, Dawning Echoes, and Reforge Stones with Eternal Orbs, all of which are essential for the endgame.

Crests is a fancy way of saying loot boxes in Diablo Immortal. Sure, the game doesn’t offer any traditional loot box system as we’ve seen in Blizzard’s own Overwatch, but the inclusion of Crests more than makes up for it. In Diablo Immortal players can enter randomized areas through a portal, these areas are called Elder Rifts. We’ve seen Rifts in Diablo 3 as well, so the gameplay isn’t straying far from tradition. There is a meter that fills up as you defeat enemies inside the rift and at the end, a rift guardian spawns, which is kind of like a boss.

So far so good, right? You defeat the boss and earn rewards which include upgrade materials and sometimes legendary gems. This is where things get interesting, by applying Crests at the start of the Elder Rift you can increase your chances of getting premium rewards. So if you use Rare Crests, you’ll increase your chances of getting a Legendary Gem drop by 10%. Similarly, if you apply Legendary Crests, you’ll get a guaranteed Legendary Gem.

Okay, sure, that doesn’t sound awful. Well, there’s still a chance you won’t get a 5-star quality Legendary Gem. Which is exactly the type you need to max out the stats of your character.

You can purchase crests anytime through the marketplace, or you can directly buy Legendary Gems by using platinum. Legendary Gems can be crafted using Runes and Platinum, they can be rewarded from the Battle Pass as well. Another way to get Legendary Gems is to trade Fading Embers and Hilts with special merchants inside the game.

There is also a Battle Pass available in Diablo Immortal. It works exactly like other free-to-play games that have battle passes, there are two different tiers, one is a free one and the other is a premium one. The premium tier provides extra materials and content.

You can purchase the “Empowered Pass” by paying $4.99 anytime and get all previous rewards in the Battle Pass. You can also pay $14.99 to instantly unlock 14 premium tiers on the battle Pass. I don’t think you need to purchase the Battle Pass, but if you’re enjoying the game and want to get some extra materials, weapons, and cosmetics, it is a reasonably priced purchase.

Cosmetics don’t directly impact your stats whatsoever and only change the look of your character. If Blizzard only had cosmetics for purchase, there wouldn’t be this much backlash. The cosmetics look fairly nice and are different for each character class. The price of cosmetics is different, but usually ranges around $15-$25.

Upgrading gear in Diablo Immortal starts fairly simple, you can upgrade your gear using scrap materials that you acquire by scrapping unwanted weapons and armor. Rare items yield rarer materials, but also require more resources to upgrade. In my experience, if you are constantly loading everything and scrapping it whenever you visit the armorer, it will be fine for the most part.

However, once you get into upgrading your legendary gear, you’ll soon find that Glowing Shards are a bit harder to come by. Fortunately, or unfortunately, you cannot purchase Glowing Shards directly from the marketplace with real money. But, the developers have found a clever workaround that allows you to purchase upgrade materials by buying Platinum currency with real-world money.

So technically you are not buying materials that directly impact in-game performance with money, but we can see through this façade.

Lastly, we need to talk about Reforge Stones. Reforge Stones, as the name suggests, are used to reroll legendary items. This means if you don’t like the stats of a legendary item, you can use a Reforge Stone to give the item your stats and effects. Here is the catch, you don’t know what you’re getting until the process is done and your Reforge Stone is used. The random nature of the reroll’s means you will spend several Reforge Stones until you get something you fancy. Or, if you’re super lucky, get it on the first try (which we all know isn’t happening most of the time).

You can get Reforge Stones from Hilts Trader, a special NPC. They exchange Reforge Stones in exchange for “Hilt” items. Hilts can be obtained from weekly and daily objectives and some can be found in rifts, Battle Pass rewards, and other quests. The Reforge Stones are also given at the end of a PVP season, which is usually going to take a lot of time.

Of course, if this sounds too much work, you can easily get Reforge Stones from the in-game store using Eternal Orbs.

One Reforge Stone costs 100 Eternal Orbs, which is around $1.50 depending on which Eternal Orb bundle you bought.

Finally, something that isn’t strictly microtransaction based, daily rewards are doled out for logging in and killing a single monster. Similarly, weekly rewards are given each week. The point to be noted here is that you need to claim them daily, or they are lost, you cannot go back and claim previously unclaimed rewards. This is standard practice in many free-to-play mobile games that encourages users to log in daily.

There was also a “Boon of Plenty” microtransaction monthly service that provided additional rewards and remote access to the marketplace. For a price of just $4.99 a month, you could reap these rewards. The worst part? You could lose out on the rewards if you didn’t log in that day. It is a paid service that forces you to check in every day. Thankfully, the service is temporarily disabled from the game, but we are sure it will come back soon.

Diablo Immortal is not a pay-to-win game, but it treads close to the boundary. The microtransactions in the game are carefully crafted, so you don’t buy items that make your character stronger from the marketplace.

It is fairly possible to play through the whole campaign without spending a single dollar, but the game makes it painfully hard to do so, especially in the endgame.

The fact of the matter is, that any player that spends thousands of dollars on the game will get stronger earlier and faster.

Thankfully, fans of JRPGs have loads of choices. And apparently, Microsoft has 10 RPGs in the oven. It’s a great time to be a videogame fan.

There’s a good game buried beneath the mountains of bundles and microtransactions. Hopefully, as the game gets more updates, the developers may tune down certain elements that are hurting the overall experience. 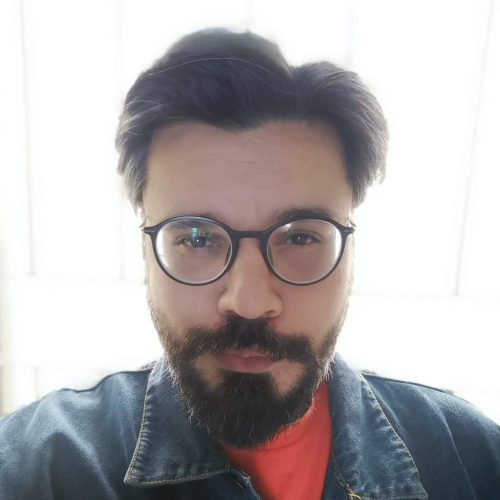