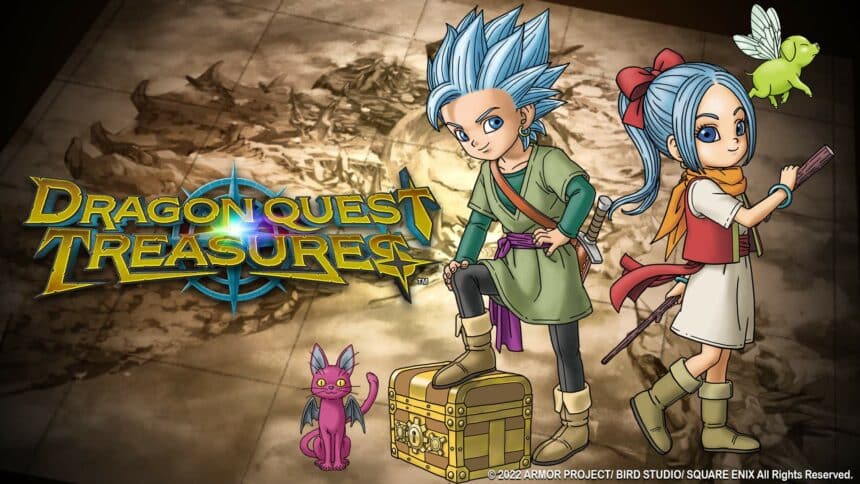 If you pre-order Dragon Quest Treasures, you’ll get the following additional content.

These items are pretty useful and should come in handy for players in their earlier quests. The Chimaera Wing lets you zoom back to the base without dropping any treasures that the player is currently carrying. Better Buddy Bullet increases the likelihood of a monster wanting to join your gang, and the Fullheal Pellet restores the HP of a single ally.

Even though most of these pre-order bonuses are cosmetic in nature, you’re actually getting a few useful items in this one. It’s very likely that you’ll be able to get these in-game, though, but starting with these can potentially make your opening hours a bit easier.

You can pre-order the game for the Nintendo Switch from the links below.

Dragon Quest Treasures is coming exclusively to the Nintendo Switch on December 9, 2022.

It’s possible that after the Switch exclusive period, the game will make its way to PC and PlayStation consoles as well. This will likely happen after six months or a year.

While you’re here, make sure to check out our other pre-order guides for other upcoming releases, including Need for Speed Unbound, Wu Long Fallen Dynasty, and Gungrave GORE.

What do you think of the Dragon Quest Treasures Pre-Order Bonus content? Do you think it warrants an early purchase? Share your thoughts in the comments below and let us know.