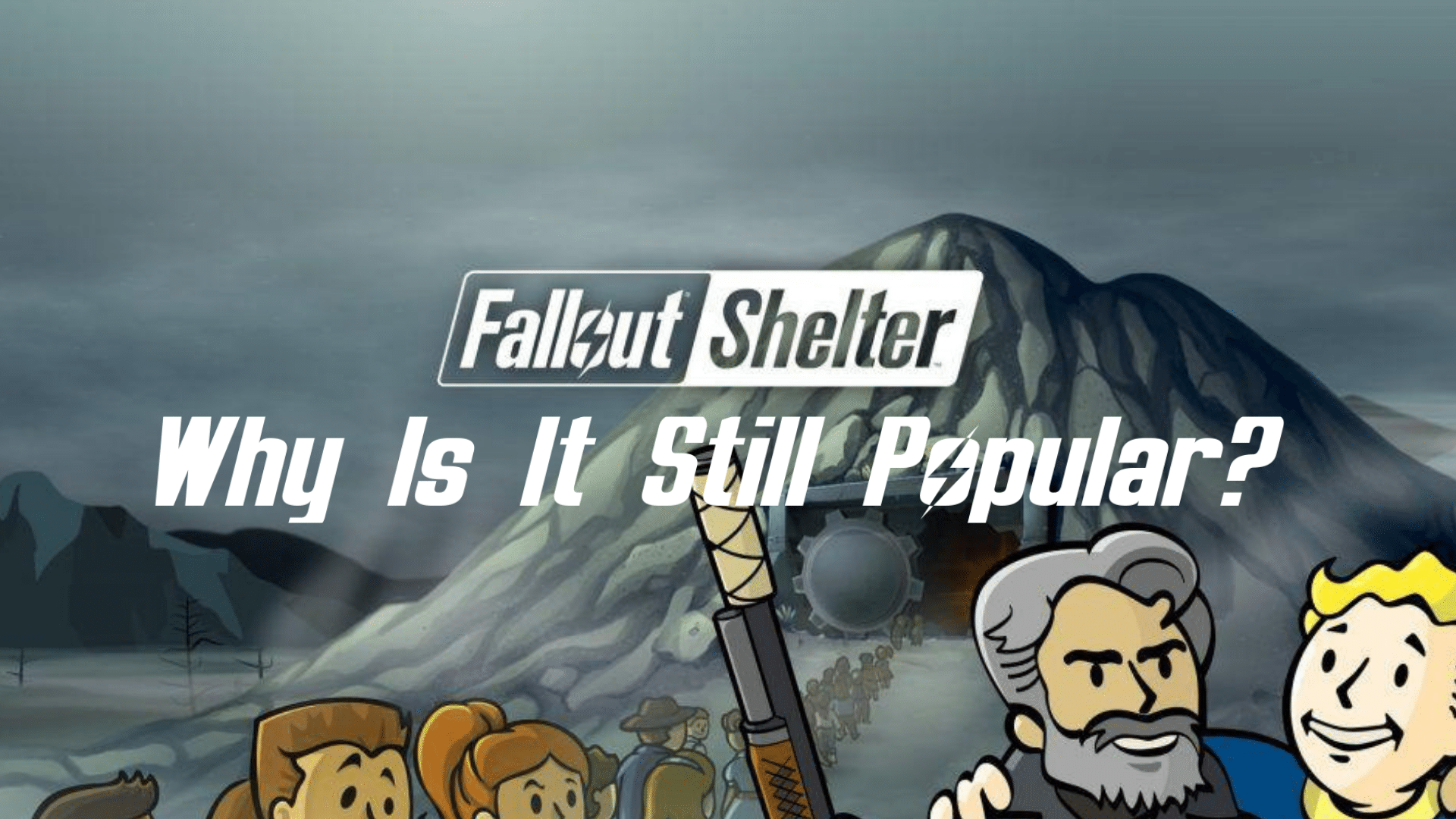 Many games drop into public consciousness and back out again. Many are looked back upon as brief diversions but are ultimately never played again. Then there are the games that don’t really make a splash when they are first released but seem to run a slow-burn level of popularity over several years.

Good examples include Final Fantasy 14 after its initial game was fixed, Elder Scrolls, Rimworld, Panda Pop, XCOM, Divinity: Original Sin 2, and Fallout Shelter. And, where it is easily possible to write an e-book on why each is still popular, this article covers the odd duck that is Fallout Shelter.

As a Fallout game, it never received the press coverage or social media acclaim that its bigger franchise titles did. Yet there is still a very active player base, and hundreds of people are finding and reviewing the game every week. Why has this game lasted so long where others Freemium games have failed?

They Put The Game Everywhere

Bethesda has the marketing power to put the game everywhere, and that is exactly what they did. They put it on Google Play, Apple, Xbox, Playstation, Steam, Microsoft store and Nintendo Switch. They would have run it on pocket calculators if they could. The game won several awards on the year of its release and the year after, and it holds a positive review on all the platforms you can download it from. These alone are not reasons why the game is still popular today, but they form a good foundation for a long-term popular game.

In perhaps one of the best Freemium moves ever, they allow you to build rooms instantly, to collect rewards whenever you feel, and it is only the upper tier items you need to wait for. For the first half of the game, almost everything can be done quickly, and the things you have to wait for are worth the wait.

It is only later in the game when you decide you want the very best weapons, or you want to go on the super dangerous quests, that you have to start waiting longer for things. Even if you are looking to level up your dwellers, the top-tier levels may take tens of hours to complete but working towards those juicy level 10s still offers very powerful benefits (if dwellers are put in rooms or in quests).

In many Freemium games, the waiting is the core game mechanic that people look to pay to avoid. In Fallout Shelter, waiting is only something you do if you want something extra. The core game is all about maintenance, exploration and achieving goals, and none of that is hindered by having to wait.

In truth, the in-game purchases are not needed at all, which is another big selling point for this game. Take another good game like Elden Ring. If you want, you can go online right now and buy Elden Ring runes or items and make your game easier, but you don’t have to in order to have a good time. Then take a game like War Thunder where the only way to “Avoid” a bad time is to pay lots of money.

The game is very well thought out so that people only buy if they want to have extra fun, which is why it is all the sadder that the four primary game developer have not been directly attached to any other projects since they made this game.

There Is a Very Deep Level of Complexity

Fallout Shelter benefits greatly from the work its bigger titles have done in advance. The game mechanics are very complex, but they don’t need explaining because the previous titles have set the rules and they have already been integrated into the world with consummate ease.

Dwellers need water and food, which is pretty standard, and they need power. But, they also have skills, and these skills can be trained, and each skill affects a facet of their in-game abilities. Characters with more charm can make babies faster, whereas characters with more perception can perform critical hits more easily on quests.

Take a look at the tips videos for Fallout Shelter on YouTube, and you will see just how deep the rabbit hole goes. Dwellers can have clothes, pets, weapons, they can be assigned to rooms that suit them and win rewards, or they can be sent into the wasteland to do quests or pick up junk and currency (caps). Again, they get away with this level of complexity because many of the rules are already in place. For example, most people already understand that they use bottle caps in the place of currency, and that radiation makes the health ball smaller, or that Deathclaw enemies are more deadly than raiders.

There are plenty of Freemium games out there that are complex, but the way it has been thought out and integrated into the game, and thanks to the rules set in place by the other Fallout titles, this Freemium game can be complex but easily approachable.

You really can’t rule out brand recognition. They keep bringing out Fallout games, so the Freemium game keeps seeing a bit of added recognition every now and again. It is the best type of free in that you are not forced to watch adverts or pay to win. Plus, the publisher hit upon the idea of having discounts on their paid micro transactions. The discounts happen every few months, and they appear on the in-store apps.

This means that every now and again, you may be playing your Playstation, taking a look at the store and see discounts for Nuka Cola bottles, and start wondering if you should check in on the vault you made last year. Before you know it, you are re-addicted to the game, and you are back to posting memes about it on Facebook.

All in all, the game deserves the popularity it has slowly built over the years, and the non-predatory way they added micro transactions should serve as a lesson to all Freemium games on how to do the “Free” part correctly.

By Saad Muzaffar
Follow:
Greetings! I've been into tinkering around hardware ever since I've opened my eyes. With a fair share of experience (and broken keyboards) behind my back, I've spent tons of time ensuring I get the latest scoop on everything related to hardware.
Leave a comment