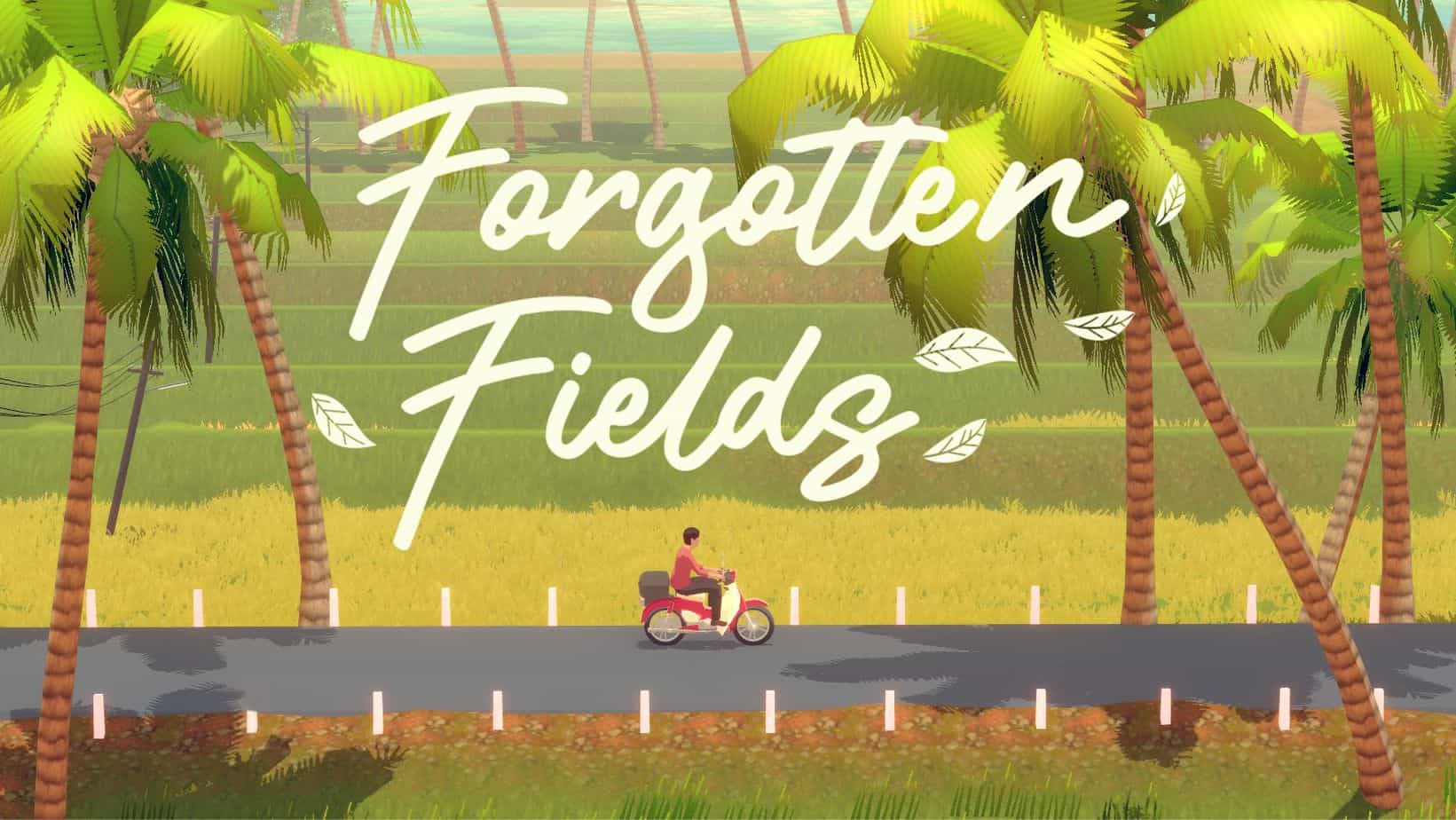 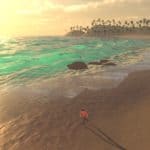 Forgotten Fields is an indie game developed by Frostwood Interactive, published by Dino Digital, with music by Micamic and Altadore. It is quintessential to name everyone involved in this game because frankly, it is an amazing one. Every choice made feels deliberate and everything falls perfectly into place to create an unforgettable experience.

A Lesson in Simplicity

At its core, Forgotten Fields derives much of its gameplay from the “point-and-click” titles similar to “The Wolf Among Us”, or other Telltale titles. But, that doesn’t stop the developer from creating a very unique and heartfelt game. The story itself is a simple one, a struggling writer on a creative drought is under stress to deliver his newest book proposal, during his creative process he is invited by his mother to go back home and say goodbye to his childhood home.

Graphics and controls are as simple as they can be for a game, but by expanding upon this simplicity in such a masterful and moving way Forgotten Fields, ranks amongst a very exclusive list of games like Journey, If Found…, and the recently reviewed Before Your Eyes. These rare games deliver a moving, and meaningful story and experience by betting everything on its ability to connect, provoke and explore human emotions, and Forgotten Fields hits the mark beautifully.

The Chapters of Our Lives

Behind a simple story, Forgotten Fields should connect with almost everyone who left their parents’ house, but it will leave a lasting impression on any artist and creator, and it will hit especially close to home for writers who clearly see their lives depicted in a game. It capitalizes on feelings natural to everyone who has come of age but shines brightest by tackling themes like complacency, nostalgia, fear, taking things for granted, imposter syndrome, anxiety, and even mental illnesses.

As a narrative device, we get to see the main character, Sid, developing his book, and the story parallels his own. Through Sid’s creative process and narrative we see the book come to life just as if we were reading one ourselves, images and scenarios start taking shape piece by piece until we forge a mental image of what we read. The main character of his book is in search of “Magic” which is the sense of wonder we so intensively had when younger and faulters as we grow older and more skeptical about life and its experiences. We become less impressionable and tend to look at life with a more existentialist, and fatalist view, or one through the lenses of declinism, as said by one of the characters.

“It’s The Very Impermanence of Things That Makes Them Beautiful”

There’s a lot to unpack in the five-hour campaign this game offers, and it would be remiss to write a Forgotten Fields review, without praising how in-depth they capture the essence of creators, adulthood, philosophy, insecurities, feeling like our best days are behind us, the duality of passion versus safety, and how we as adults often remember the feeling we felt when kids and tremble at the thought of not feeling them with the same intensity again. It also criticizes the way that creativity and originality are being suffocated by the expectation of corporations and the market, in a very subtle way.

There’s an entire paper to be written about all the small details this game so attentively crafted to players, but it would lead us into spoiler territory, and the most important take from this Forgotten Fields review is the fact that this game has to be experienced, on its entirety with no spoilers. The game wants you to reflect on your own ties to the past, and think about how much you’ve been holding on.

Forgotten Fields is not a perfect game, in fact, the contrast between the attention to detail given to scenarios, wide shots, cinematography, locations, versus its characters is astounding. The game is astonishing at times, and the characters look extremely generic. Though I firmly believe that even the extremely generic-looking characters are definitely a conscious choice from developers, to convey that anyone could be those characters, thus ensuring that players could easily place the face from any friend face into the cast for immersion.

I agree characters could’ve been better designed, but the message is very clear this is a universal story, and the game is about so much more than graphics. There were other occasional issues with some visual glitches, appearing and disappearing walls, flickering, and clipping, but they are so minor compared to the good things that they shouldn’t be the focal point of any Forgotten Fields Review.

Forgotten Fields is an amazingly well-written game, its strength resides entirely on its narrative, dialogue, and flawless soundtrack. The gameplay is simple but compliments the game by enabling its strongest points to shine through. It will tug at your heartstrings, take you down memory lane, generate reflection, while ultimately delivering a spectacular journey.

After finishing the game, I can wholeheartedly understand why it has an Indie Game Developer Conference Award for “Upcoming Game of The Year”, Forgotten Fields is far from being a forgettable game, and will be released on Steam, April, 14th.

This review is based on the PC version of Forgotten Fields. The key was provided by Dino Digital 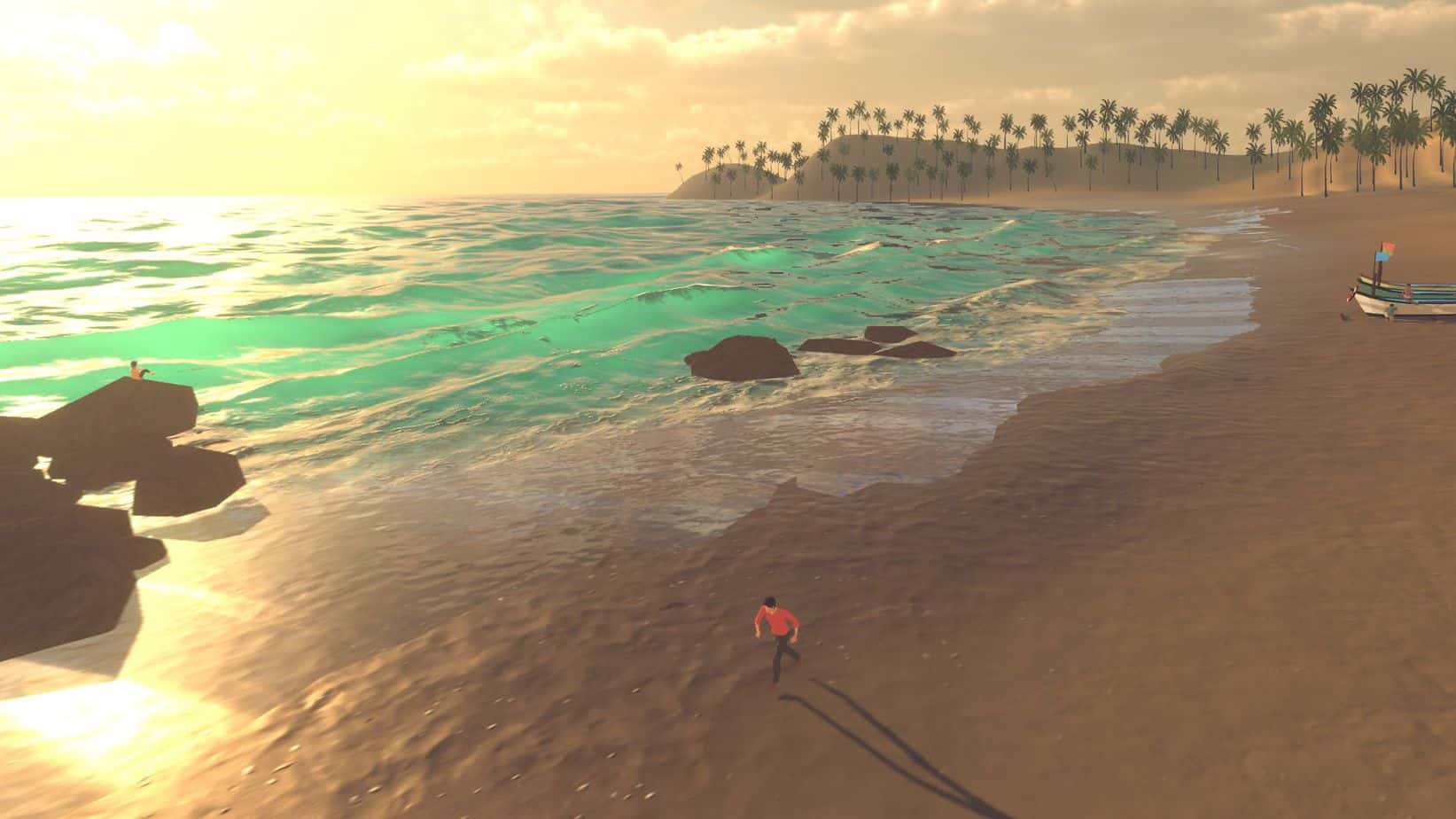 Review Overview
Great 8
Overall Score 8 out of 10
Summary
Forgotten Fields is an extraordinary indie game that has superbly crafted narrative and dialogue, with a beautiful soundtrack to back it up. More of an experience than a game it finds its niche and will surprise and delight players.
Share this Article
Facebook Twitter Email Copy Link Print
What do you think?
Surprise0
Love0
Sad0
Happy0
Sleepy0
Angry0