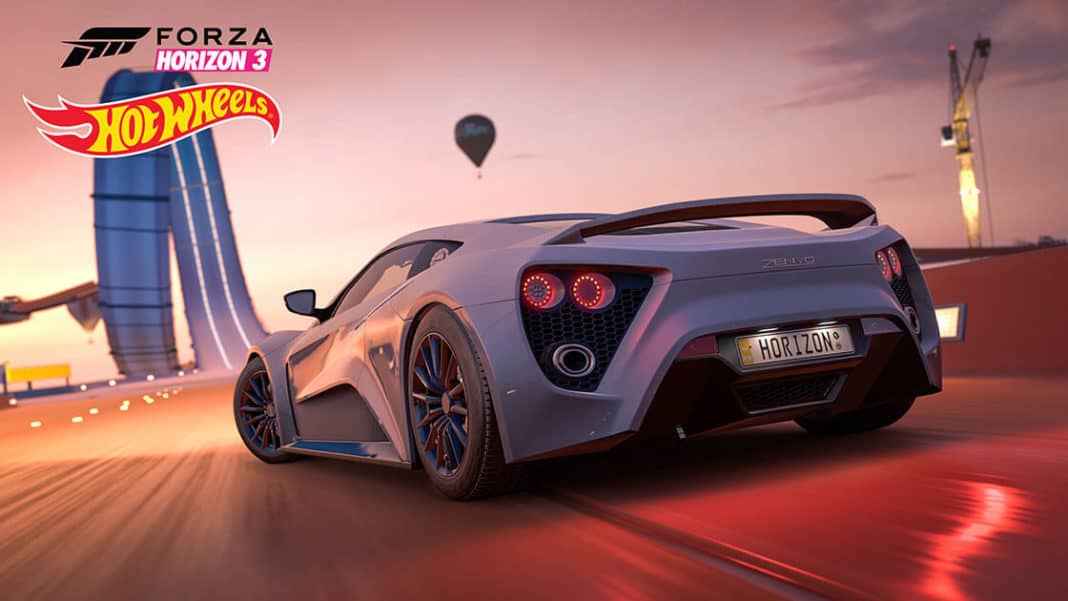 The most wacky yet most popular Forza DLCs and packs to date are probably the Hot Wheels one. Hot Wheels crashed into the world of Forza Horizon 3 a few years ago and it was spectacular. So, would it really be that surprising to see a Forza Horizon 4 Hot Wheels content pack in the works?

Regardless of your answer to that – rhetorical – question, it seems Microsoft went ahead and did it anyway. Or, at least this is what AR12 Gaming claimed to uncover on Twitter earlier. They tweeted a few images that “surfaced” showing that Forza Horizon 4 Hot Wheels content is most likely real and coming soon.

The tweet packed 3 pictures showing a few details about the claimed upcoming update. And, according to what we can see, we can tell that we’ll be getting at least 6 new cars. This car pack seems to include 6 classic designs from the toy manufacturer. That includes 2Jetz 2018 Hot Wheels, an International-Harvester 1969 Hot Wheels, a 1957 Nash Metropolitan Hot Wheels, a Ford F-5 Dually Custom 1949 Hot Wheels, an AM Roadster 1957 Hot Wheels, and a Chevrolet LUV 1972 Hot Wheels. It’s a nice lineup to add to Forza’s already sizeable lineup.

There is nothing new about this, but it is nice to have confirmation. After all, Hot Wheels made an appearance in 3 Forza games (Horizon 3 and Motorsport 6 & 7). So, it is really exciting to see a Forza Horizon 4 Hot Wheels content pack carrying the torch. However, there is a catch. Unlike with its predecessor, it does not seem that it will be a full-on expansion pack like most of us hoped. But hey, 6 new cars are still pretty neat. And who knows we might still get something down the line.

So far nothing is confirmed and we’ll have to take it with a grain of salt. But, with the new Series update coming up just next week (February 11) we will likely know more about what’s to come. And hopefully this new content update does not disappoint.