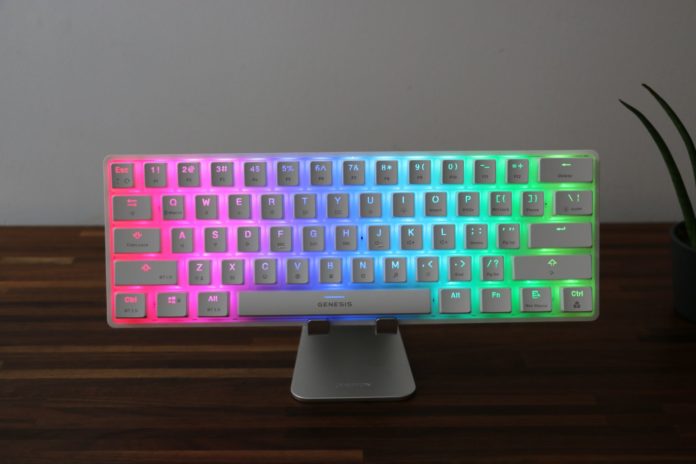 Full-sized white keyboards are already an uncommon occurrence, so hearing that Genesis recently came out with a white 60% one was great news! The Thor 660 aims to level the playing field, offering a pristine look & well-oiled, responsive keys for considerably less than you’d spend on a white Anne Pro 2 or Huntsman Mini. Is it any good? Dive into our Genesis Thor 660 White review & see for yourself!

A glance at the table below already offers plenty of insight into the Thor 660’s nature. It’s focused on portability, connectivity, and speedy typing.

The Thor 660 White comes in a sturdy cardboard box with few adornments true to its minimalistic nature. The keyboard takes center stage, and attention is given to its switches & RGB capabilities. It ships with two keycap removers & a standard-sized USB cable, but that’s not the only way to connect.

You may link the Thor 660 to three devices wirelessly via Bluetooth and cycle between them using the left Ctrl, Alt, and Shift keys. A valuable feature for when you want to efficiently type on your phone or gloat over your last chicken dinner to your PlayStation friends. Most motherboards have Bluetooth nowadays as well, so gaming wirelessly on a PC is a viable option if you don’t mind the slight latency increase.

A 3,000mAh battery allows the keyboard to last for several days while in wireless mode. The exact duration will vary depending on your RGB fondness, but we’ve managed to use it for more than a week before recharging was in order. The light turns itself off after some inactivity, and a switch on the bottom lets you disable it altogether to save even more juice.

The Thor 660 White is Genesis’ smallest keyboard to date. It’s a 60% model, meaning that the function row, right side numerical keys, and the arrow section are absent in favor of compactness. That limits immediate access to extras like multimedia controls or macros, but it makes the keyboard much more portable.

Size has little impact on build quality as the keyboard is made from sturdy plastic. It’s tall for its size and slopes downward to allow for more pleasant typing. Four broad feet ensure it will stay in place even if you get carried away while playing.

There are 61 keys in total, almost all of them fulfilling multiple functions. The number row is the busiest as it incorporates frequently-used symbols along with function keys. You’ll find onboard brightness & color controls in the row below & multimedia keys in the third one. The font is modern and easily legible. Round letters & numbers also have subtle breaks that give them a distinctive look.

The keycaps are double-shot and made from pudding PBT. Their sides are translucent, concentrating the light and making it more vivid. The colors on the White version are even more accentuated due to the keys’ brightness. Even so, the glow isn’t overpowering and becomes much less visible in strongly-lit conditions.

It’s time for our Genesis Thor 660 review to address one of its core features – the Gateron Red switches at the heart of each key. They’re similar to Cherry MXs of the same color in that they’re gamer-centric, fast, and relatively quiet for a mechanical keyboard.

After spending some time with the Thor, we’d argue that the Gaterons are on par with, if not better than, their better-known counterparts. They don’t produce the kind of grating noise you’d associate with MX switches, and pressing down on a key feels smoother. Genesis did an excellent job oiling up the keys, which resulted in a seamless experience and less noise generation.

Like MX Reds, Gateron Red switches have an actuation distance of 2mm and require a mere 45g of force to register a press. They’re linear, so the tactile bump you’d get with Blue switches is absent. Users who type much won’t be at a disadvantage, while gamers can double-tap to their heart’s content or react instantly to a threat.

The Thor 660 White is accompanied by a simple yet serviceable program that has all your basic needs covered. The interface supports multiple profiles and is split into four tabs. Keys setting provides an overview of the layout and lets you change functions on almost all the keys. These can be anything from remapping to a different format like DVORAK through macros & combos to running a specific program with a single press.

Lighting is all about color & effect customization. You choose among 19 effects and can adjust their color, speed, and direction. Gaming Mode is invaluable for anyone with a tendency to press the wrong keys in the heat of the battle. You can set it up so that combinations like Alt + TAB & F4 or the Windows key don’t work. Lastly, there’s the macro editor. It works with combinations of keys but also takes mouse events and delays into account.

Genesis deserves recognition for putting together an excellent 60% keyboard. It adeptly straddles the line between price & quality, offering a balanced typing experience generalists and gamers will enjoy equally. You’re giving up some flexibility by going the 60% route. Still, the smaller footprint and competent function switching bring freedom that will outweigh the format’s restrictions for many. 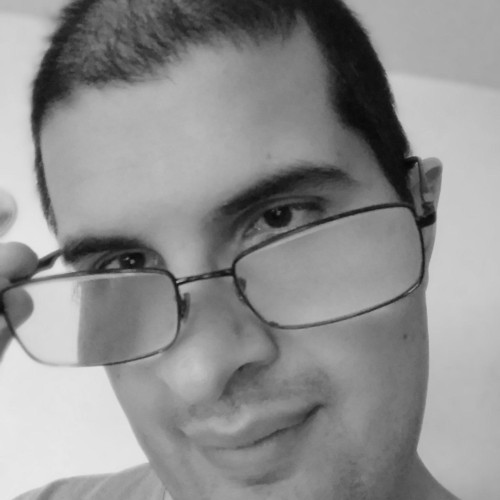 Load more
Genesis Thor 660 ReviewGenesis’ foray into 60% keyboard territory pays off as the Thor 660 White ticks all the right boxes. Compact, attractive, and versatile, it’s the ideal keyboard for gamers on the go or with multiple systems to benefit from its excellent typing prowess.
Tech