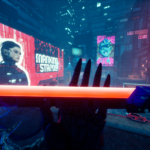 Ghostrunner was one of my favorite games of 2020, and it scratched that Mirror’s Edge itch almost perfectly. The level of detail in its environments, the excellent traversal, and snappy combat made for an experience well worth your time. While the story wasn’t all that special, it did introduce us to some interesting characters, with varied designs, and motivations. Now, in our Ghostrunner Project Hel review, we take a look at the expansion that lets us take control of one of these characters.

As I’ve previously mentioned, the story and general writing of Ghostrunner wasn’t its best aspect and something that felt a bit rote in execution. While the voice acting was decent, the game was a bit on the nose with its themes and characterization. Project Hel doesn’t do enough to change that, and won’t impress you if you were looking for an improvement. Hel, the playable character was one of the bosses in the main game and a force to be reckoned with. The game builds her up as this killing machine but does a bit too much to show the player how evil, and mechanical she really is.

Mara, the chief antagonist of the title activates her, and you start the game with her asking you a series of questions, that Hel answers with a complete lack of empathy. It’s a good enough introduction, but it does feel like that game doesn’t do enough with her character. Despite making it look like they will go deeper, and at certain points it does, it’s not exactly that memorable.

If you weren’t jazzed by the story in the main game, you won’t be here. It isn’t exactly a bad thing as we move to the real meat of the game.

This is where Project Hel, similar to the base game really shines. Ghostrunner offers a fast-paced experience without any filler, and Project Hel continues that with its tightly designed combat encounters, and traversal. Returning players will take a few seconds to adjust to Hel’s movement, but will be instantly rewarded with her additional traversal mechanics. Unlike Jack, Hel can jump higher, farther, and control her trajectory. This alone adds an incredible amount of depth to the already excellent traversal system. Hel has more freedom to not just position her drop, but use her ability to control her arch in combat encounters too.

Hel is far more aggressive, and as a player, you’re expected to fill her “rage” meter, that lets her take out multiple enemies at once, as well as improve her traversal. This isn’t limited to just her combat, but survivability as well with a shield. The more you get used to her playstyle, you’ll be using these additional abilities for more than just combat.

The game is far more difficult than the base game, or at least its earlier levels. Even though it gives you a refresher, it isn’t recommended for new players. Even the first real encounter of Project Hel feels like one of the later levels of the base game. Much like DOOM Eternal, we recommend players that are already familiar with the game try this one out.

The game gets harder as you play, but provides you with more options, and hone your abilities as well. Boss encounters aren’t as memorable as the base game but serve as solid additions to the universe. I’d like to point out that final boss might be my favorite in the entirety of Ghostrunner and its expansion.

Like Ghostrunner, most combat encounters feel like puzzles at times. Just knowing how to play won’t get you that further, but understanding enemy placements, and planning your path based on that will surely take you far.

Hel’s combat is way more intense than the base game, and it’s a very rewarding experience for anyone that was a fan of the base title.

Project Hel isn’t a long expansion, and most players should be done with it after 2 to 3 hours. It does offer the same amount of replayability as the base game though and essentially completes the Ghostrunner experience. Think of Project Hel as an extra set of levels with a new character, rather than a brand new experience. This is an extension of the world and gives you a deeper look from a different perspective.

If you’re someone that wants to improve as a player and get their score up, Project Hel is made for you. While short, Project Hel features some of the toughest levels yet, and you’ll be replaying these for some time.

There were occasional bugs though, but nothing game-breaking. I had to restart a few checkpoints to get out of some terrain, but it wasn’t frequent enough to be detrimental.

Project Hel looks excellent, and this shouldn’t come as a surprise to anyone that has played the original. The Blade Runner aesthetics still shine in this Cyberpunk dystopia. Hel’s own design fits in really well with everything else. The interiors especially are readable, vast, and feature some great use of lighting.

If you are an RTX GPU owner, I highly recommend turning on Ray-tracing paired with DLSS, to get an even better experience.

I wanted more of the world of Ghostrunner, and Project Hel did just that. The soundtrack is an extension of the original, and while no particular track stands out, there are a lot of good tunes in there. Sound effects are loud and crunchy. Sword slashes sound great, and it’s nice that every enemy creates enough noise for you to keep an eye on.

Project Hel is a great addition to the Ghostrunner universe and gives fans an excuse to jump back in. Hel is a killing machine with a new set of abilities and extended traversal. While the story is the weakest link again, there’s nothing better than playing as a ruthless combat android in the beautifully rendered world of Dharma.

While you are here, make sure to read out other reviews for recent titles like Serious Sam: Siberian Mayhem, Nobody Saves The World and more.

What did you think of our Ghostrunner Project Hel Review? Share what you think about it in the comments below.

You can get the expansion on Steam at the following link.

This review is based on the PC version of Ghostrunner Project Hel. The key was provided by 505 Games 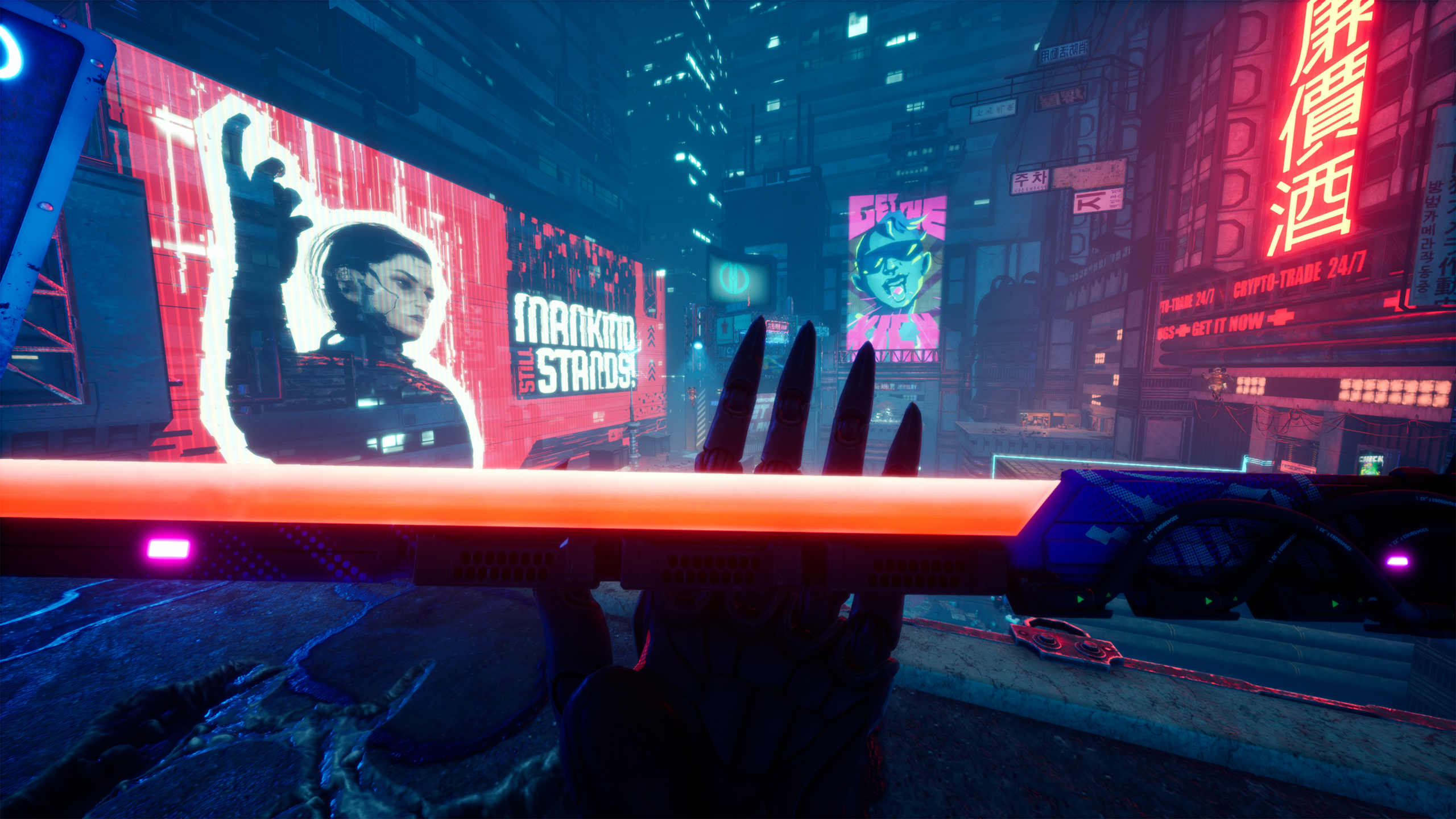