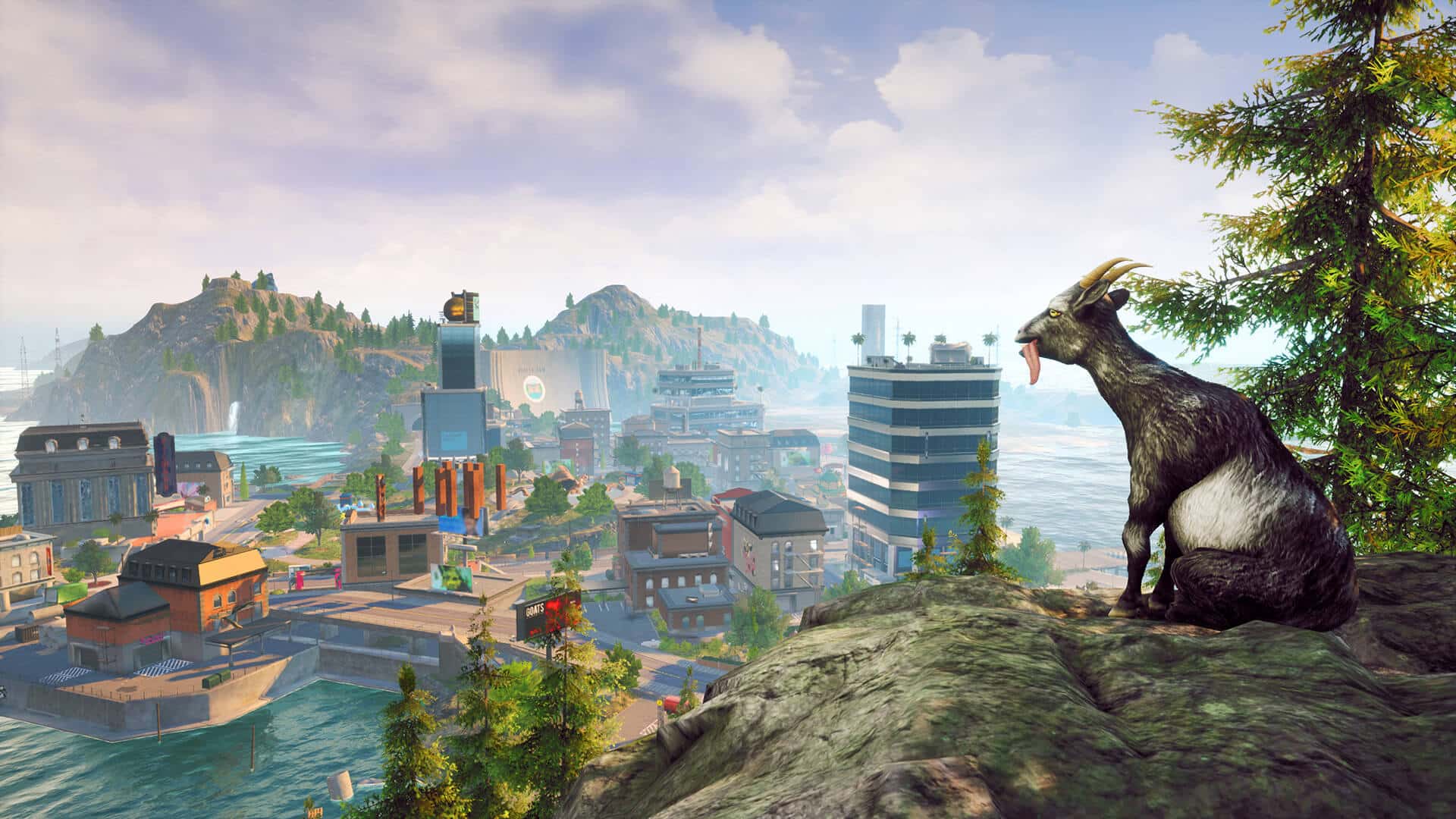 Goat Simulator 3 is an upcoming comedy simulation game from Coffee Stain Studios and Publishing. It’s a sequel to Goat Simulator, and they decided to skip 2, because of course they did. The first game was a surprise hit, and despite being super unpolished by design, there was nothing else like it. Now, with the store page up for the title, here are the Goat Simulator 3 system requirements.

These requirements aren’t exactly detailed and don’t list AMD equivalents, but they still give us a good idea of what to expect. The title isn’t very demanding, and even if you’re looking to play at higher settings you’ll need something like an i5 9400F and GTX 1070 with 8 GB of VRAM.

Now, the original title was known to be a technical mess, especially at launch, so we’re hoping that isn’t the case with this one. You’ll need a total of 12 GB of free space, and 16 GB of RAM. If you have a more budget-oriented PC, you can turn down a few settings and get by with a GTX 1050 with 4 GB of VRAM,

You can now pre-order the title on PC through the Epic Games Store. The title isn’t up on Steam and is likely an exclusive for 6 to 12 months.

While you are here, make sure to check out the system requirements for other upcoming titles including Way of the Hunter, Marvel’s Spider-Man Remastered, and Rumbleverse.

What do you think of Goat Simulator 3 System Requirements? Are you excited about the upcoming game for PC? Share your thoughts in the comments below.