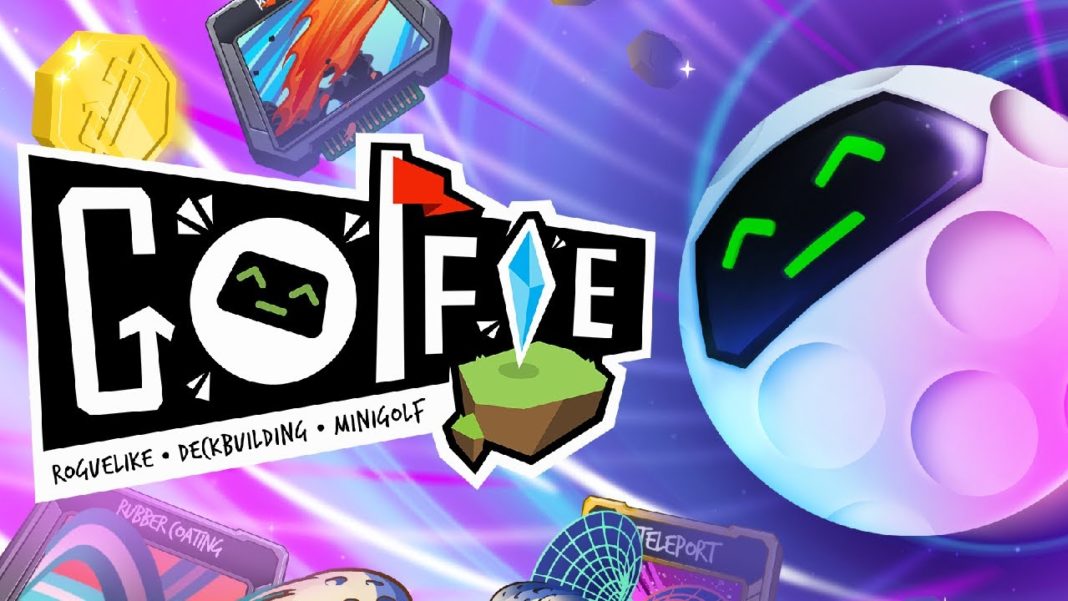 Procedurally generated games have been the trend these days and it’s a surprise that Triheart Studio and Yogscast Games came up with an idea to turn a sport into a deck-building game. Here’s a glimpse of Golfie first impressions and we’ll convince you why you should put this early access title in your game library.

Put in cards on the table and you’re gonna have a great time playing this golf game even if you’re not a hardcore fan of this sport. The last time I played a golf game was when Pangya was still a thing back in 2008.

Without further ado, let’s take a quick dive into what this game is all about.

With thousands of random seeds to play from, Golfie gives a new take on the roguelike and deck-building genre. Playing the early build of this game got me hooked for hours. This is because of the challenging holes this game provides.

At the start of the game, you’re presented with a randomly generated map that you can explore. You’ll also be given a default set of cards and Golfie prompts you to pick a random choice at the beginning of your run.

You’ll get options like adding a random rare card to your deck, receiving gold, replacing a card, etc.

Once you’re in a hole, you have a number of attempts to shoot the golf ball into the hole. Go beyond the limit, and you’ll be losing health bars which are represented by a battery at the upper right corner.

Typically, a shot (or turn) will let you play up to three cards. But you need to take note of the heat meter because it can cause you to lose a life once you go beyond the threshold.

To hit the golf ball, all you need to do is hold left click on the ball using your mouse and move it in the direction you want. The farther you are from the ball, the more power you create. Don’t forget to equip your cards during your hit.

In Golfie, you’ll get a couple of interesting cards to play at your disposal. These include cards that are out of this world like Magnetic Field, Teleport, Emergency Parachute, etc. The card combinations in this game that you can think of are endless.

There are also crystals that you can spot during your course runs. Hitting blue crystals will give you an extra card while pink crystals give you extra perks. These can be something that recovers health, gains extra cards during your turn, etc.

Occasionally, you’ll encounter vending shops in some holes in which you can spend your gold coins to get some perks or new cards. Pay attention to the hole that you’re choosing on the map.

You’ll be rewarded with extra gold coins if ever you manage to complete a hole with fewer hits. Here are some examples below.

The game’s over once your battery health runs out. This can be caused by falling off the map, going beyond your heat meter, or finishing a hole beyond the hit requirement.

Now let’s talk about the visuals. Golfie reminds me of a popular Steam title called Golf with your Friends and I think the developers did a good job of putting another twist on the game by adding the cards aspect.

I could definitely see the influence that it got from Slay The Spire because of its similar implementation. We’ve even recently reviewed another turn-based game called Oaken which also shares similarities with the Slay The Spire while at the same time adding some twist to the deckbuilding genre.

The team also thought of putting some unlockable customizations for the golf balls since they do have a face.

You’ll need to level up if you want to unlock some skins. Hopefully, we can obtain them just by playing the game because the battle pass microtransactions are getting annoying nowadays.

The game’s soundtrack is also pretty decent. The music changes depending on the map environment. Playing on a beach? Expect the sound of festive steel drums. Hear the sound of gloomy music once you enter the castle dungeon maps. I love the attention to detail that they’ve put in here.

Despite its simple graphics, the team over at Golfie has managed to create a different approach to the sports and deckbuilding genre. This can even spark to create a new audience for the golf genre.

It’s also great that we get to see the leaderboards which give us a chance to become competitive and beat the scores of whoever’s on top. We can generate your own seeds by typing anything – your name, a favorite song, whatever it is, there’s a seed for that.

Golfie is positioned to blow up anytime soon especially once they’ve released their multiplayer which I think will get more people on board to play this underrated title.

We hope you liked our first impression review of Golfie. Feel free to buy or wishlist on Steam and add this to your game collection.