Gungrave G.O.R.E is an upcoming stylish third-person action shooter from Iggymob Co. Ltd and Prime Matter. Despite being a dormant franchise, it actually found some success in anime and manga series over the years and a VR title. After years of waiting, the series that originally came out on the PS2 is now coming to modern consoles with a brand new entry. With the title only a few months from release, we have some additional details. With the release date available, here is the Like a Dragon Ishin Pre-Order Bonus content you’ll get for an early purchase.

If you pre-order Gungrave GORE, you’ll get the following additional content.

These are two costumes that you’ll get for Grave if you pre-order. The Death Ronin costume is designed by Ikumi Nakamura, and the OD Grave costume is the one from the 2004 title. Both look distinct enough that, and while the bonus content here is cosmetic in nature, at least there’s some nice variety.

You can now pre-order the title digitally from the following links on PC and consoles.

You can also pre-order the title on Amazon at the following link.

If you’ve subscribed to Xbox Game Pass on PC or consoles, you’ll be glad to know that the title is coming to the service on day one.

The title is coming to PC via Steam, Xbox One, Xbox Series S|X, PS4, and PS5 on 22nd November 2022. Check out the recent release date trailer below.

If you’re interested in the PC version, give the system requirements a look, and see if you’re PC can handle the upcoming title.

While you’re here, make sure to check out our other pre-order guides for other upcoming releases, including Asterigos Curse of the Stars, New Tales from the Borderlands, and Ghostbusters: Spirits Unleashed.

What do you think of the Gungrave GORE Pre-Order Bonus content? Do you think it warrants an early purchase? Share your thoughts in the comments below and let us know. 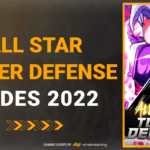 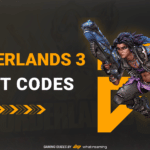