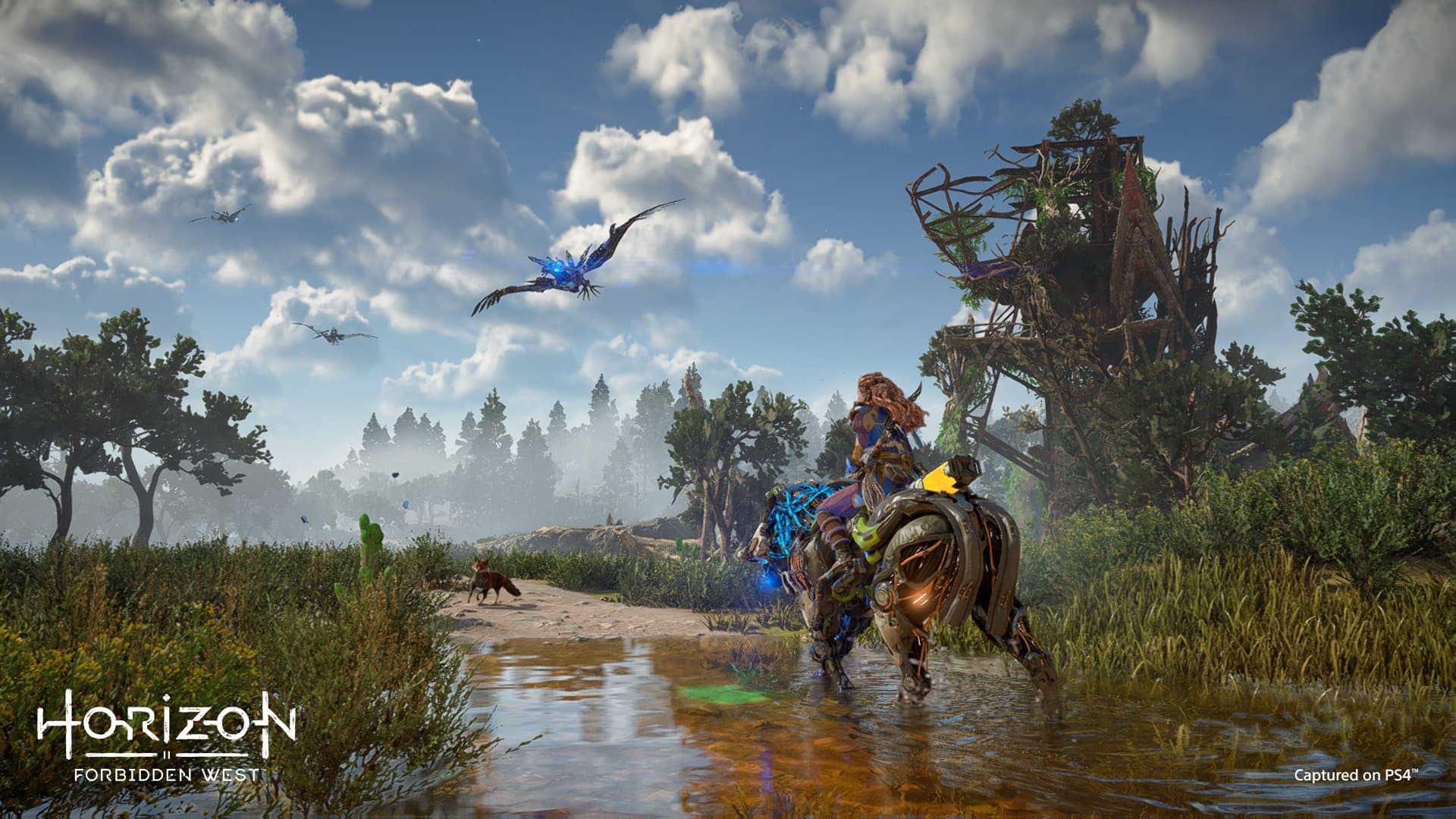 According to the popular Twitter account, PlayStationGameSize you can preload Horizon Forbidden West on February 11th and can expect the game to be 96GB on launch without a day-one patch, but this could be subject to change.

In their tweet, they mention that sometimes game sizes do go over 10-20GB and reduce closer to the release date, but it’s better to be safe than sorry when making room for Horizon on your PS5 early in 2022.

Admittedly, 96GB is a bit of a high ask for a game on the system, considering the base storage is 825GB. However, with the newly added ability to add third-party SSD’s into the console, it’s easier than ever to buy an aftermarket SSD for the PS5 to grow the storage on your console.

Albeit the SSD Market is still expensive, it is worth it.

Horizon Forbidden West is a sequel to the 2017 entry from Guerilla Games and explores an entirely new world and setting. Built on the Decima Engine which was borrowed from Kojima Productions, the game was a true technical marvel when it was released on the PS4 back in the day and even right now the game still looks beautiful on the PS4.

After many years in development, the game is finally landing on consoles and fans can’t be more excited. With the constant array of gameplay trailers and more, Guerilla Games have left little to imagination as we return to the world of Aloy.