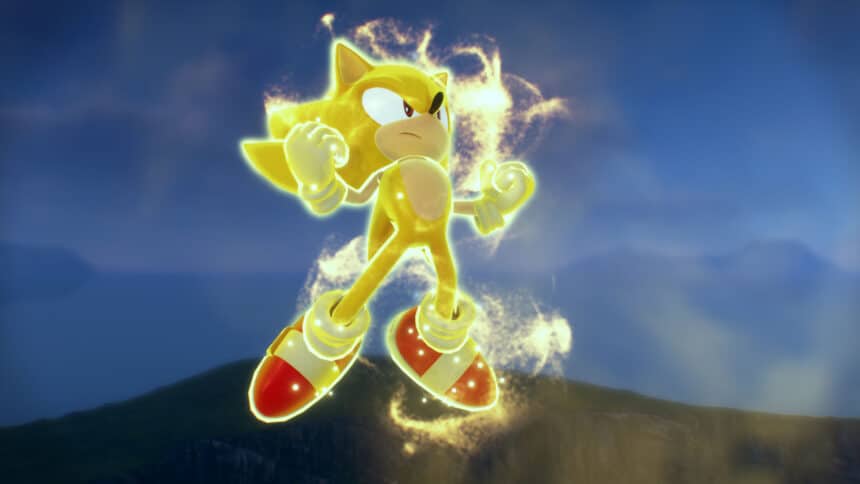 How to dig up buried treasure in Sonic Frontiers
SHARE

Sonic Frontiers is the latest entry in the Sonic series, and it has tons of secrets spread all across the map. Since the game has a massive open world, you can expect to find things hidden randomly. One such thing you can discover is treasure chests. They are marked with a blue chest icon that you can spot from far away.

It can be a bit confusing how to dig for this treasure since you do not get any button prompts. That is why this guide will show you how to dig up buried treasure in Sonic Frontiers. With that said, let’s dive right in and get started!

Sonic Frontiers – How to Dig Up Buried Treasure

Digging up buried treasure is extremely easy despite the game not clearly stating how you can do it. There are two main ways that you can do it. Since the second method might delve into spoiler territory, we will avoid it for now. When you start the game, you will play as Sonic and have no skills unlocked.

However, after defeating enemies, interacting with objects around the map, and exploring, you can gather skill points. These points will help you get more skills from the skill tree. The first skill that you will unlock is the Cyloop – which costs 1 Skill Point. This skill allows Sonic to create a blue trail while running.

You can also try out an exploit that lets you get tons of rewards, such as rings, seeds, and Skill Points. Once you unlock Cyloop, hold X/Square while running to create the blue trail behind Sonic. Find a spot where the treasure is buried and run around it while using Cyloop.

As soon as you do a full rotation, the treasure will open, and you will get various rewards. These rewards contain various gear, keys, or seeds. Each treasure chest contains random rewards so you will have to open all of them to see what you get.

Also, keep in mind that some spots won’t respawn again. So, make sure that you open the chest, or it might despawn and not appear again. The chests also don’t have a fixed spawn. Some of them might have a fixed spot but the majority of them don’t.

There are so many chests buried underground in Sonic Frontiers. You will find them in places where you won’t even expect them to be.

And there you have it, that is how you can dig the buried treasure that you can find around the map. Make sure that you explore the map since there are a lot of hidden details spread across it. You will find these chests in random places, and it is essential that you collect them. Since you need a lot of resources to progress, unlocking these chests will help you a lot.

Did you manage to unlock the buried treasure in Sonic Frontiers? We would love to hear your thoughts about the game so far in the comments below.