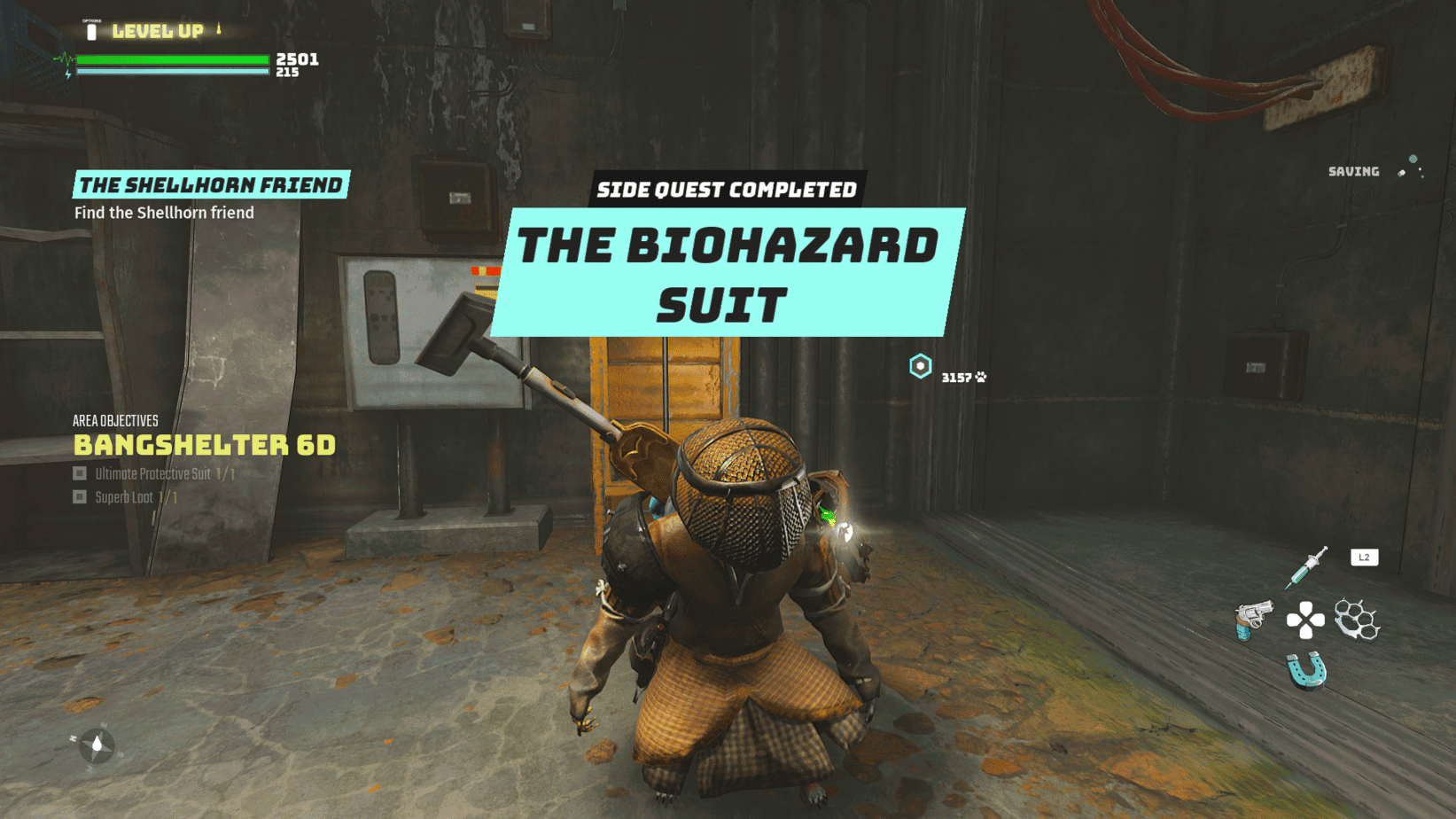 The world of Biomutant is filled with various environmental hazards, each requiring different suits to explore. The different suits are the Heatzone Suit, Oxygen Suit, Biohazard Suit, Radioactivity Suit, and Coldzone Suit.

The Biohazard Suit is definitely one of the first suits, if not the first suit you should go and find. Each suit comprises three different armor pieces and will grant you high protection against the different hazards.

How To Start The Biohazard Suit Quest In Biomutant

To activate the Biohazard Suit side quest, you simply have to enter or go near a Biohazard Zone. This and other suit quests are entirely optional but will help protect you from the different zones and help you explore these areas.

The first objective is to find and tune the Biohazard Pingdish. You can find the Pingdish in the Pingdish 6E area. There should be a building with a big antenna on top. Once you are there, go inside and interact with the Pingdish.

After interacting with the Pingdish, you’ll be required to solve a simple rotation puzzle. Just lineup the pong paddles, and you should be good to go.

The next thing you’ll have to do is spin the Pingdish until you find a ping. You should find the ping by pointing the Pingdish close to the rocky area, just a little bit to the right of the antenna tower.

The next objective is to examine the signal target and find out what it is hiding. The location should be relatively close and is named Bangshelter 6D.

Go inside the building, and you should find an elevator. Use the elevator to get down to the bunker. Be sure to be on the lookout for any loot!

The final objective is to explore the bunker and retrieve the Biohazard Suit. Be sure to be prepared for a fight since there are a few enemies inside the bunker. There’s a level 20 Bubba Sknarfs and a few small enemies.

After killing the enemies, you should look for a steel door inside the bunker. After opening the steel door, simply head to the right, and you should find the Biohazard Suit waiting for you.

Once you interact with the suit, you should receive the Anti-Biohazard Hood, Biohazard Pants, and the Anti-Biohazard Jacket. These all have pink Rarity 100 Ultimate and gives you 9 armor. Most importantly, this suit will help protect you in Biohazard Zones, allowing you to explore these areas freely.

That’s everything you need to know about how to find the Biohazard Suit in Biomutant.