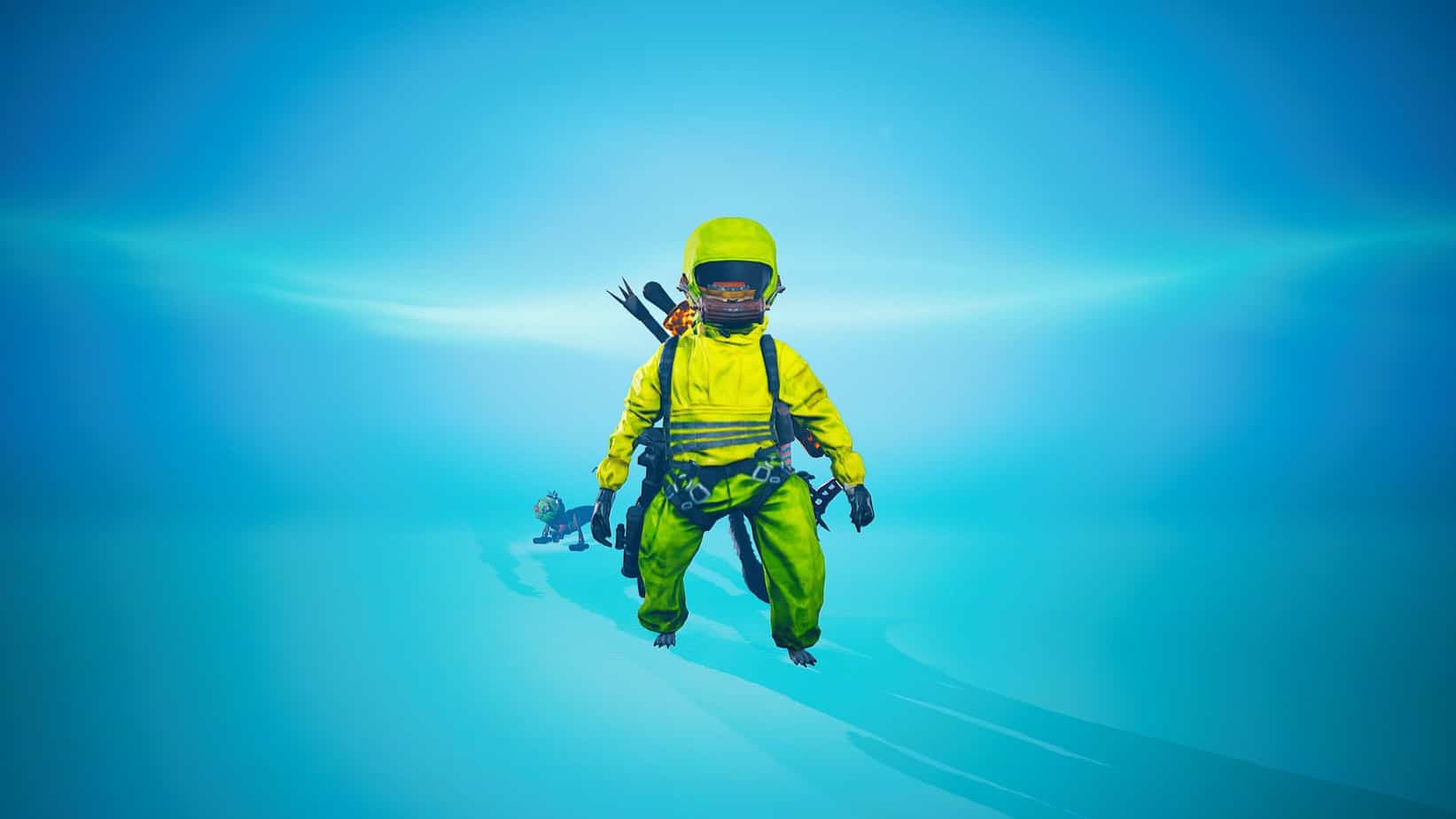 The Anti-Radiation Suit is an essential item if you want to explore the Radiation Zones in the game. Find out how to find the Radioactivity Suit in Biomutant.

There are different environmental zones scattered around in the game. One of those zones is the Radioactive Zone. When you enter any Radioactive Zone, a radiation meter on your upper right shows up and slowly counts up to 100%.

Once the meter reaches 100%, you get damaged every second longer you stay inside a Radioactive Zone. There are certain quests where you are required to explore a Radiation Zone, so you’ll have to get some resistance, one way or another.

Anything lower than 100% will only slow down the build-up of your radiation meter, but you’ll still get damaged once it reaches 100%.

Follow the steps below to find out how exactly to get the Radioactivity Suit in Biomutant.

The first step to finding the Radioactivity Suit is, of course, triggering the quest. You can’t get it if you don’t have the quest. Triggering the quest is similar to the other suits like the Biohazard Suit. All you have to do is enter any Radioactive Zone. This should automatically play a short cutscene and start the quest.

Once you’ve activated the quest, you’ll have to find the Radioactivity Pingdish. You’ll have to use it to locate the suit itself.

The Pingdish is located in the Surfipelago, so you’ll have to get your Googlide ready. The Radioactivity Pingdish is Pingdish 3F. You’ll have it marked down on your map if you’ve already been there before.

There are a few enemies within the area, so be prepared for a fight. They should be relatively easy to take down since they only have standard attacks. However, there is a big armored enemy, so you should still be careful.

After defeating the enemies, head to the satellite or Pingdish, where you’ll have to solve a rotation puzzle. It’s a simple puzzle that only requires you to match each color, so you should be able to do it in no time.

Just move the Pingdish until you get a very fast pulse from the satellite. You should aim it within the area of the destroyed building in the nearby Biohazard Zone, and you should be able to get a Ping.

Once you’ve found the signal, you should be given a new marker named Bangshelter 2G. Bangshelter 2G is roughly 1000m away, and you’ll have to use your Googlide to access this area.

Be careful as you approach the area since there is a relatively tough miniboss guarding the entrance. The Tincan Tougho can deal some pretty solid damage using his laser attacks, so make sure to dodge properly.

If you can dodge his lasers right and get up close to him, you should quickly take him down. He doesn’t have a good melee attack, so make sure to spam your melee combos to defeat him.

Inside the Bangshelter, you can find a turret hanging from the ceiling. The best way to deal with the turret is to simply dodge his laser as you approach him and fire your ranged weapon once you are close enough.

That should be the last obstacle you’ll have to face, and everything should be easy from now on. At this point, all you have to do is open up the door using your Old World Klawbar and collect the Radioactivity Suit.

Congratulations! You now know how to find the Radioactivity Suit in Biomutant and can now explore the highly radioactive areas.