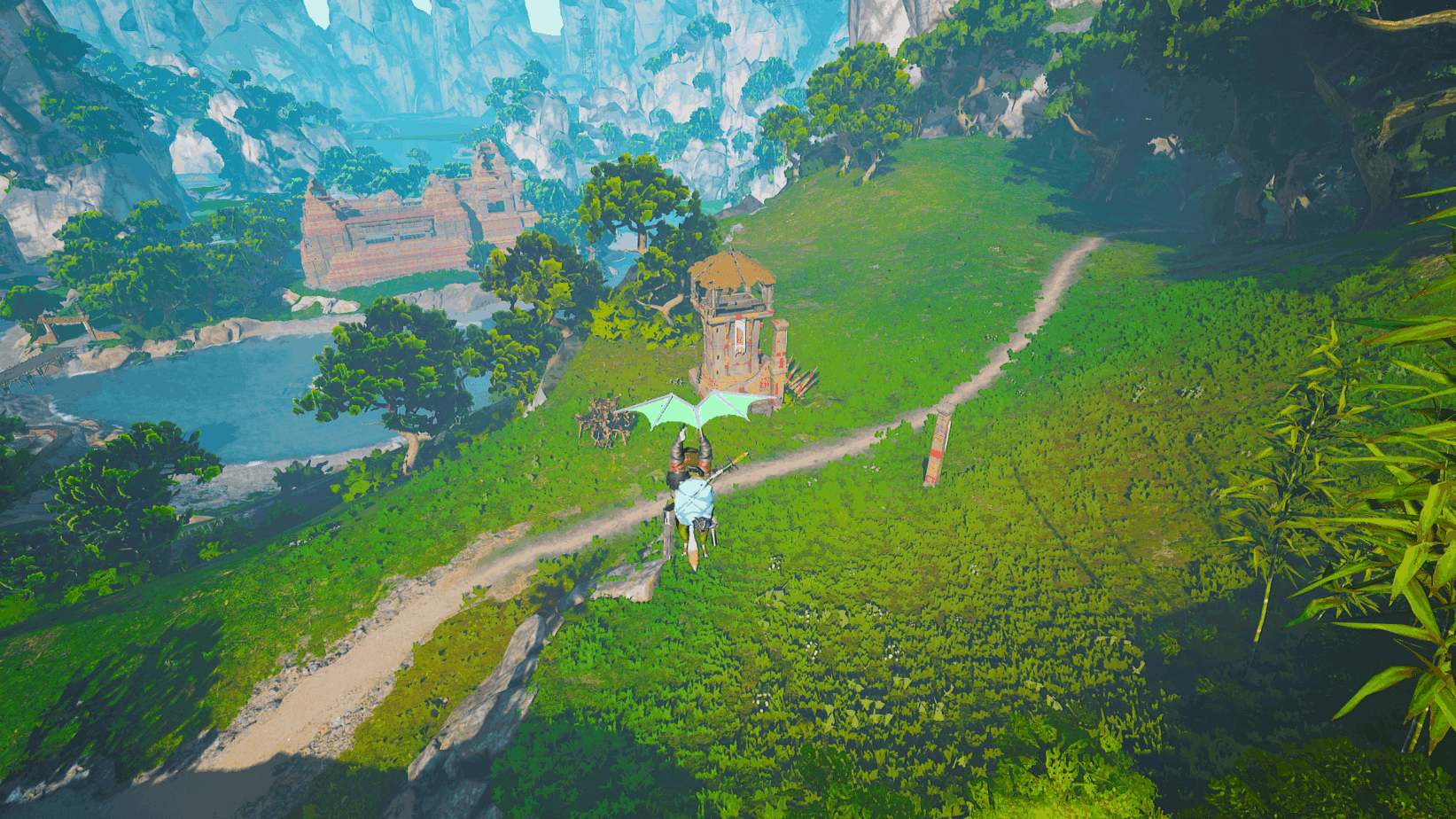 The Airglider is one of the things that players noticed in the Biomutant World Trailer. It’s also where most of The Legend of Zelda: Breath of the Wild comparisons came from. The Airglider is a fascinating tool, to say the least.

It’s a very useful tool that can help you travel large distances, especially if you jump from a high area. It’s not only faster than running it’s also more fun too!

Most people wonder when and how to get the Airglider in Biomutant. It isn’t as easy as getting it through the main story quests, but it isn’t too hard as well.

Unlocking the Airglider in Biomutant

The Airglider is part of the Automaton upgrades. The Automaton is the small mechanical cricket that accompanies you in your journeys.

You can get these upgrades from a side quest called “The Mirage.” To trigger the quest, you’ll have to go near a bear-like character. If you can remember, this is the same character that held the Automaton in one of your flashbacks.

This bear-like character appears in different locations on the map and should be easy to spot from a distance, thanks to his huge stature. At this point, it’s unclear yet whether he spawns at random locations or at a few specific ones.

So make sure that you’re on the lookout for this character while exploring the world. He is the only character that can give you the Automaton Upgrades.

The Mirage Side Quest

Just go near the character to trigger the quest. After a short cutscene, you should be able to approach and interact with this character.

After interacting with The Mirage, you’ll be taken to a flashback and fight against your childhood bullies. It’s a relatively tough fight since you don’t have any weapons, but you’ll still get the upgrades no matter the outcome.

Once the fight is done, you’ll be taken back to the present day and will be allowed to choose one of the four Automaton upgrades.

Don’t worry about the other upgrades since you can still obtain them once you can find The Mirage again.

After you unlock the Airglider, you’ll be able to use it instantly. You simply have to double jump and hold the jump button from an elevated area to use it. You can point the camera downwards to increase the speed or just keep it steady to glide.

The Airglider is the recommended first upgrade to take since it greatly increases the quality of life, especially when traveling from high areas. Even though there is no fall damage in Biomutant, the Airglider still prevents you from dropping face-first on the ground.

Now you know where and how to get the Airglider in Biomutant. You can now do your best Breath of the Wild impression and glide through the air.