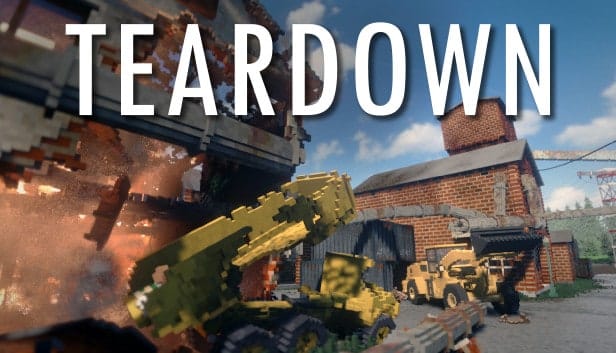 The latest voxel-world game Teardown has recently launched on Steam Early Access. In this title by Tuxedo Labs, players can build and destroy whole environments to carry out heists. The gameplay revolves around being as creative as possible. Following the tradition of creativity, Teardown’s community has already started releasing mods. This guide goes through how to install mods for Teardown. Included is a shortlist of the best mods we have found for the game so far.

How to Install Mods

The method for installing a mod will depend on what kind of mod it is. First navigate to the Teardown directory. This can be done by entering Steam, right-clicking on Teardown in the Library tab and hovering over manage. Click browse local files and the game’s directory will open.

It is a good idea to back up this folder, or at least the data folder within it. Once this is done, start downloading mods and move onto the next step.

Occasionally, download folders may only contain loose files. In such a case, note what type of mod it is and navigate to the game’s corresponding folder. If the mod author included a readme, be sure to check it carefully.

The Best Mods for Teardown So Far

This is a list of the best mods for Teardown released so far. They can be found on Nexus Mods.

The mod contains a simple model improvement for all the vanilla tools in Teardown.

Instead of improving the models for the tools, this mod replaces them with weapons from Half-Life. For example, the sledgehammer is replaced by Gordon Freeman’s iconic crowbar.

This replaces every tool in the game with scratch-made ~1940s German weapons. These include an M30 Luftwaffe Drilling, a Flammenwerfer 35 and a Panzerschreck RPzB 54.

As the name suggests, the mod enhances particles in Teardown. This results in larger explosions, more vivid effects and even more satisfying gameplay.

This simple mod adds a scratch-made Tesla Cybertruck to the game.

Highly experimental for now, this adds a portal gun that replaces the spraycan. While it does work as specified, objects cannot be teleported with the player.