How to Start Expunge: Styx in Destiny 2 Season 14 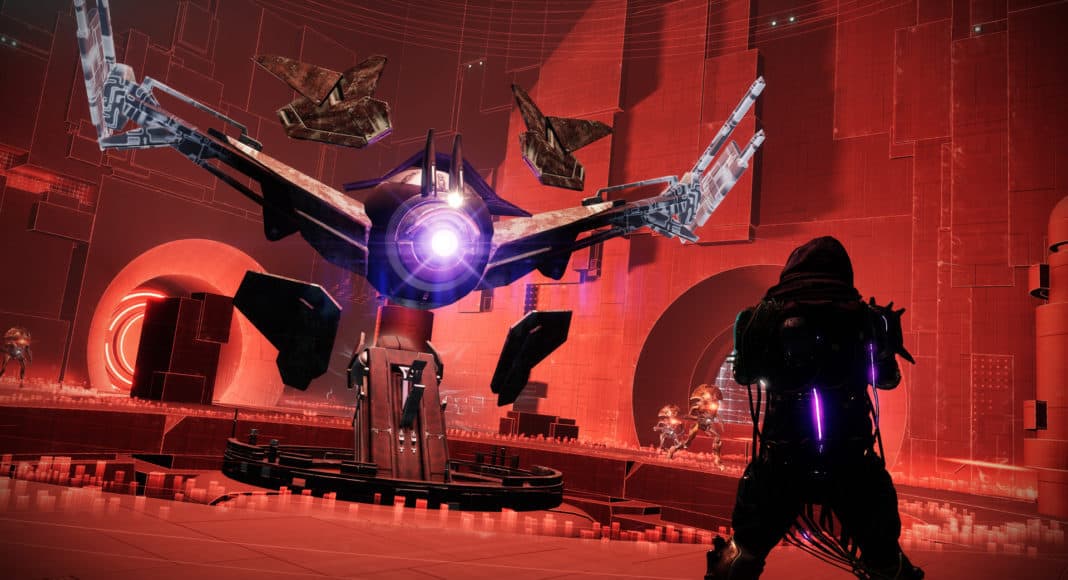 This is a quick guide on how to play Expunge: Styx, the new weekly mission in Destiny 2: Season of the Splicer. This mission launched on June 1st during the fourth weekly reset of the season.

If you missed last week’s Expunge mission, check out our guide on how to play Expunge: Labyrinth here.

How to Unlock the Expunge Mission in Destiny 2

Override: Europa returns as the weekly seasonal activity in the fourth week of Destiny 2 Season 14. You must complete one full Override run to unlock Expunge: Styx. Check out our guide if you want a refresher course on Override: Europa.

How to Launch Expunge: Styx

From the Destinations tab, visit the Moon and look for the green seasonal icon on the right side of the map. A power level of 1290 is recommended for this mission, similar to Expunge: Labyrinth in the Tangled Shore.

Do you need to catch up on the power grind? Read our Destiny 2 Power Leveling Guide if you want to learn the fastest ways to boost your Guardian’s power level.

Make sure to equip your Anti-barrier mods because there will be a few Champions in this mission. Launch the Mission once you are ready to go.

How to Play Expunge: Styx in Destiny 2

Expunge: Styx starts off in another Vex simulation. Your first task is to breach The Nexus. Run and jump through gaps and platforms while avoiding laser traps and falling to your death.

There will be a portal at the end of a long corridor. Jump into it and you will be teleported inside The Nexus. This is where the similarities between Styx and Labyrinth end. Prepare for a new game mechanic!

Watch out for green-colored terminals because these will summon additional platforms that will make your life easier in Expunge: Styx. Shoot any floating Vex crystals in the area because they will drop Authentication Keys.

The Authentication Keys are needed to advance throughout Expunge: Styx. Carry these with you to the Vex barrier ahead. Watch out for Vex, because you are not able to shoot back while carrying the Key.

Jump across platforms while avoiding laser traps and enemy fire. Speed is of the essence because you only have 10 seconds before the Authentication Key expires.

If you lose a Key, go to one of the small, floating white cubes around the map. These areas will produce new Authentication Keys if the one that you are holding expires.

Pick up the new Key and bank it in the terminal ahead. See that giant Vex Cyclops encircled by a barrier? That is the final boss, but do not worry about it for now.

Run to the left side of the boss and you will face a large number of Vex. Ignore them or shoot through because there will be a Vex crystal at the end.

The only way to unlock the crystal is to kill the Barrier Champions that will spawn shortly. Your Anti-barrier weapons will take them out easily.

Once you clear the area of enemies, a Vex Harpy called a Nexus Guardian will spawn. Kill it to disable the barrier surrounding the Vex crystal. Shoot the crystals, pick up the Authentication Key, and bring it back to the terminal in the middle room.

Do the same process to the right side room. This time, you will not just face Vex mobs, but plenty of laser traps as well. Watch your step if you want a flawless run! Once you deposit both Keys, prepare for the boss battle.

How to defeat Dikast the Oppressive Mind in Destiny 2

The final boss of Expunge: Styx is the Vex Cyclops called Dikast the Oppressive Mind. You need two damage phases in order to effectively delete him from The Nexus.

The boss rotates and shoots slowly, so take out the other enemies first to clear the arena. Keep damaging the boss until it hides behind a barrier and summons red laser traps around it.

Watch out for the lasers and enemy fire. Find the Vex crystal somewhere in the room and destroy it to get the final Authentication Key for this mission.

Deposit the Key into the terminal at the opposite end of the room. This will make Dikast vulnerable to damage once again. Destroy the Oppressive Mind once and for all!

Well done! You have deleted Dikast the Oppressive Mind and completed Expunge: Styx. If this is your first time, your reward is a piece of legendary seasonal armor with high stats.

A new Expunge mission is coming on June 8th according to Bungie’s Season 14 calendar. Keep practicing your platforming skills because you will need them just like you did in Expunge: Styx and Expunge: Labyrinth.

Destiny 2: Season of the Splicer is the fourteenth season of Bungie’s award-winning online shooter game. This season was introduced on May 11th along with a brand-new storyline and Exotic gear. New content will be added in-game until the season ends on August 24th.

How to Find the Best Aim Sensitivity in Valorant 2021