Is Destiny 2 Cross-Platform? Find Out Now 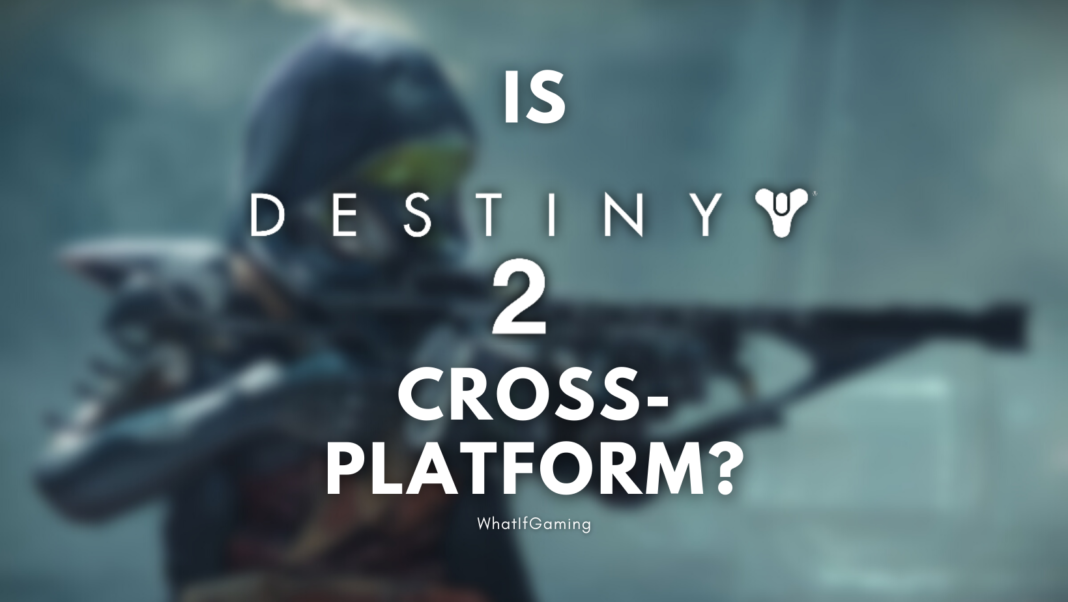 Ever since Destiny 2 went free-to-play, it has garnered thousands of players over the years. Chances are that some of your friends play on another platform while you are playing on PC, PlayStation, or Xbox. Since cross-platform games have become quite common nowadays with more and more people asking for them, that begs the question, is Destiny 2 cross-platform?

Fortunately, the answer is yes. Destiny 2 does support cross-platform between all supported systems of the game. Whether you are playing on a PlayStation, PC, or Xbox, you can play with your friends regardless of which platform they have.

Multiplayer in Destiny 2: How Does it Work?

Destiny 2 is a sci-fi/fantasy-style game where players take on the role of “Guardians” and set out to defeat an oppressive enemy called “the Darkness,” a seemingly unstoppable force that threatens to destroy everything in its path.

Players can team up with friends and other Guardians online to fight enemies and complete quests. In order to complete these challenging missions, you will have to travel across the galaxy and visit different planets.

Keep in mind that each planet has a different atmosphere and different types of enemies inhabit them. Players can also return to previously completed quests and replay them at a higher difficulty level to get better equipment for their characters.

The game features three main classes; Titan, Warlock, and Hunter. Each class has different armor and abilities to help them adapt to any situation and defeat enemies more efficiently.

Since the game is an online-only experience, it means that you must be connected to the internet at all times. Plus, it also means that crossplay between various platforms was a must-add feature for Bungie.

Whether you prefer to play solo or with a team, Destiny 2 is quite addicting as players spend hundreds of hours in the game. Whether you want to play PvP or PvE, the game has it all. The main attraction of this looter shooter is that you have to complete dungeons and other activities to get the best loot possible. From exotic armors to weapons, having the best loadout will allow you to perform better.

Before we begin, if you are facing FPS issues, worry not because our guide will help you fix it!

How To Play Crossplay in Destiny 2?

Now that we know that Destiny 2 does indeed support crossplay, let’s find out how you can do it. The best part about the game is that you do not need to adjust any settings as cross-platform is already enabled. This means that you only need to add your friends and you can start playing with them.

Is There Crossplay Between Xbox and PlayStation?

Yes, Bungie has allowed PlayStation and Xbox users to play together in Destiny 2. If you have any friends on the other platform, you can easily add them up and start playing with them. The best part is that the game feels identical on all platforms so no one gets an advantage over the other.

Do PC and Consoles Have Crossplay Support?

As aforementioned, you can play with your friends regardless of which platform you are on. That means that you can be on a PC while your friends might be on PS4/PS5 or Xbox One/Series. However, keep in mind that aiming on a PC with a mouse and keyboard is easier and faster as compared to on a controller.

This means that you might have difficulties keeping up with a good PC player when it comes to PvP matches like in the Crucible. However, if you are used to playing FPS games on a controller, you’ll blend right in and perform equally.

For those unaware, cross-gen play allows you to play the game on a next-gen console with the players from the older generation of the same console family.

For example, an Xbox Series X or S player can lobby up with Xbox One players. Consequently, the same is possible for PlayStation 5 and PlayStation 4. The good news is that you can not only play with cross-generation players but also transfer your data via the cross-save method.

If you bought a PS5, you can easily transfer your data from your PS4 or any other platform and start playing the game. If you want to know how you can enable this method, the section discusses it in detail.

How to Migrate Your Destiny 2 Progress from PS4 to PS5, PC, and Xbox?

Cross-save has been one of Destiny 2’s most beloved features since it was added in the lead-up to Shadowkeep. However, it wasn’t always like this. Thankfully, after years of players begging for the feature to be added, Bungie finally introduced cross-save into Destiny 2.

Cross-save in Destiny 2 functions exactly how it sounds: you can link all platforms where you play to your Bungie.net account. Then, simply choose one set of Guardians whose progress and gear will carry over across all systems: PlayStation 4/5, Xbox One/Series X|S, Steam, and even Stadia.

Once you’re ready to get cross-save up and running, follow these steps to set up the feature:

If everything is done correctly, you’ll see a ‘Cross-Save Activated’ message, confirming that everything is successful. Now, you can download the game on your preferred platform and start playing without the fear of losing any data or transferring tons of data here and there.

There you have it, that’s everything you need to know about “is Destiny 2 cross-platform?” Hopefully, this guide answered your question. With that said, invite your friends regardless of which system they have, and start completing quests in the evolving world of Destiny 2!

Let us know in the comments below if you managed to play with your friend who is on a different platform and how was your experience.

If you are a fan of GTA V, find out if GTA 5 is cross-platform or not.