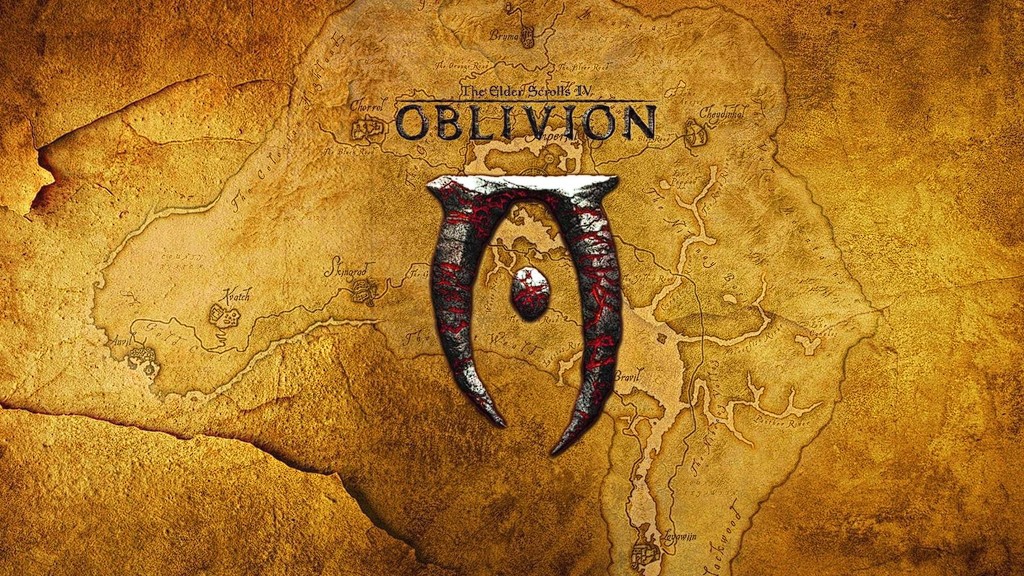 Should we play the Elder Scrolls IV: Oblivion in 2022, is it worth it? Is it still a good game, and how has it withstood the test of time?

The short answer is a resounding YES! It is still fun, and you should play it, no questions about it!

Skyrim was and still is the peak of the series in most commercial aspects. It was one of if not the best action RPGs when it came out in 2011, and that title alone has 11 years behind it.

Impeccable voice acting, interesting quests, immersive old-school style dungeon design, and more challenging gameplay are only some of the reasons why you should revisit this masterpiece. And, since you’re probably tired of Skyrim (and The Elder Scrolls VI is nowhere on the horizon), this might be just the thing to refresh those old RPG reflexes.

The Elder Scrolls IV: Oblivion release date was in 2006. The game represented one of the first RPGs successfully adapted for consoles since it is available on Xbox 360 and PS3, besides PC. It was developed by Bethesda, of course, who is the series’ primary developer and publisher.

The previous installment, The Elder Scrolls III: Morrowind, made an enormous contribution to the genre as a whole, and it is a well-remembered game even today. It was the first fully 3D game in the series.

So, if Oblivion did not invent the wheel as Morrowind did, and it is not the defining commercial RPG of its decade like Skyrim was, where does the allure lie?

Multiple Game of the Year Awards

The Elder Scrolls IV: Oblivion was named game of the year both at the Spike TV Video Game Awards and G-Phoria Video Game Awards for 2006. It also received numerous other accolades and the “Best Role-Playing Game” and “Best Technology” awards by the Computers Games Magazine. It was also included in various “best games of all time” lists by famous outlets.

One of the main differences between Oblivion and Skyrim is that, in Skyrim, the opponents and encounters in the world do not scale in difficulty with your character’s level, which is both good and bad.

It gives you a sense of progression and power, but some quests seem like chores and lack the challenge once you overpower the opposition.

In Oblivion, everything scales with your level, meaning that no matter how strong you get, the enemies, wherever you go, are scaled to fit the game’s difficulty setting and your current level.

This does rob you of that sense of power and progression, but it does give the game that old-school RPG challenging difficulty.

Oblivion offers a large open world, possibly the largest at the time it was out. The environment has the usual fantasy medieval aesthetics, with castles, stone walls, green fields, horses, knights, and the likes.

It is maybe a bit banal compared to Skyrim, and, at first glance, the world did not offer much in terms of unique style and memorable places. But, nothing could be further from the truth since its twisted dungeons, and dark corners filled with side quests offer an old-school immersive RPG delight.

The city designs are simple in Oblivion, but the cities are much bigger than in Skyrim and are a blast to go through when paired with sneaking or acrobatics skills.

Larger Cities and More of Them!

Compared with the fact that you can talk with every NPC in the game, this creates a realistic and immersive atmosphere, like you’re a part of a fantasy world.

Skyrim has a total of 9 cities, counting Winterhold, while if we include every district of the Imperial City, Oblivion would have a total of 18! Every NPC has its own place, while, in Skyrim, you find some people sleeping in the tavern or in other people’s houses, which can somewhat ruin the illusion.

One of the main reasons why Oblivion is still good in 2022 is the old-school dungeon design, which can be rather baffling for newer audiences, one must admit. This is not according to today’s standards at all.

There is no clear path to where to go, the endpoint is not obvious, not every dungeon has some cool loot at the end, and there are no convenient shortcuts to take you back to the entrance, like in Skyrim. On paper, this is not good, but actually, this is awesome!

This adds to the realistic atmosphere of the gameplay so much because dungeons don’t just feel like a separate instance you do like a chore to get the expected loot at the end. They feel like places where real bandits or monsters would hide!

Dungeon design makes you feel like a small part of a larger world that’s not tailored to suit your needs.

Back then, The Elder Scrolls IV: Oblivion was one of the first games to feature an ensemble cast, with the likes of Sean Bean as the voice of Brother Martin and Lynda Carter as the voice of Orc and Nord NPCs (she was also in Bloodmoon, Morrowind, and later in Skyrim).

Terence Stamp, the legendary actor, voices Mankar Camoran with his unmistakably powerful baritone, with Sir Patrick Stewart as the voice of Emperor Uriel Septim VII, whose dream saves your life at the beginning of the game and kicks off your adventure.

There are several more voice actors in the game that all contribute equally to some of the best dialogues in video games to this day!

Best AI of its time?

In Oblivion, every NPC has its unique schedule that they adhere to unless being interrupted by the player, and the player can talk to every NPC. Most of them don’t have much to say, but they can give useful hints about dungeons, rumors, or side quests.

The NPC schedule is ongoing whether the player is nearby or not, and this can give you a realistic sense of actually being there, being a part of that world. Also, how every character first tells you their name and what they do is priceless!

On the other hand, non-interactable characters in Skyrim do kind of dilute the experience for some people.

Guilds and Side Quests

Unlike Skyrim, Oblivion doesn’t force the player to take a predetermined path through the game. After you take a few of the main quests out of the way, you are free to carve your own path anywhere, in any direction.

This includes joining guilds and doing sidequests, which are definitely the best part of this game and the main reason why the Elder Scrolls IV: Oblivion is still good in 2022 and will be for a long time!

There are side quests like solving a murder mystery like a detective, helping people with their issues, sometimes just listening to their troubles, and there are standard errand quests. Side quests often greatly improve the main storyline, like these 10 best Elden Ring side quests we’ve picked out on one occasion.

This was a weird skill, but it went hand in hand with the ground-breaking level design Oblivion had in 2006. Acrobatics made jumping and the environment, in general, an important part of the game in their own right, while jumping in Skyrim is just a way to get over small objects in the way.

Some prefer the latter, but it is so much fun having an entirely separate dimension of movement to utilize with your skills, like finding the perfect vantage point for assassinations or escaping the guards quickly.

Skulking on the rooftops and jumping from one building to another added a sort of theatrical aspect to the game that The Elder Scrolls V missed, as many fans already agree.

If you agree with us, you will quickly see that you are not alone in thinking The Elder Scrolls IV: Oblivion is still good today. Hundreds of thousands of people are still carrying a torch for the game, and many actually do professional programming work to make it up to today’s standards.

You can find numerous Mods online to improve everything and solve all the common problems Oblivion has, like improving visuals, graphics, character appearance, flora, trees, landscapes, weather effects, weaponry, UI, and more!

Incidentally, we have a list of 35 best Minecraft mods that shows how a game can be improved with just a little creative liberty.

Speaking of modding, what could be better than recreating this iconic game in a modern engine?! Skyblivion is an ongoing project that aims to recreate Oblivion in Skyrim’s engine. It is a volunteering endeavor handled by guys that call themselves the TESRenewal modding group.

Still being developed at the time of this writing, this large project aims to produce a single mod that will enable players to choose which components to install and which to retain from the original game, with some enhancements that the team has developed on their own (like the landscaping, city, interior, and weapons & armor overhauls)

The developers promise a 100% free Skyblivion mod, but it will require the user to own both Oblivion and Skyrim with all the DLCs. Both games are often offered at discounted prices on Steam, and if you have the Steam Deck, you can enjoy them like never before!

Skyrim did come through on many of the drawbacks Oblivion had, like the inability to un-notch an arrow and the weird character face design. But, they also removed some of the cool stuff people liked in the previous game.

The Elder Scrolls IV: Oblivion is still good in 2022 and will be for years to come because the game has timeless qualities like the immersive story and atmosphere. The only problems Oblivion has are of practical nature, which is easily solved with a few lines of computer code now in 2022, and that is the only thing standing between you and a hell of a good old-school RPG fun time!

By Aleksandar Lukic
Follow:
"The pen is mightier than the sword...if the sword is very small and the pen is very sharp" -Terry Pratchet
Leave a comment

How To Fix the Forspoken Low FPS Issues on PC

February 2023 Nintendo Direct Could Have a Couple of Surprises

Abigail Stardew Valley: Everything You Need to Know

Emily Stardew Valley: Everything You Need to Know