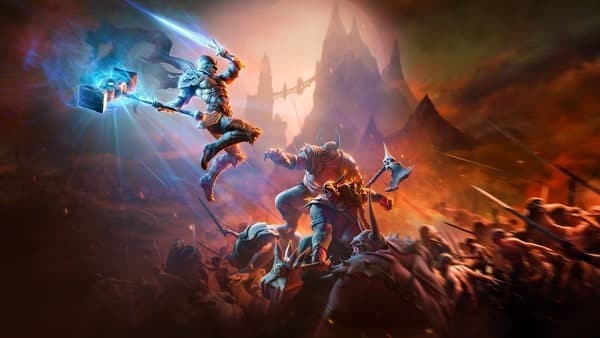 It seems that Kingdoms of Amalur: Re-Reckoning was added to the Microsoft Store earlier today and has ruined the surprise announcement that THQ Nordic had planned. Game is getting a remaster, and the achievements of the game have also made their way to the internet.

Kingdoms of Amalur: Re-Reckoning is getting a second chance.

Kingdoms of Amalur is one of those games I would never have guessed would see the light of day. At least not a port. The game had a very niche following and failed to meet the expected targets for it to have a sequel, but fans vehemently fought for the game. It seems that their prayers have finally been answered.

According to a listing on Microsoft Store, the game is out on August 11th for the Xbox One. Whether or not we will see PC and PS4 ports as well is still the question.

In addition, the achievements for the game are also available for viewing via exophase.

The reappearance of the game has come as a complete surprise to many and fans are now beginning to speculate that there might just be hope yet for the franchise if THQ Nordic is re-releasing the game. Perhaps if this release garners enough interest they’ll consider a sequel.

Now all we have to do is wait for the official announcement from THQ and have further details shared with us regarding the game.

However the story behind the games funding and development is also one that is meant for the history books.

Kingdoms of Amalur is a game that met with little critical and commercial acclaim and due to its lack of success, it almost caused the state it was developed in to file for bankruptcy. I highly encourage fans of the games or just anyone overall to watch the impressive documentaries people have compiled over the development and funding of the game.

With all that said, we still don’t have confirmation of the game coming to PC and PS4 yet, but their announcements could be on hold until the official announcement from THQ whenever they decide to do it. Until then, I recommend you start saving for the game now.

What are your thoughts on Kingdoms of Amalur: Re-Reckoning. Let us know in the comments section below!