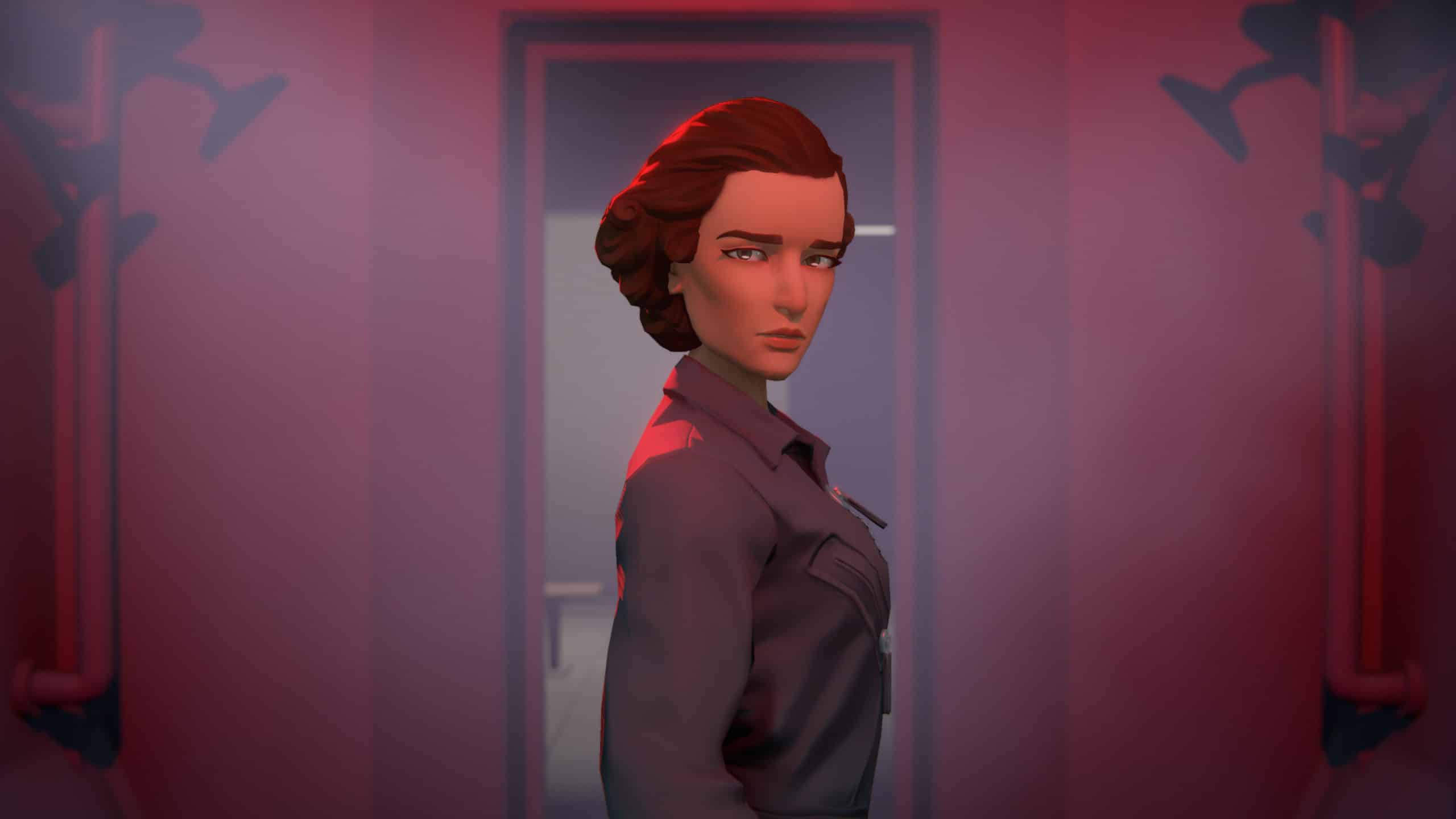 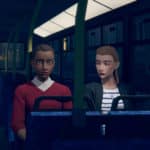 Last Stop is a narrative-driven adventure title from Variable State, the developers of Virginia. The game is published by Annapurna Interactive and features a multi-layered story, featuring a cast of very different protagonists. In our Last Stop review, we’ll talk about where the game succeeds, and what it brings to the genre, especially when it comes to storytelling.

Last Stop has been compared to TV shows like the X-Files, and Doctor Who, it’s not hard to see why. The game features some characters going about their mundane lives when a supernatural event affects them in a tremendous way. The characters are relatable, well-realized, and the highlight of the title. The narrative manages to capture ordinary people reacting to something strange quite accurately, and it’s fairly refreshing.

The main characters, John, Meena, and Donna have distinct personalities, dialogue choices, and reactions to events. The tone, however, of each story is fairly different, which gives Last Stop, the feel of an anthology series. Sure, the stories eventually collide, but the circumstances that carry each character to that point are pretty different.

We won’t spoil what happens during the course of the game, but it definitely goes into unexpected places, and not always for the better. The ending feels a bit out of place, but it’s still worth it. The game manages to effortlessly make you care about the characters though, and it’s only possible with the amount of thought put into making them feel, and behave realistically.

You’ll need to keep playing each story for a bit for it to really get going. The game does a great job of building characters and walking us through their lives, before introducing the supernatural elements. This is the strongest part of our Last Stop review.

This is where the game falters, quite a bit. Unlike Telltale titles, or the DONTNOD games like Life is Strange, Last Stop doesn’t do much when it comes to player choice. While you do get dialogue options, most of those usually mean the same thing and have little to no effect on the story.

Some small dialogue bits stick throughout, but apart from the ending, there isn’t much you can do to change the course of events. Your choices aren’t there to influence characters, or the story, but to push the narrative along. This is why the game can feel like an interactive TV episode, rather than a video game.

There are some activities you can do, which require some input, but it’s usually something mundane like eating cereal with the analog stick. The actual gameplay of this title is almost non-existent. While this is a bit disappointing, there is still enough that the game does, to keep you hooked. Sadly, this is the weakest part of our Last Stop review.

Last Stop has a distinct style and looks very good. It feels like an evolution of what we previously saw in Virginia. It’s colorful, has expressive characters, and the world really does feel alive. The presentation is decent, and the use of colors to express the tone of the story really goes a long way.

The game doesn’t just look good, but has some great use of music, as well.

Last Stop has an engaging plot, a wonderful cast of characters, and some excellent presentation. The game sadly doesn’t do much when it comes to the gameplay, and player choices. It has an intriguing narrative that you will surely want to see through, but not because of any mechanical depth offered as a game. Recommended for fans of the genre, hoping to enjoy a great story without much when it comes to gameplay.

Be sure to check out our other reviews, for Mighty Goose, Retro Machina, and Resident Evil Village. You can purchase Last Stop on PC at the following link.

This review is based on the PC version of Last Stop. The key was provided by Annapurna Interactive 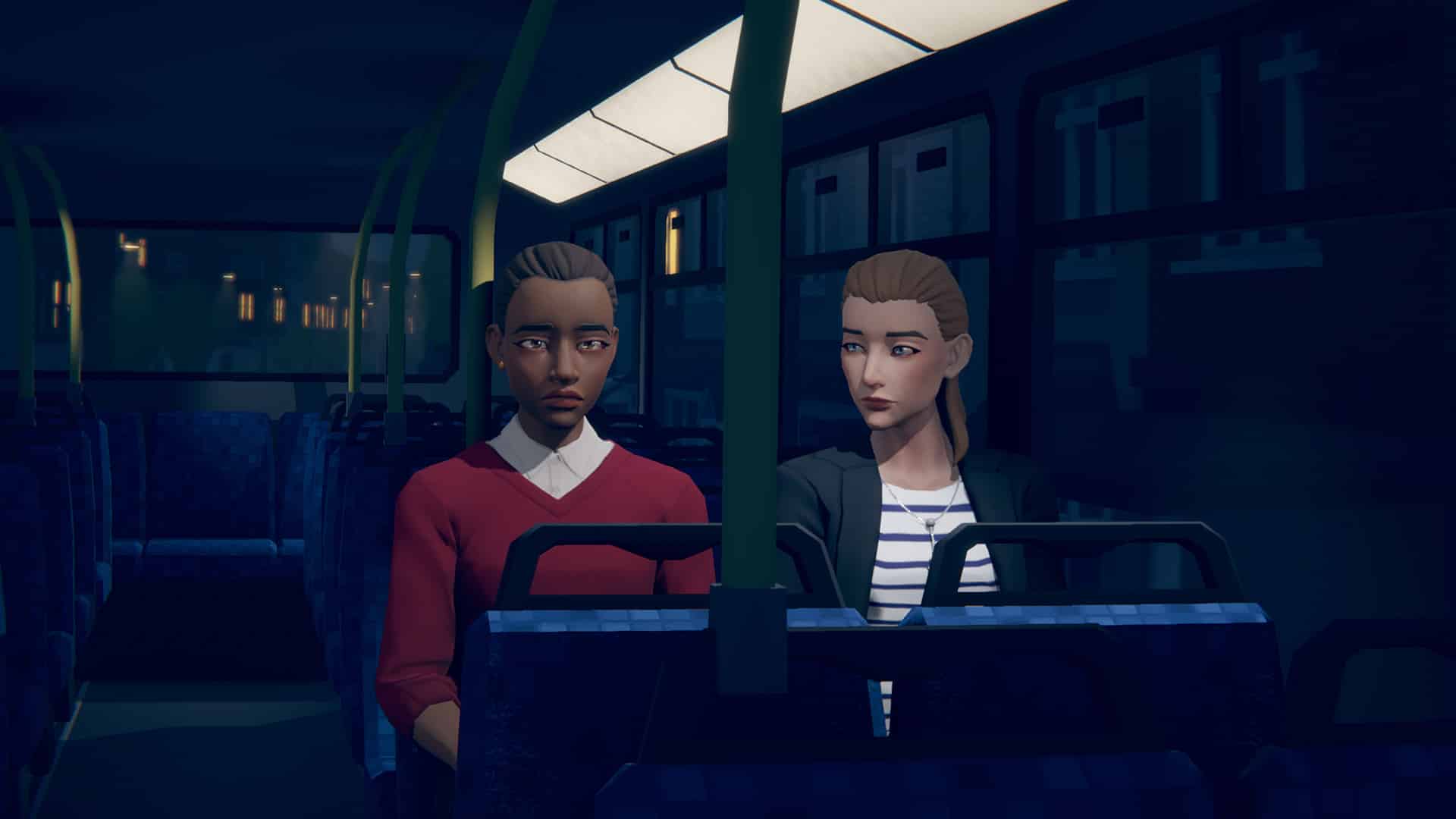 Review Overview
Good 7.5
Overall Score 7.5 out of 10
Summary
Players get to play as each in their own contained stories and see through the mystery of these supernatural occurrences in their own ways.
TAGGED: Annapurna Interactive, Last Stop
Share this Article
Facebook Twitter Email Copy Link Print
What do you think?
Surprise0
Love0
Sad0
Happy0
Sleepy0
Angry0