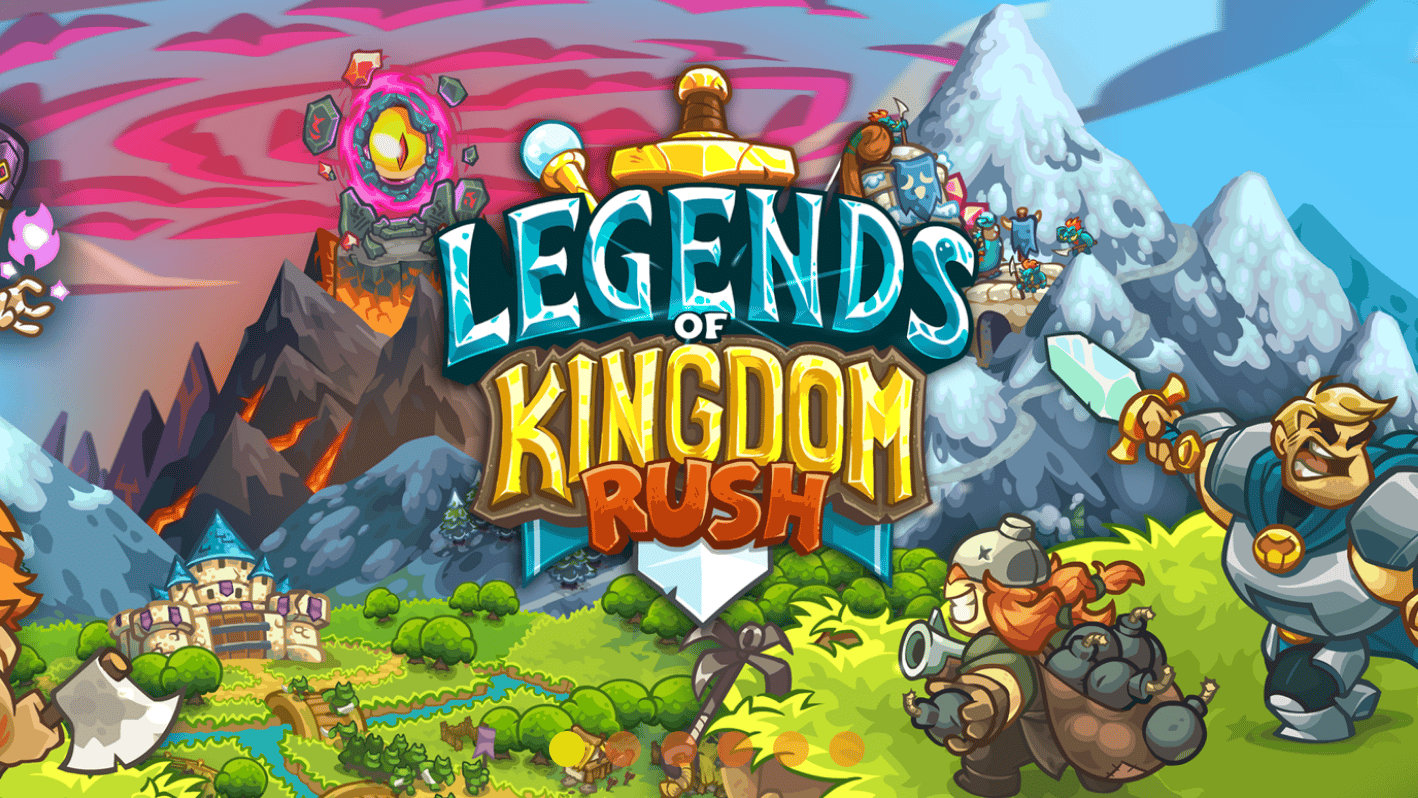 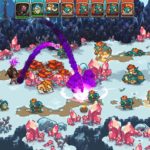 Legends of Kingdom Rush is an indie, role-playing, strategy game from Iron Hide Games – the same studio that brought us Iron Marines Invasion, Junk World, and the Kingdom Rush titles.

This RPG game is set in the medieval fantasy world of Kingdom Rush where the Dark Army reigns supreme but there are larger threats looming in the dark and you need to defeat them through turn-based fighting.

The game has been out for a while now on iOS devices since June 2021 and it has 4.3 stars in the Apple Appstore. But right now, we managed to get our hands on the upcoming PC version which will be available on Steam starting July 15, 2022.

Here is our Legends of Kingdom Rush review.

Legends of Kingdom Rush has a great art style that does not deviate from the previous Kingdom Rush games. The characters are well-drawn and the vectorized style makes them pop out. Actually, on some parts, it looks like a 3D model masquerading as a flat artwork.

The game map looks appealing and the way the characters move is quirky and funny at the same time.

However, the whole UI feels like a magnified version of the mobile game which is not entirely a bad thing because the visuals still look sharp and pleasant to look at.

Now, let us move on to the audio department. It is nothing special because it felt like something you would hear from other games as well. Imagine a medieval fantasy setting then try to incorporate some music in your head.

Without knowing how the game sounds, you probably auralized the sound of a flute, bass drums, violin, and other classic instruments. Well, that is what the music in Legends of Kingdom is like. It’s common yet well-balanced for this type of game. It is enough to keep you pumped up while fighting monsters and the dark army.

The game does not have voiceovers but the text bubbles and the dialogues do not take away the fun experience.

The Legends of Kingdom Rush has entertaining and challenging gameplay especially if you are new to turn-based RPG games. There are several things that make the game fun such as the experimentation on which heroes work best for the quest.

The game starts off easy with unlockable characters such as the Ranger and the Arcane Wizard. The good thing is, after subsequent missions, you’ll be able to unlock the other characters. They are not hidden behind a paywall.

The map is linear towards the boss fight. However, there are different paths you can take before reaching the final battle. It is up to you to decide which path you would take.

It is frustrating though that on some maps you will have to repeat the whole area if you fail to advance. Let’s say you reached the boss fight and you failed. You will then have to redo all your battles.

The good thing is, that you may then push through the map using a different route so you can explore it with a fresh mind. It is enjoyable as you need to think of new strategies and tactics to win the game.

Legends of Kingdom Rush has simple turn-based combat. Sometimes it feels repetitive. It is not bad though. It is still enjoyable and fun to do.

Characters are allowed to move in hexagonal areas like Chess pieces. Then you could either attack, heal an opponent, cast a spell, or end your turn. Some characters have different advantages over enemies but at the same time, every health and shield level varies.

You will have to fight different types of enemies and this is where party planning comes in. If you fail to prepare the right party, then you will have a hard time defeating a level.

Legends of Kingdom Rush is a nice break from the usual turn-based games. The RNG narrative and fun dialogue make it more engaging compared to other games.

The combat and action feel repetitive at times but that is expected since there is only much you can do in a turn-based title. What’s great though is the strategy and tactics aspect of it. It adds flair to the game instead of the usual “my turn-I’ll attack, your turn-you attack” approach.

The best part of the game is the lack of paywall content. Everything can be unlocked by just playing the game.

Who is this game for?

Legends of Kingdom Rush is perfect for RPG fans who are looking for a new game with hours of playtime. If you are new to the game, then do not worry as you will definitely enjoy it too.

That is it for our Legends of Kingdom Rush review. If you are interested, feel free to check it out on Steam or the Apple Store.

This review is based on the PC version of Legends of Kingdom Rush. The key was provided by Renaissance PR 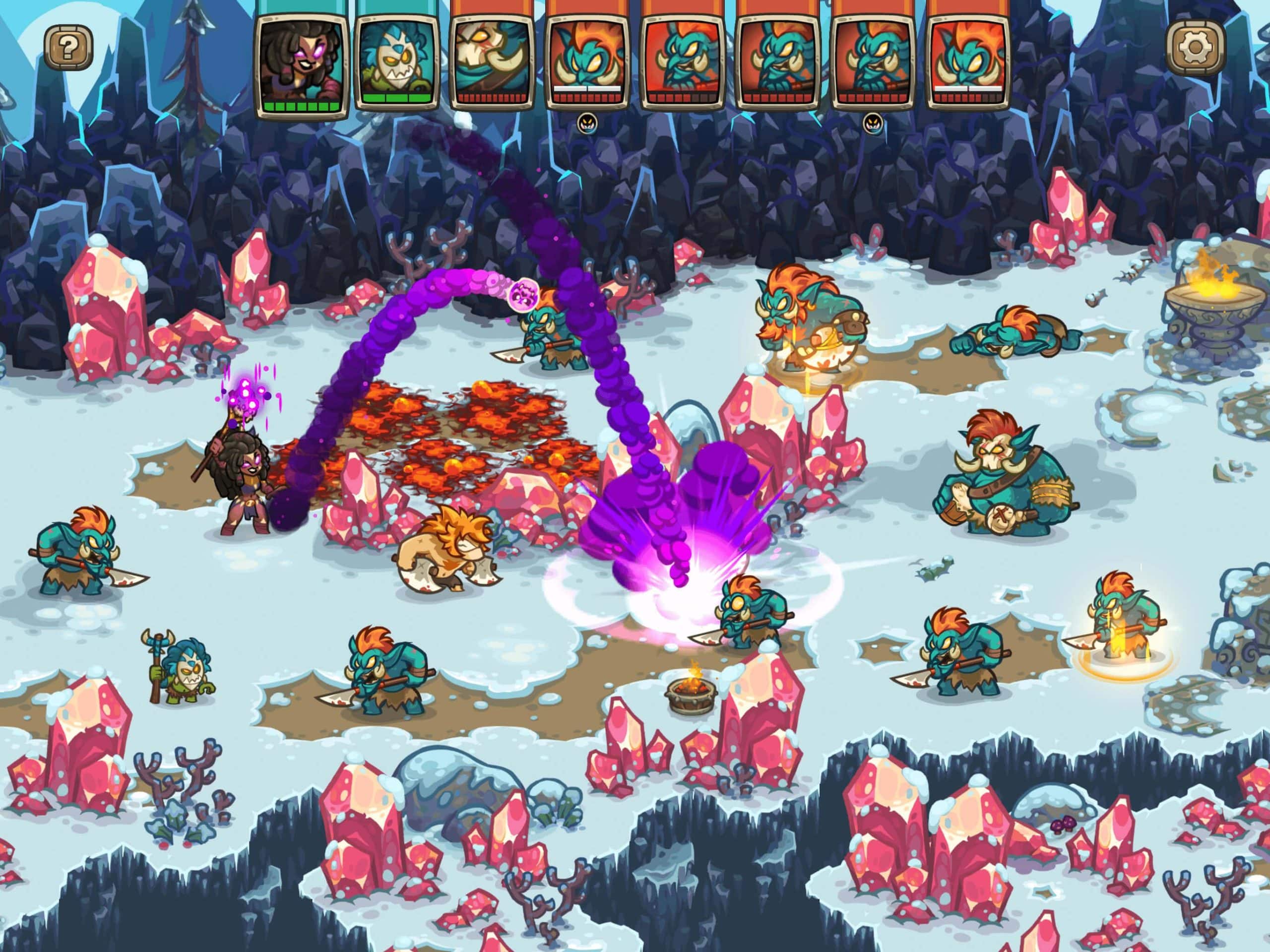 Review Overview
Great 8
Overall Score 8 out of 10
Good Stuff Excellent Visuals Easy to understand combat Challenging map No paywall Funny writing, and dialogue
Bad Stuff Feels repetitive at times
Summary
Legends of Kingdom Rush is a turn-based strategy RPG in the Kingdom Rush series and is finally out on PC through Steam. It takes players through 5 lands where they will face hordes of orcs, trolls, demons, and many more dangerous factions.
TAGGED: Legends of Kingdom Rush
Share this Article
Facebook Twitter Email Copy Link Print
What do you think?
Surprise0
Love0
Sad0
Happy0
Sleepy0
Angry0