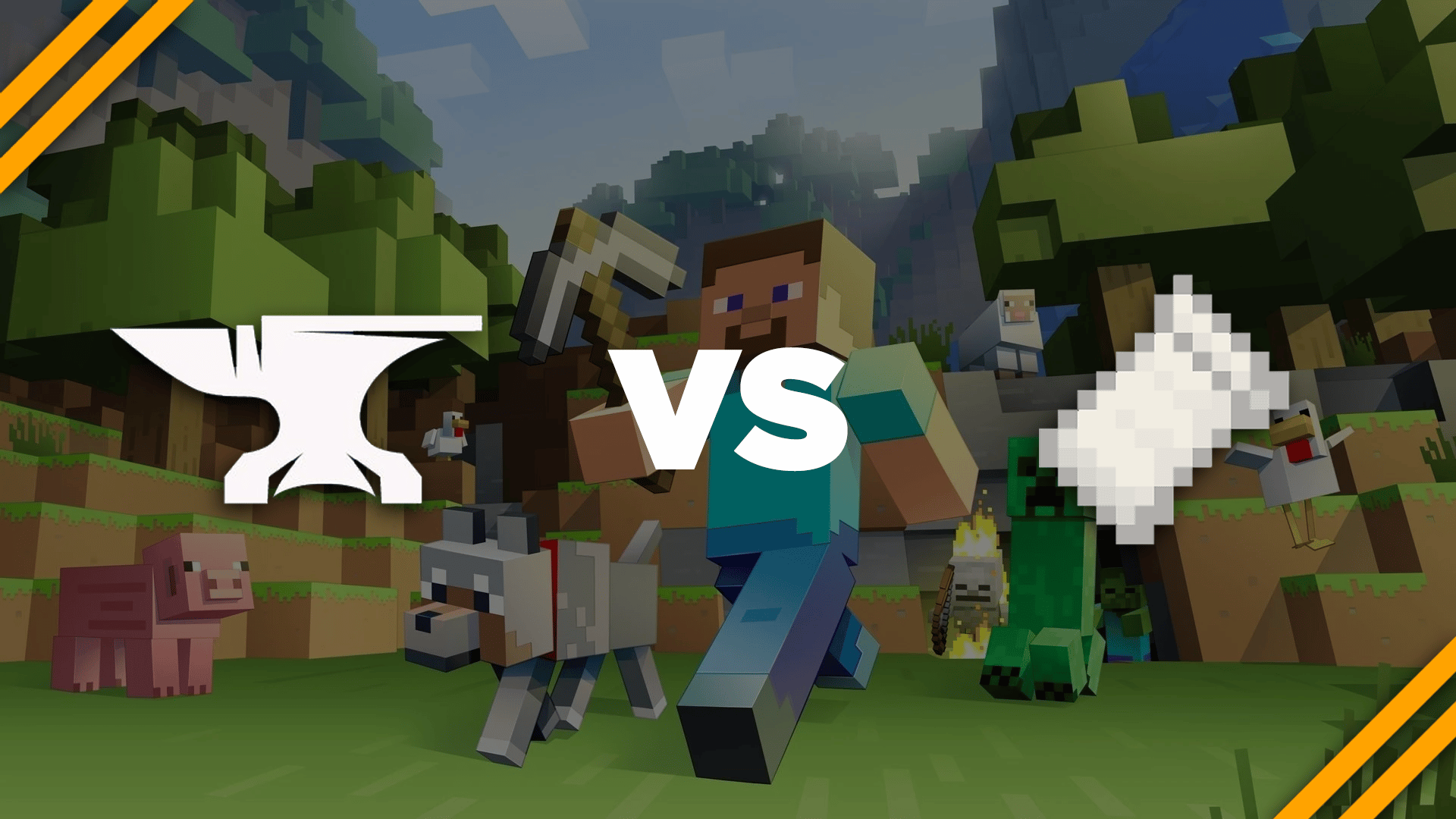 Well, the answer to that question depends on a lot of factors. For example, can your computer handle heavy games? Does the mod you want to play use Fabric or Forge? And which is the best Mod Loader for the version of Minecraft you play?

Below, we answer all these questions and more, so keep reading!

What Are Minecraft Fabric and Forge?

They’re created by independent developers and not Mojang. Therefore, to add these mods to vanilla Minecraft, you’ll need a Mod Loader. That’s where Minecraft Fabric and Forge come in. These software pieces allow the mods to run smoothly with Minecraft’s vanilla code.

But if they’re both Mod Loaders, surely they do the same thing?

Not quite. While they both bridge the gaps between vanilla Minecraft and the mod, they interact differently. For example, Fabric is known for its lightweight framework and quick adaptability. On the other hand, Forge is more robust and can support more extensive mods.

Next, let’s look at Fabric and Forge to understand how they work and their advantages.

Fabric API (application programming interface) is lightweight, meaning it’s simpler than other Mod Loaders. But, again, this was an intentional decision made by the developers directly responding to Forge.

In fact, Fabric was invented as a response to how long Forge took to update to Minecraft 1.14. The developers aimed to create a Mod Loader that doesn’t depend on the version of Minecraft. In addition, it was designed for mod developers to quickly update their mods for new updates – including snapshots.

However, Fabric does not have helpers or interoperate layers. Essentially, this makes it hard for different Fabric mods to be compatible.

Fabric Mods That Stand Out

Here are five mods that are exclusive to Fabric that stand out to us:

You can find more Fabric mods by checking out our 25 BEST Minecraft Fabric Mods article.

Forge is an open-source API that has been around almost as long as Minecraft. It’s known for its powerful capabilities and the heavy mods it can support. While Fabric is made for lightweight mods, Forge can handle mods that change the game completely.

Forge is famously known for its extensive library of Minecraft mods. We’ll list a few in the highlights below. Unfortunately, however, not all these mods have been updated to Minecraft 1.18 – never mind Minecraft 1.19.

Here’s the thing; while Forge is impressive and powerful, it takes ages to update. When you compare Minecraft Fabric vs Forge, you’ll find mods updated much quicker on Fabric. This is due to Forge’s intensive API – making it a double-edged sword.

Another thing that Forge has over Fabric is its compatibility features. Forge allows for multiple mods to integrate with each other – meaning a more complex modding experience in-game.

Forge Mods That Stand Out

Here are five mods that are exclusive to Forge that stand out to us:

The Minecraft Fabric vs Forge debate has been going on for a while now. Minecraft Forge and Fabric cannot be played together. While you can use both Mod Loaders separately, you can’t play Forge mods using Fabric and vice versa. However, while they shouldn’t be stacked against each other, it can be hard to choose between them.

Regardless of your preference, these Mod Loaders are excellent for Minecraft lovers.

Here are some pointers we haven’t mentioned in this article yet. These may sway your description on which Mod Loader to use:

Mods For Minecraft Fabric vs Forge

With that all said, some mod developers are dedicated to their fanbase. Regardless of the Mod Loader their communities use, they want to bring their mods to both platforms.

Here is a list of our top five mods compatible with Minecraft Fabric and Forge.

You can find more mods by checking out our 15 BEST Mods For Minecraft 1.19 article.

We conclude that the answer to the Minecraft Fabric vs Forge debate depends on you – the player.

If you were trying to decipher all the technical information out there, we hope this article cleared some things up. Additionally, we hope it helped you make up your mind on which Mod Loader to choose.

By Dylan Crosbie
Follow:
Dylan is an avid Open World and Strategy game fan. His favorite content to cover include Minecraft and The Sims. His gaming interests along with his journalistic background, allows him to bring the best gaming content to your screens.
5 Comments