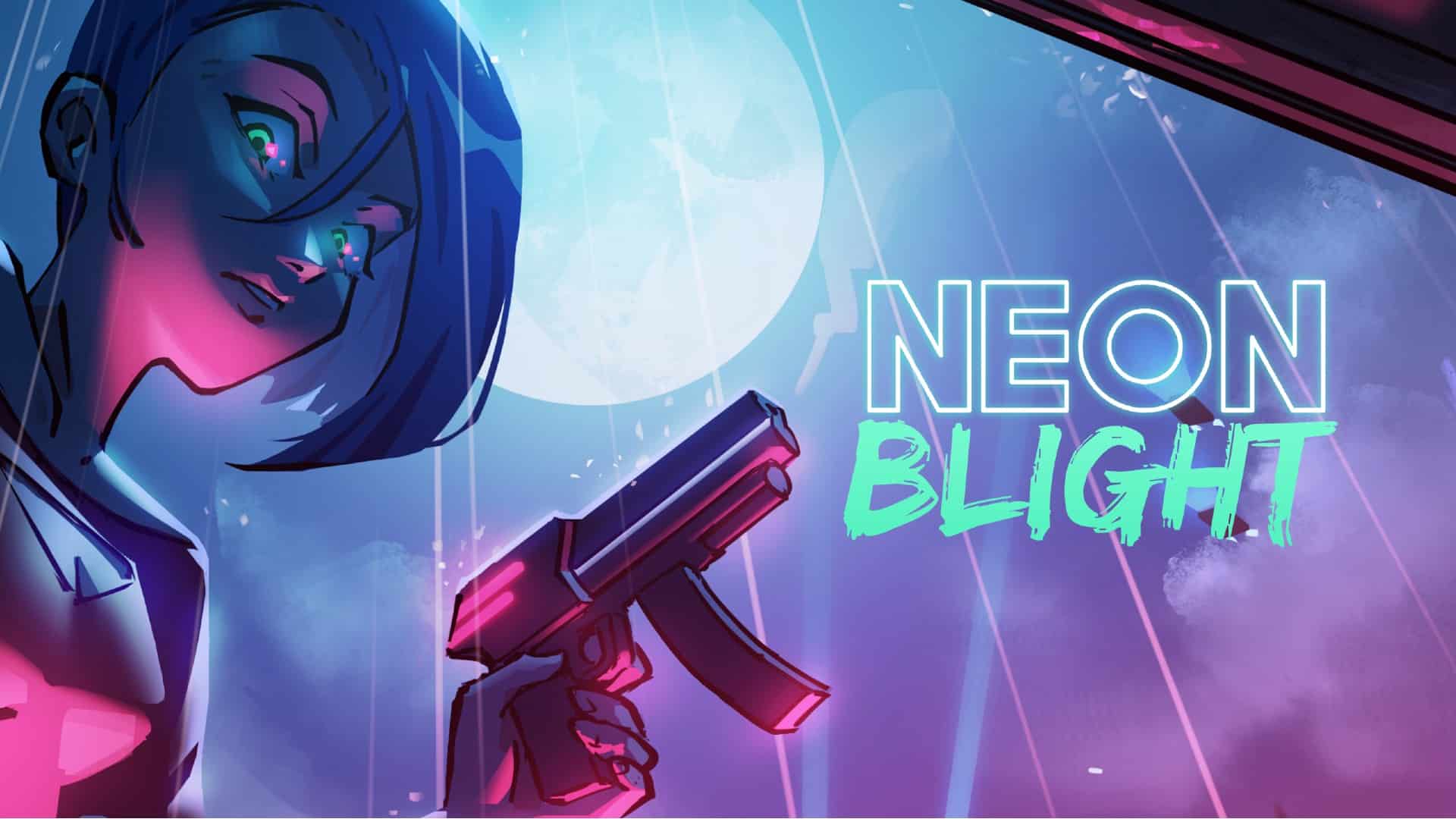 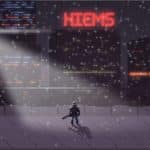 A light introduction to bullet hell and shopkeeping, Neon Blight takes place in an old town district called Eden where you play as Lara, an ex-cop who is on the search for the ultimate weapon. Visit different areas in this cyberpunk world where you’re faced with hordes of enemies and challenging bosses.

Can Neon Blight go at par with the existing bullet hell and rogue-lite titles that we have come to love? Let’s explore this in our Neon Blight review developed by a three-man team over at Bleeding Tapes.

The pixel art style of Neon Blight allows for some of the most immersive environments that I’ve ever seen so far, especially when exploring the city of Eden. I got some reminiscent vibes of other pixel games that I’ve played like Eastward and B.I.O.T.A.

Honestly, the story wasn’t really captivating since I go straight into running and gunning whenever I see these kinds of games. If you’re into reading plenty of dialogue, you might appreciate the old-school feel of this game.

The setting of Neon Blight takes us to the cyberpunk era. Aside from finding the ultimate weapon, Lara is set to shut down HIEMS, a megacorporation that was founded on June 8, 2034, by Christophen Hiems.

He was considered one of the most brilliant people on Earth and was responsible for the creation of the brain chip. This is a device that allows the storage of brain activity and memories into a digital form.

Later in his life, he and his team created a technology that allowed vehicular levitation powered by hydrogen.

After the “Yellowstone event”, the corporation was funded by the UN in order to salvage the remaining structures and technologies from North America. HIEMS was a stepping stone to creating stronger and more sustainable city infrastructures for the next generation.

It is believed by some that HIEMS has more operations behind the scenes than meets the eye. Some even blame the corporation for the highly infectious blight virus.

If you want to learn more about the lore of Neon Blight, you may check out the dev blog.

In terms of audio design, the dungeon crawling felt immersive. However, it can get boring at times especially if you’re now used to the enemies’ attack patterns.

I get where the dev’s direction is coming from that they want the players to get a bit sweaty when exploring the outer borders of Eden, but it could’ve been better if there was some background music while exploring rather than during boss fights.

Neon Blight actually has some potential when it comes to implementing their rogue-lite mechanics. The shop management was also a good addition. I immediately saw some inspiration from Moonlighter, which is also a game that has shop management and dungeon crawling.

You can play Neon Blight with either a mouse and keyboard (MnK) or a controller. Personally, I prefer playing this with an MnK since you’re gonna deal with a lot of aiming.

One of the features of Neon Blight is that you can run your own gun store. I was a bit disappointed with how they implemented this section. The store’s terminal didn’t have much utility.

For example, the Journal doesn’t record entries where a customer was happy or angry with the prices that were given on certain weapons.

At least the devs got the buying and selling part right. I also like that the store hours are a bit flexible since you can decide your operating schedule. I just wish they explored more of the shop management aspect since they’ve got the shooting mechanics right.

If there’s something to improve, I want to see different scenarios whenever you’re operating your gun store. One example could be someone who didn’t pay up with their chosen weapon. You can have the option to confront rowdy customers in a gunfight.

Every time you go out of Eden, you always spawn at The Abandoned Forest. From there, you have the chance to explore different regions from the outer border. During my early playthroughs, I observed some parts of the map didn’t have enough enemy spawns.

I also got impatient and bored while exploring the map. At the same time, I encountered some weird map glitches. On the bright side, the devs were able to address some of these major issues immediately once I reported them. Let’s just hope the team doesn’t get burned out.

The boss fights are pretty satisfying as well, but it can get annoying if you face them and don’t have powerful weapons to finish them off quickly.

The only glitch that was helpful for me was if I only have half a heart remaining and I’ve looted a lot of weapons, I would pause and save the game while outside of Eden.

Once I restart the game and load the save file, it will lead me back to the shop with all my loot in my inventory to sell (stonks).

I wanna root for this game so that it’ll have more content in the future but at the state of this build, I can’t really see any longevity when it comes to replayability. You can get bored once you’ve collected the weapons and cleared all the bosses.

It’s probably a good top-down shooter game if you want to get introduced to a less stressful version of bullet hell. There are plenty of better ones in the market and this game may still have a long way to go.

But if the devs will continue to listen to the community’s feedback, then it can potentially become one of the best pixel games that we’ve seen in a while.

Honestly, this is the kind of game where if I don’t have a beefed-up PC to play Cyberpunk 2077, I could probably consider this as an alternative.

We hope you enjoyed this Neon Blight review. Get it on Steam if you’re into these types of games. Also, feel free to explore the rest of our site for some more reviews and other guides.

What did you think of our Neon Blight Review? Share what you think about it in the comments below.

This review is based on the PC version of Neon Blight. The key was provided by Freedom Games 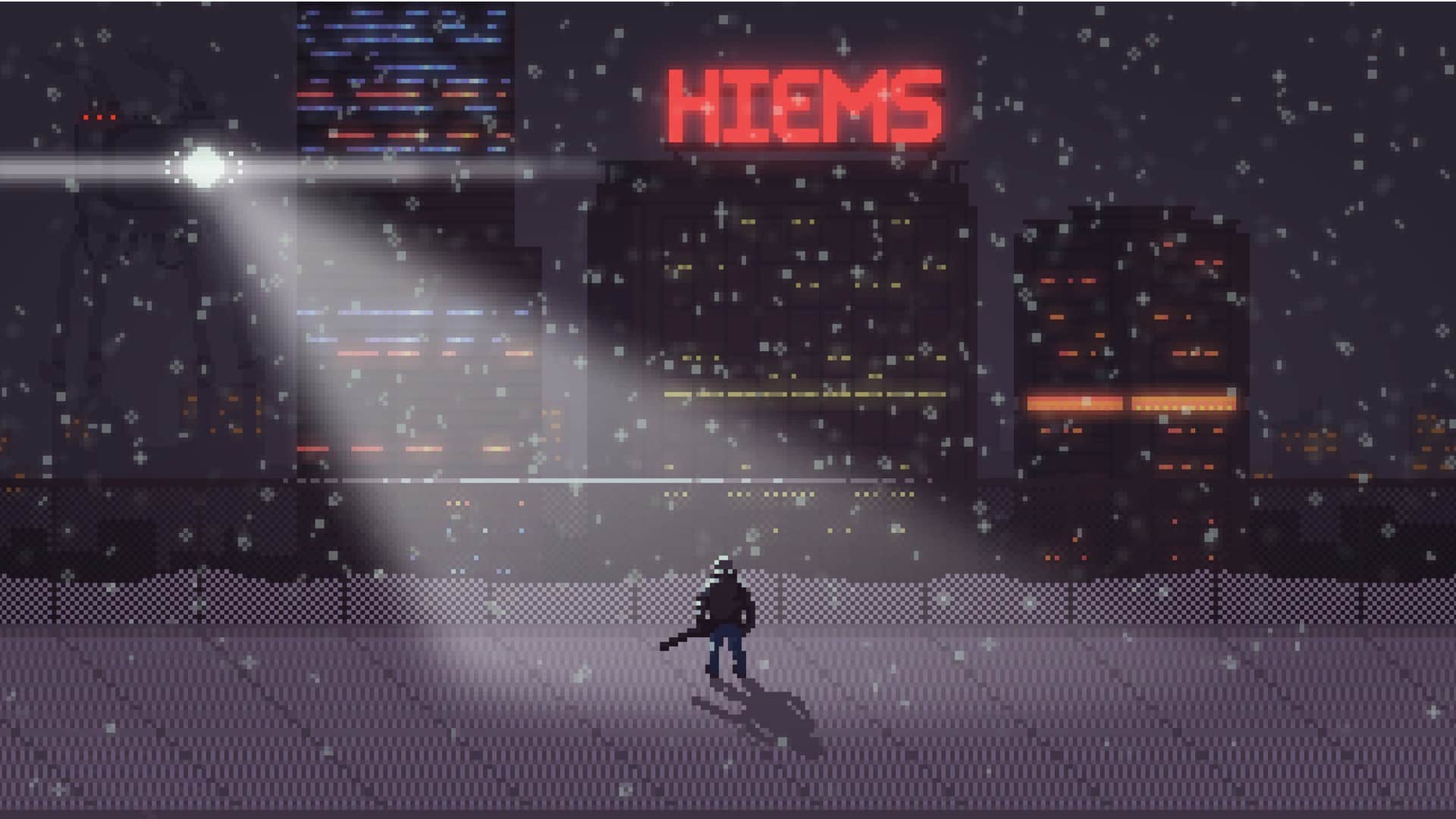 Review Overview
Above Average 6
Overall Score 6 out of 10
Good Stuff Good starter game for players who are new to the bullet hell and roguelite genre Plenty of weapons to choose from looting Decent level design and enemy spawns Challenging boss fights
Bad Stuff Store management improvements Some map and enemy glitches No procedural-generation; tends to get boring over time
Summary
Neon Blight has good art direction when it comes to bringing the pixel cyberpunk theme to life. However, the bullet hell and dungeon crawling mechanics may need to improve. It can be a good market for newbies in this genre, but not so much for veteran gamers.
TAGGED: Neon Blight, Neon Blight PC, Neon Blight PC Review, Neon Blight Review
Share this Article
Facebook Twitter Email Copy Link Print
What do you think?
Surprise0
Love0
Sad0
Happy0
Sleepy0
Angry0