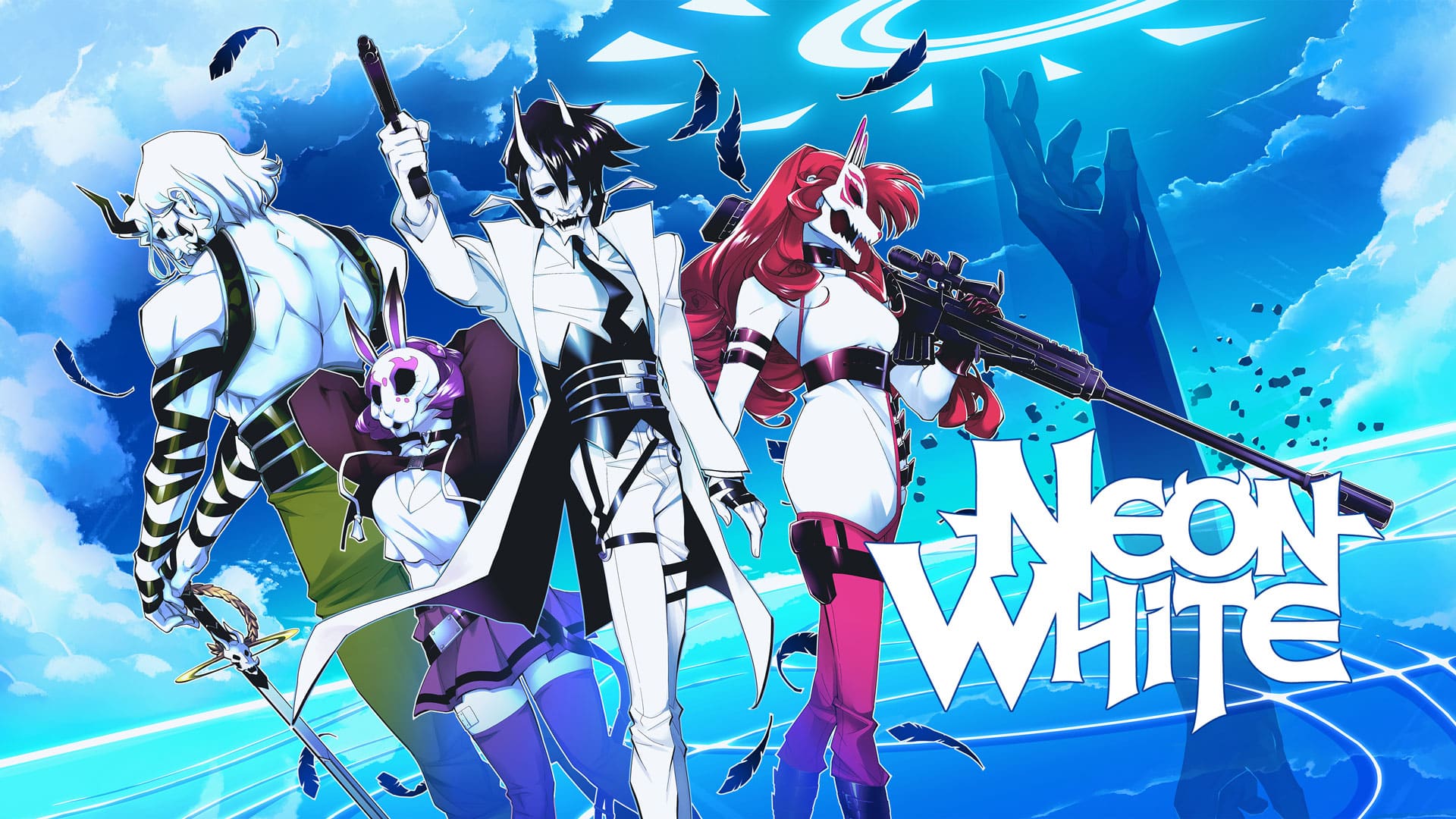 Neon White is an upcoming first-person shooter and platformer developed by Angel Matrix, Ben Esposito, and published by Annapurna Interactive. It is one of our most anticipated of the year, and we’re slowly getting close to its early Summer 2022 release. The title was available to try out as a demo back in February. Now, the Neon White voice cast has been officially revealed as well.

Ben Esposito had the following to say about the cast, and what they bring to the world.

“We’re so fortunate to work with a voice cast with the talent and grace to absolutely nail Neon White‘s unique tone. It’s edgy, campy, funny, and surprisingly earnest, all encapsulated in Steve Blum’s pitch-perfect performance as our cool and charmingly clueless protagonist White. It’s been a joy to watch this incredible team of actors and actresses bring Heaven’s outlandish residents to life with both a sense of humor and a familiar warmth.”

Based on the few trailers we did see, it’s pretty obvious that the voice actors had a lot of fun with their dialogue, and it’s shaping up to be an excellent adventure.

Ben Esposito previously worked with Annapurna Interactive on the smash-hit comedy game, Donut County, and has partnered up again for Neon White.

Neon White is coming to PC and the Nintendo Switch sometime in early Summer 2022. You can now pre-order it through Steam and enjoy a 10% discount.

Check out the developer walkthrough below.

What do you think about the Neon White voice cast? Are you excited about the upcoming title? Share your thoughts in the comments below.