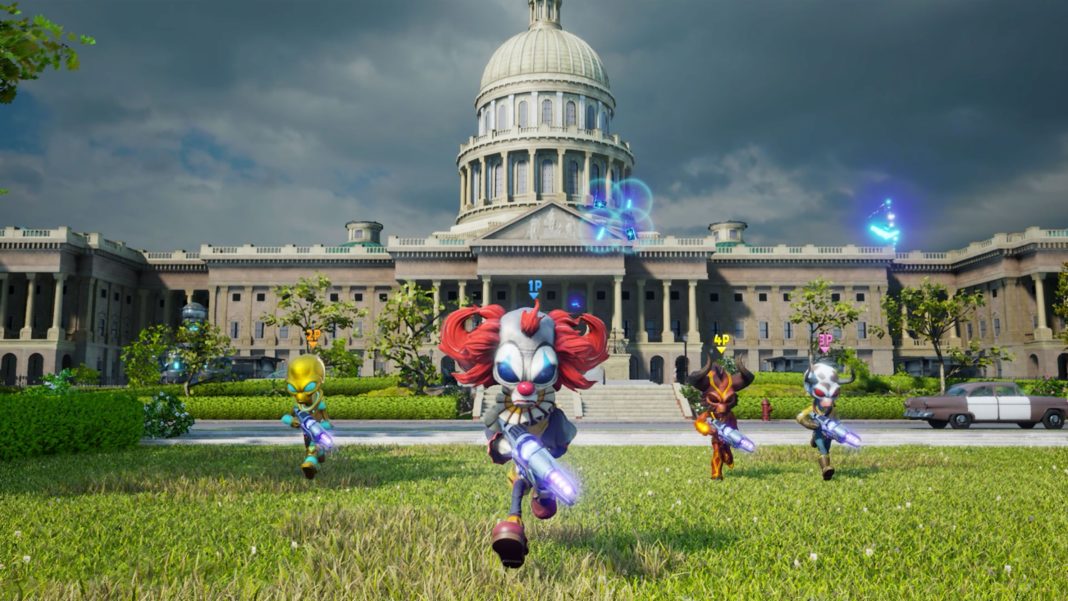 Destroy All Humans is a beloved remake of a 2005 classic title that THQ published a few years ago. The re-release was met with a lot of positive responses, and while fans await the next remake, we may have gotten the first look at the buffer DLC to fill the gap for the wait, but it appears to be a multiplayer DLC, find out what the new New Destroy All Humans DLC Leaked has in store for you!

Destroy All Humans is literally a game that lives up to its name – you play as aliens invading the earth and destroying all the humans along your way.

The first game was released in 2020 and it was going to be a year to remember for the game as well. With a sequel already announced with no proper release date yet, it seems Microsoft may have preemptively shared a surprise on their own store.

Going by the name of Destroy All Humans! – Clone Carnage, it is a DLC for the main game that has 4 new modes, 6 maps, and supports 4 player multiplayer with the advantage of split-screen cooperative play. The game modes listed are Rampage, Armageddon, Race, and Abduction.

Perhaps the DLC will be announced at the upcoming Xbox Game Show, slated for later in June.

In addition, the game also has its achievements up on TrueAchievements It offers a full 1000G which is a pleasant surprise.

While we still don’t have any details from the publisher or the developer yet, we can only assume that this was an early upload and can be taken down or hidden until the official reveal.

For now, you will have to wait until the official reveal of the game to find out a release date, but as far as platforms go, the game will only be available on consoles (Xbox One and Xbox Series).