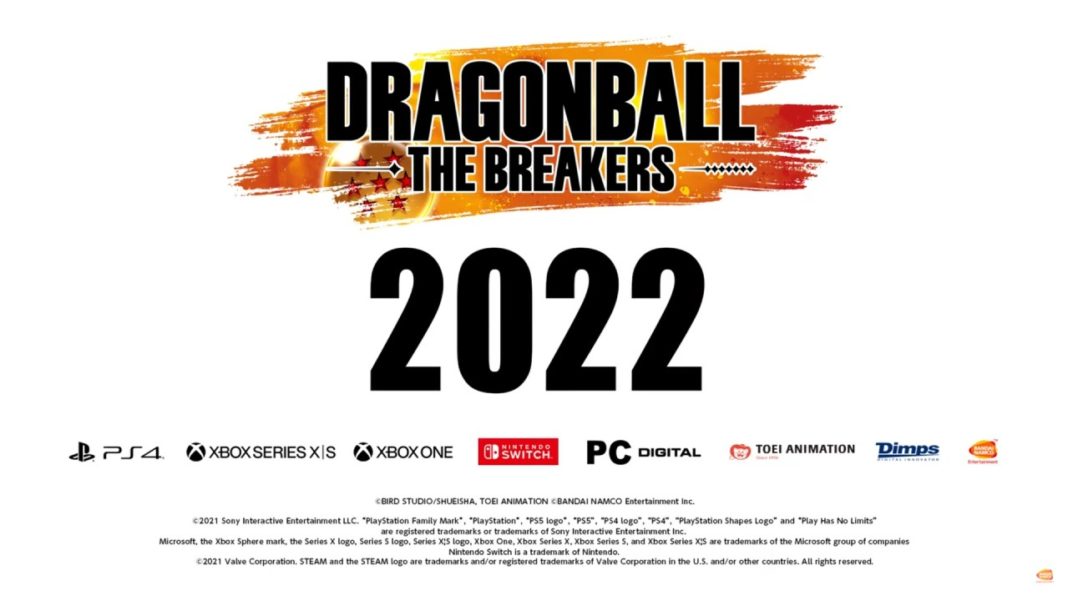 Bandai Namco has released a trailer for a new Dragon Ball game – Dragon Ball: The Breakers.

The game is slated for release in 2022 and will launch on PS4, Nintendo Switch, Xbox One, Xbox Series S|X, and PC. Interestingly, the PlayStation 5 is absent from the list of systems featured in the trailer.

With the trailer, Bandai Namco announced plans to host a closed beta in the near future, with a specific date for the test not being revealed.

However, with a release date for 2022, it’s likely we will see the beta in the coming months with a possible Q2 or Q3 launch next year.

Dragon Ball: The Breaker Games will feature one ‘Raider’ attempting to take out seven other player ‘Survivors’. Survivors will make use of a variety of gear and tools to avoid the Raider, navigating a fairly large open map in a Dead by Daylight-inspired gameplay loop. This is a welcome change from the 2D fighting games that have dominated the franchise in recent years.

It’s unclear what win conditions the survivors will have to contend with, but given the Dragon Ball: The Breaker’s apparent similarities to Dead by Daylight, it’s likely that players will need to complete a series of tasks dotted around the map before the Raider eliminates them.

Interestingly, it looks like the Raider grows in power after player kills, which could add a great escalating sense of urgency mid-game and make dying far more consequential than in other games of this style.

All of this is speculation, though, as the announcement trailer features little gameplay for us to dive into.

One thing we can rely on is that amidst an onslaught of broken and subpar games, having a unique take on a pre-established franchise like Dragon Ball is something to look forward to.