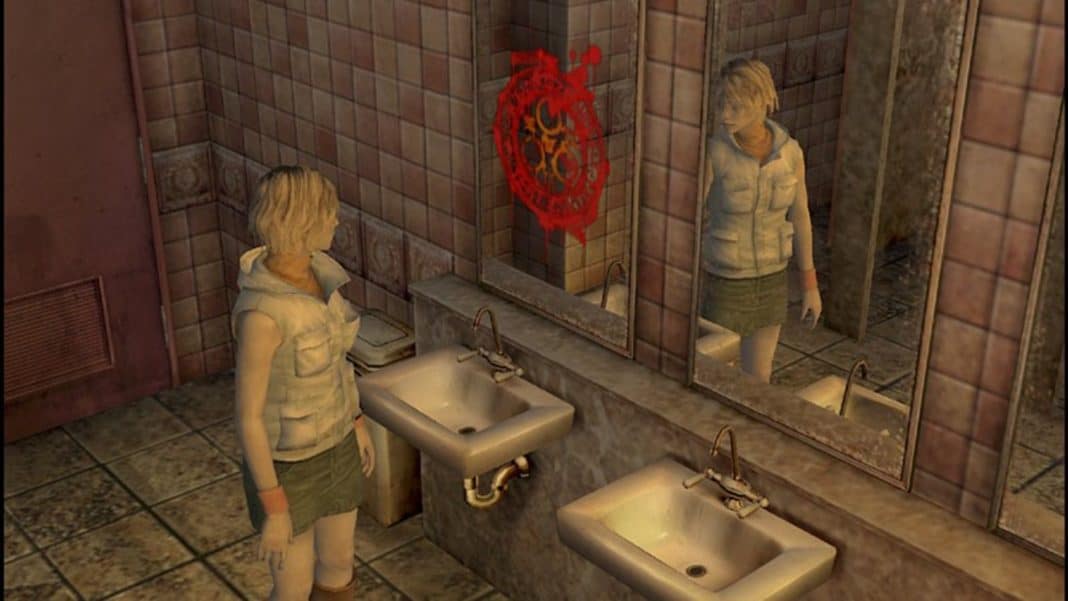 Silent Hill is an on-again, off-again rumor that props up in the gaming world from time to time. It’s a series that pretty much buried itself after the abysmal critical and commercial failure of Silent Hill: Downpour in 2012, and while there was a chance of a reboot in 2014 that involved Guillermo Del Toro, Norman Reedus, and Hideo Kojima (re: P.T/Silent Hills), it seems that some new Silent Hill Screenshots leaked via a known horror insider.

Some fresh Silent Hill Screenshots have been leaked onto the internet. The images themselves were leaked by Dusk Golem (Aesthetic Gamer) on Twitter, whose account has now been locked due to DMCA takedowns from posting said images, but the images and the tweet itself were able to be retained with the help of user LongJonSilver on Reddit.

One of the images was posted as recent as nearly an hour ago by Dusk Golem on the gaming forum, ResetEra.

Dusk states that this isn’t the only Silent Hill game in development and these particular screenshots are as old as 2020, so these are also some very outdated images.

Here is also a text summation of everything Dusk claimed about Silent Hill previously. These facts may or may not be real so take them with a grain of salt. Courtesy of TheLadderStabber on Reddit.

However, we currently have no knowledge on who the developers of this particular project are and whether Team Silent is involved in any capacity at all.

While reverse searching the images yielded no results, this has been a problem in the past before where the images could come from the private profile of an individual and can be later revealed by someone who is willing to investigate the images individually, but there is also very little here for us to determine whether the images are indeed real or not.

With 2022 being a year that many classic games like Max Payne 1 & 2 are getting the remake treatment, we can only hope that Konami gives the series one last try to see if there is some horror left in it.