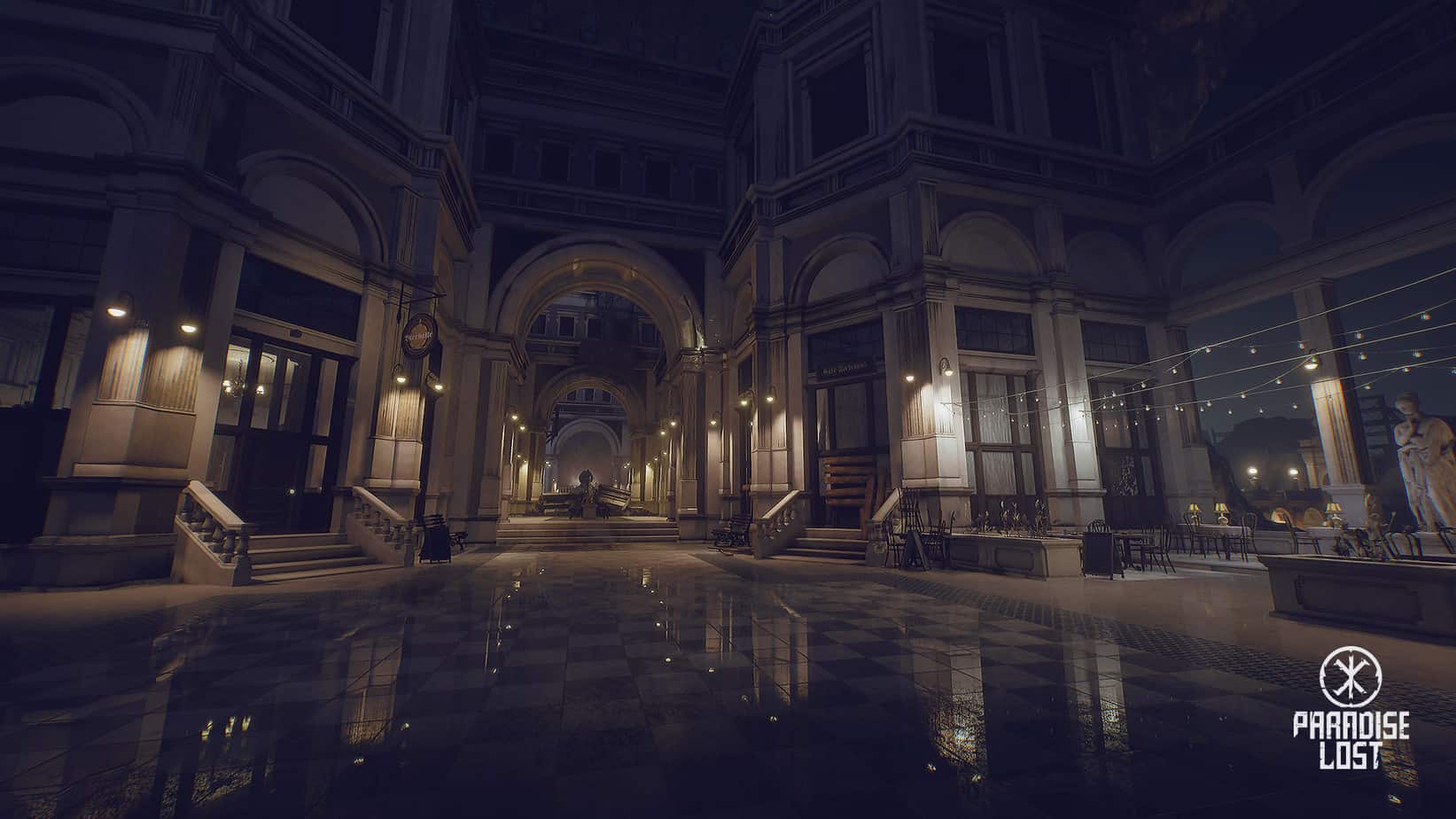 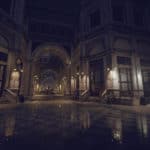 Some games are really easy to describe. The entire Call of Duty franchise, for example, can be summed up in two sentences and the genre of the game. That’s not a bad thing per se – it’s very easy to talk about the game and get people excited for it. The last game I reviewed, Remnants, was fairly simple to describe too. Other games, however, are nearly impossible to describe. Narrative-driven adventure games fall in that category. How do you describe a game like that without spoiling it? Well, in today’s Paradise Lost review I’ll take a stab at explaining the brilliance and fails of this walk, open doors, and push buttons game while keeping the plot for you to enjoy.

Paradise Lost Review: What Is It?

In the most layman of terms, Paradise Lost is a narrative-driven adventure game where you go around exploring a convoluted story and deep lore. It explores a what-if past where the Nazis won the Second World War, from a Slavic perspective. Unlike most of its kin, however, Paradise Lost offers a less linear experience. You can, with choices you make, run the story differently. A single playthrough won’t give you the definitive experience.

It’s a fresh perspective on a genre that hasn’t received a great game since Telltale’s The Walking Dead. The question is, can PolyAmorous – the game developer – execute it well? You can either read this Paradise Lost review and take my word for it, or buy the game on Steam and take it for a spin.

Gameplay: A Fair Amount Of Listening and Going In The Wrong Direction

In Paradise Lost, you control a 12-year-old boy as he trudges on in desolate (and perfectly atmospheric) areas. You walk along a mostly linear path with a few “wrong” branches that reward you with tidbits of lore and backstory. Every now and then you are faced with a choice that could possibly alter the flow of the game.

Other than that, you just immerse yourself into the game’s original story. The narrative is the incentive and payoff for this game.

A Gorgeous Setting And A Perfect Atmosphere

As soon as you start playing this game you’ll immediately notice it yourself. The way this game shows-not-tells you the story is something other developers should learn from. Huge areas are set up and carefully detailed just to give you a glimpse of the scale the plot is going on about.

That is to say, the setting is perfectly atmospheric. Personally, I didn’t have to force myself into the game – the immersion found me first.

And speaking of setting, there is something to be said about a Slavic story set in an alternate past in the 1960s. Going in, I did not know what to expect but I was certainly intrigued. It’s about time we explore settings that are not medieval European or post-modern American more in gaming.

Before we get into the narrative of the game, I’ll have to disclaim that I only played the game through twice to write this Paradise Lost review (each playthrough is around 4 hours, 5 if you are curious). By no means have I explored every possible storyline you can go through.

With that out of the way, I’ll have to admit I enjoyed both runs a lot. The plot goes into Nazi conspiracies, Slavic mythology, and a lot of topics otherwise not touched by mainstream media. I was always eager to know more about the lore. So much so, that I would go down wrong paths to find sheets of paper or old recordings the game developers elegantly places. This says a lot since in my tens of Skyrim playthroughs, I never read a single book save for The Lusty Argonian Maid.

But It’s Not All Bright

There is a lot going on right with this game. However, there are quite a few issues that just made the game a lot less enjoyable than I would have hoped for.

The thing that bugged me the most is just how slow this game is. Your character walks around at an excruciating pace. And while the accessible area of each “level” is not exactly huge, the time it takes to move from area to area is a bit excessive. This made trekking back to read old documents and connect the lines out of the question. The game doesn’t always make it impossible to turn back, but it also does.

Another thing that was mildly annoying was how you interacted with the world. The only interaction you can have is opening doors. And by that I mean you pull your mouse from the bottom of the screen to the top, and you do that every time you want to open a door, switch a level, pry open a gate – everything. I get that interactivity makes the game less boring, but one mechanic for all 4 hours of gameplay did not help.

Writing this Paradise Lost review made me more appreciative of how fresh this game and concept are in general. It’s this kind of game that ages well in memory.

PolyAmorous took a risk and it paid off. With a fresh story and an unorthodox setting, a lot could have gone wrong. And save for a few technical mechanics, it went fairly smoothly.

Paradise Lost is a great narrative and a great concept, it just has to work on the “game” part of the game.

This review is based on the PC version of Paradise Lost. The key was provided by AAll in! Games

Review Overview
Great 8
Overall Score 8 out of 10
Summary
Paradise Lost is a narrative-driven adventure game with a fresh new concept that effortlessly immerses you into its world. If you are more into good storytelling than perfect gameplay, you should check Paradise Lost out
Share this Article
Facebook Twitter Email Copy Link Print
What do you think?
Surprise0
Love0
Sad0
Happy0
Sleepy0
Angry0