Pokemon Legends: Arceus Is Rumored To Not Have Turn-Based Combat 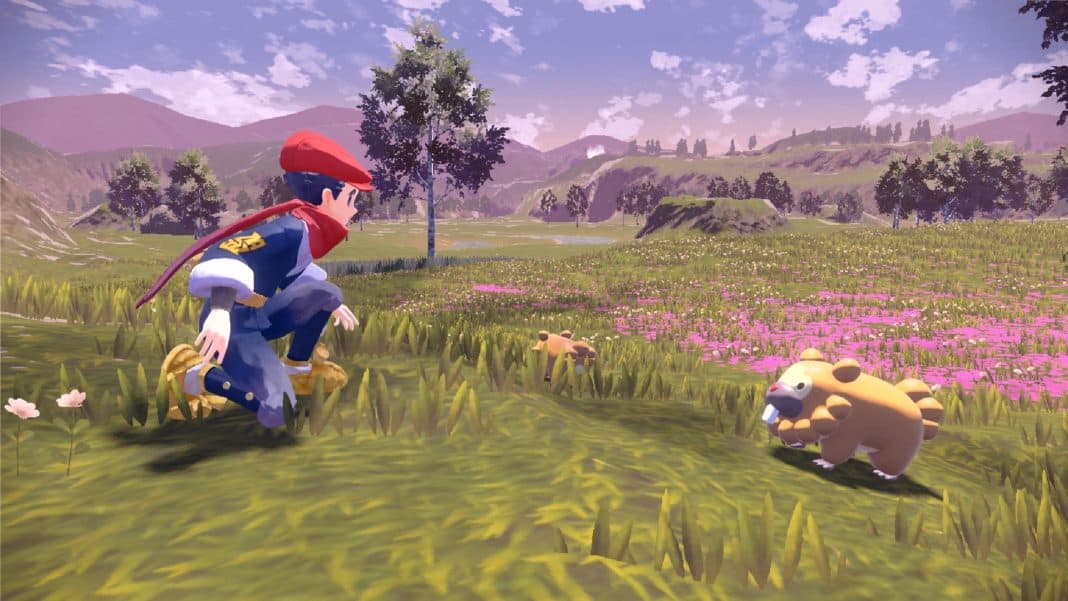 Rumors has it emerged that Pokemon Legends: Arceus will entirely skip the traditional turn-based gameplay the franchise is known for. In the words of Gamefreak themselves, this is a “bold new direction”. The upcoming Pokemon game that looks eerily like Breath of The Wild seems to be Gamefreak’s answer to a stale formula.

The latest rumors we got so far is that the new game will totally switch up its battle system. We’re talking about the turn-based combat that has been relatively untouched since the very first Pokemon game. But there is more to these rumors too.

A little while before the Pokemon Presents 2021 presentation aired, leaked screens of Pokemon Legends: Arceus started circulating. Yesterday, Twitter leaker @CentroLeaks claimed that upon translating the text on the images we can get a few tidbits.

Most of the slides, according to Centro, are about the new battle system. The biggest thing in there is that the old turn-based system is now obsolete. Instead, Pokemons Legends: Arceus will be relying on an ATB (active time battle) system. This is the same type of battle system used in the Final Fantasy 7 remake. Combat is now energy-based and if the timer runs out, whether you attack or not, the enemy will attack you. You can also rush into battle without a Pokemon, but the wild enemies will not pull any punches and your main character can faint.

This, in addition to your player being able to dodge roll, makes the Pokemon Legends: Arceus sound so much more active than its predecessors. To add to that, the battle transition screen has been scrapped in favor of a seamless transition.

It’s true that battles still happen through menus with familiar moves, but this still is a huge change. If the rumors prove true, the game will be much more of an action RPG than anyone expected.

But as with any rumor or leak, take this with a grain of salt. Straying from the main series formula already gives the developers a lot of freedom. It is more likely than not that Gamefreak takes Pokemon Legends: Arceus in bold directions. However, the game is still in preoder with little to no confirmed details. So whether you are a fan of these mechanics or not, the only option is to wait.