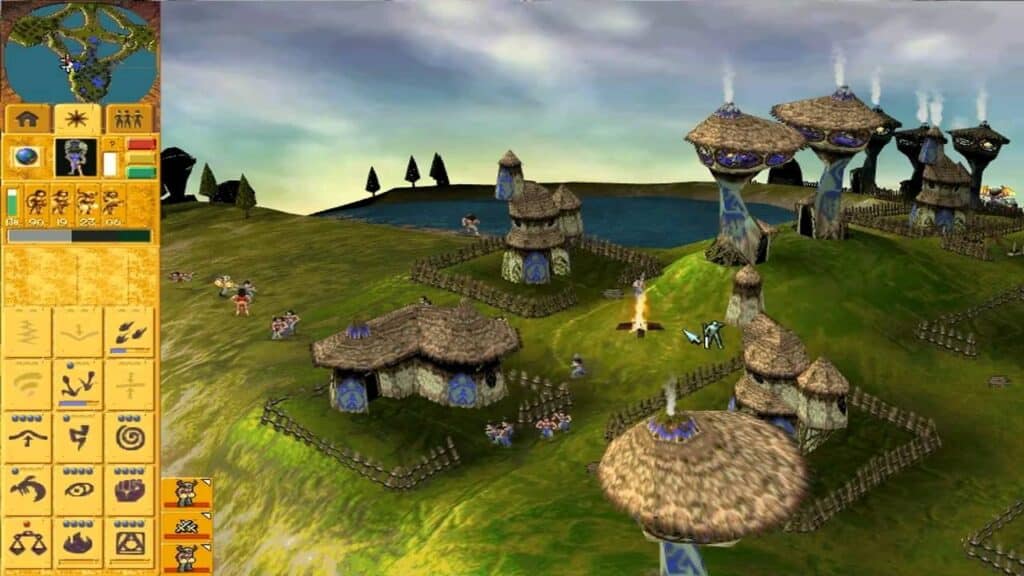 According to an anonymous source, Electronic Arts (EA) is currently developing a remake of the real-time strategy game Populous: The Beginning. It was released in 1998 for Microsoft Windows and on the original Playstation the following year. The public highly regarded the game because it was the first in the Populous series to have 3D graphics and an isometric point-of-view.

A Shaman with godlike powers

In Populous: The Beginning you will play as a female shaman who can cast powerful spells, such as unleashing tornados, meteor showers, lightning, and earthquakes. Achieving godlike omnipotence will be your main task in the game, and it is not easy to accomplish because you will battle other shamans trying to attain the same goal. All shamans will control devotees/tribes who worship them and help them achieve godhood.

In Populous: The Beginning, your followers/tribes are divided into different classes: Braves, Warriors, Firewarriors, and Spies, and each of them has different capabilities.
Braves- Constructs buildings and boosts the population by staying inside huts.
Warriors- fighters skilled in swordplay
Preachers- they worship your name and chant your Holy Scriptures.
Firewarriors- ranged units that shoot fireballs.
Spies- a weak follower that disguises as the enemy, infiltrate other tribes, and destroys their buildings
Angel of Death- a powerful creature who breathes fire and hunts enemies.

According to the rumor, Populous: The Beginning Remake will be developed using Unreal Engine and revealed during EA Play 2022. The game reportedly has a campaign, skirmish, and multiplayer modes. Additionally, Electronic Arts will also include new tribes and shaman skills in the remake. Please take this news with a grain of salt, as this is only a rumor.

What are your thoughts on the possible Populous: The Beginning Remake? Let us know in the comments section below!

By Ramses Miaco
A tech nerd and will play any type of video game he gets his hands on. When he is not gaming, you'll probably see him browsing on Reddit.
4 Comments