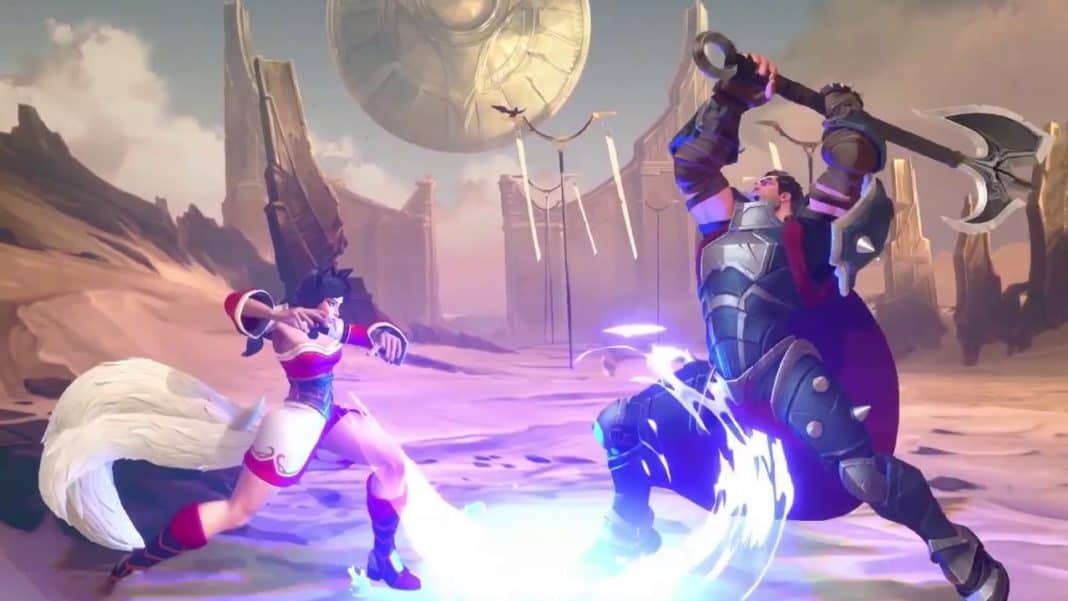 Project L is Riot Games’ new fighting game. It’ll be exciting to see which champions it will feature from the world of League of Legends.

Riot Games announced quite a few projects that they were working on during their 10th-anniversary celebration. Most people were hyped for Valorant, a competitive tactical shooter that will rival Counter-Strike: Global Offensive.

Now that Valorant is nearing its 1st anniversary, rumors about Project L have been growing every day. There were leaks about Project L playtests in late April, and it’s definitely some exciting news, to say the least.

As of the moment, we only have a few short clips from Project L. The data is minimal, but from what we can see, it shares a lot of similarities to fighting games such as Tekken or Soul Calibur.

It’s interesting to see how Riot will implement the League of Legends Champion’s abilities into a fighting game. Some fans also wish that Riot will include at least a few Valorant Agents into the mix, creating a small Riot Games Multiverse.

From the already released footage, we can already see some familiar faces. Darius, Katarina, Jinx, and Ahri are the few champions that will definitely be in the game. Unless any major issues come up during development.

Darius is a popular top laner in League of Legends and is usually goes a tanky-damage type build. He is a bruiser champion and is thrives in long fights or trades. He can also deal with multiple enemies thanks to his great AOE life steal and kill-resetting ultimate.

In Project L, Darius seems to have a few similar skills. He primarily makes use of his axe to attack and even uses it as a hook to pull enemies towards him. This is also reflected in Project L, where he uses his axe to pull you from mid-air and slam you to the ground.

We currently don’t know what other abilities and combinations he has, but I do hope we get to see his Noxian Guillotine as a finisher.

Ahri is often used in the mid-lane and uses Ability Power or magic damage to attack. She reshapes magic into orbs of raw energy and uses those to damage her enemies. She also has some great mobility and can get out of tricky situations thanks to her ultimate.

We only get to see her for a few seconds in the available footage. But, it does seem that she offers a bit more range than Darius does. We see her make use of some magic and briefly stuns Darius in their battle.

We don’t know yet whether Riot will implement any sort of status conditions in Project L. Obviously, Project L is a fighting game, so there might not be any. However, Persona 4 Arena made great use of status effects, and Riot can definitely do something similar.

Ahri’s E ability charms her opponent and deals some magic damage. If Riot does decide to add some status ailments in the game, it would be great to see her Charm ability in action.

Katarina is often used as a burst mid-lane champion. She is an assassin that does a lot of damage in a short amount of time. She usually has the role of killing the enemy carries or getting them to low hp.

We only see a few seconds of Katarina’s gameplay in Project L. However, it seems that she can use a blink or teleport-like ability. This ability is similar to Darkseid’s teleports in Injustice 2 and could be one of the trickier characters to use.

It does make sense for her to have a blink ability since she does have one in League of Legends. It would be interesting to see how her teleport can be used in-game and which other characters share a similar ability.

Jinx is a marksman that usually gets played in the bottom lane. She can deal a lot of damage at range and primarily uses deadly weapons, and loves explosions. Her primary role is to deal as much damage as possible to enemies while staying out of reach.

In the clips, Jinx makes use of her minigun, Pow-Pow, to damage Katarina. She also uses Pow-Pow to throw her up into the air before firing at her. It seems that Jinx’s primary weapon will be Pow-Pow. However, it does seem that she has Fishbones, her rocket launcher, on her back. So, she could have an ability similar to her Q, where she can switch between Pow-Pow and Fishbones.

There are already a few champions in League of Legends that share some similarities with fighting game characters. Sett is the first obvious choice; thanks to his look and skills, he straight up looks like someone out of a fighting game.

Samira is another character that resembles some fighting game elements. Her passive ability requires you to build up a combo from E up to S, and she can also switch between melee and ranged attacks.

Finally, there’s Lee Sin. Lee Sin is a master of ancient martial arts and channels the essence of the dragon spirit to face any challenge. That definitely sounds like a fighting game character to me.

These three champions are definitely among the fan favorites. They will likely end up as playable characters in Project L. Let’s look at some more interesting characters that can join the Project L roster.

Annie could be an exciting addition to the Project L lineup. According to the LoL lore, she has immense pyromantic power. She is usually played in the mid-lane and is a great starter mage for new players.

There are a few archetypes in fighting games; one of these is known as the “Puppet Character.” The Pupper Character is usually able to control two characters simultaneously. These include characters like the Ice Climbers in Super Smash Bros., and Jack-O’ Valentine in Guilty Gear.

Annie could function similarly with her beloved teddy bear, Tibbers. This helps keep the main personality of Annie intact in Project L. Together with her pyro abilities, she and Tibbers could make an excellent team.

Teemo is probably League of Legends’ most recognizable champion. He is perhaps the most hated and most loved character in the game. His iconic Teemo hat is worn by thousands of fans during League events and became a staple LoL merch item.

He isn’t the most powerful champion, and most people regard him as a “troll pick.” Due to his abilities, you can either be super annoying to deal with for the enemy team or a flat-out feeder.

It’ll be interesting to see Teemo join Project L. I could see him becoming a novelty, comic relief-like character similar to Gon in Tekken 3. Although Teemo isn’t the most obvious pick to include in a fighting game, he definitely has the potential to be a specialty-type character.

Jayce is another excellent fit for the fighting game genre. His main characteristic in League is that he can change stances to either be a melee or ranged champion. He is known to heavily punish melee champions in the top lane and bully his way to get kill or objectives.

Jayce can play a zoning type of character in Project L. He can use his cannon stance to zone enemies from range and his hammer stance to deal damage up close. I can see him being quite similar to Cyborg in Injustice. Cyborg shoots lasers from his cannon at range but can still deal with opponents up close using his Power Fist.

I feel that Blitzcrank is going to be entertaining to play in Project L. He is known as a support champion in LoL, but he could become a really great fighter in Project L. He already has a unique combo that shares some similarities to other fighting characters.

His basic combo uses his hook ability (Q), then he launches the enemy up in the air with a punch (E). Finally, he uses his ultimate (R) to deal some more damage. I can definitely see him using this combo in Project L.

He also already has an excellent launching ability in his Power Fist (E), making it great to start an air combo. Hopefully, we get to see him in Project L.

The final character in this list is more of a gimmick character. Neeko’s passive allows you to copy the appearance of an ally champion in-game. This leads to some great outplay potential and surprise attacks from unsuspecting victims.

Neeko could be a great and unique addition to Project L because of her passive ability. However, instead of copying an ally, she copies her opponent in Project L instead.

Another approach is to implement a similar Mokujin-like mechanic in the Tekken games. Neeko can copy a different random character at the start of every round and copy their moves as well. This adds a unique element to the game and requires complete mastery of all the other characters to be effective.

Hopefully, we get to see at least one of these champions make it to the game. It’s exciting to see what unique mechanics each character brings to Project L. No matter which League of Legends characters ends up in the game, I’m sure Riot will do them justice.