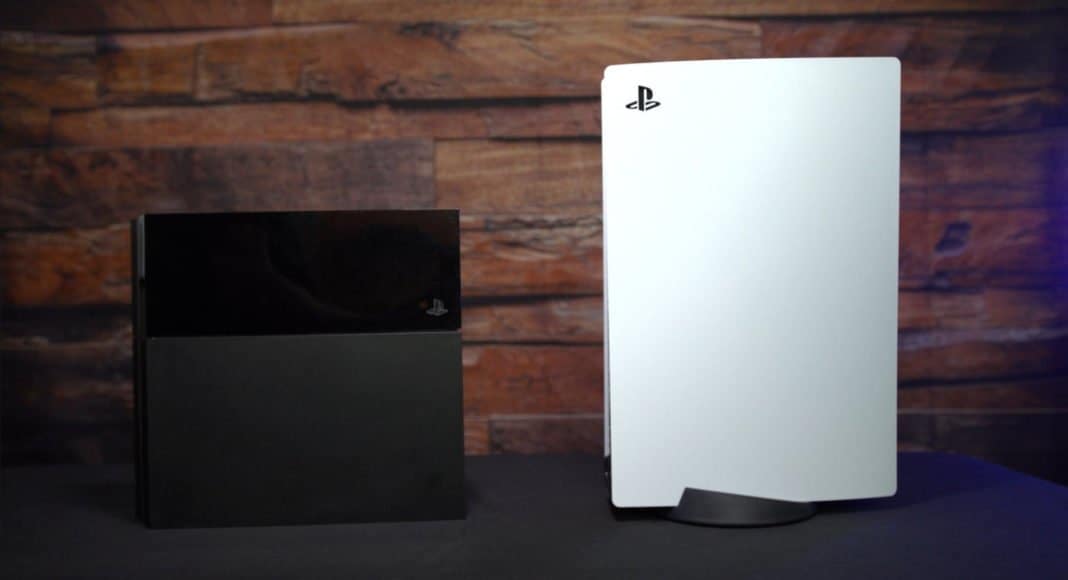 The PS5 has just been unboxed by a number of media outlets and YouTube creators, and the burning question that many had is finally answered – the PS5 size comparison against the other and current consoles.

We already knew that the PS5 is going to be a storage space hog, but it seems that the fresh unboxing videos have had people make comparisons of the console to its predecessor, the PS4, and also thrown in the upcoming competition into the mix.

Here are a few pictures of the PS5 side-by-side with the Xbox Series X, Xbox Series S, and even the PS4.

Most of the images you’re seeing show the height of the console which would be the most economical way to place the console as that takes the least amount of space.

The PS5 also comes packaged with a dock that helps it stay in place and helps with keeping the console stable, but far from keeping it from falling.

In MKBHD’s unboxing, he demonstrates the purpose of the dock, which many might throw away at first sight. However, if you’re planning on using the console horizontally, it will be a crucial component.

The dock can also serve a purpose if you choose to place the console vertically, but it all depends on the space you have that will allow you to fit the console.

When it comes to placing it horizontally, this is what the console looks like when compared to the PS4 Pro.

You can see that there is a significant amount of space being taken up in horizontal orientation as well. Especially when it comes to width and height.

For now, if you’re adamant on getting the PS5, keep in mind the extra space you will need to fit the console, but if you are tight on space, an Xbox Series X is worth considering.

Lastly, if you want portability with gaming, the Xbox Series S is the next best option as its the lightest and smallest console option.