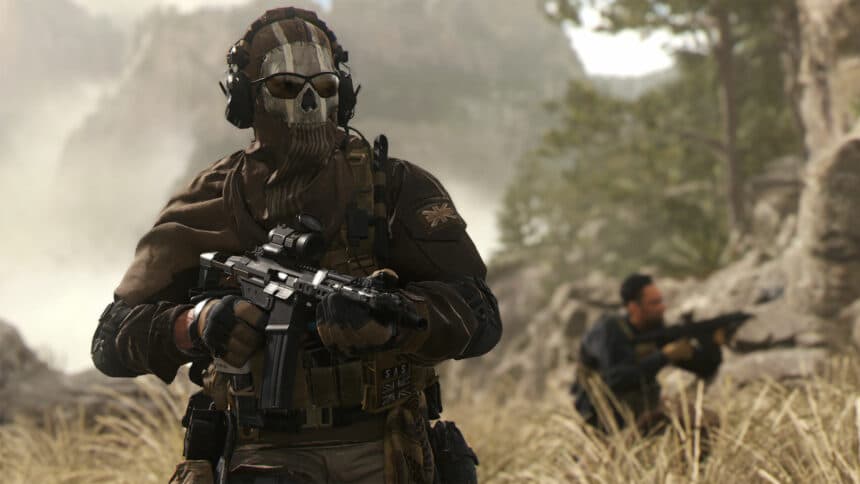 Modern Warfare 2 has recently been released, and all the players want to become completionists. By achieving all of the available achievements, you have come to the right guide. One requirement is to achieve 3 stars on Defender Mt. Zaya. We have already covered 3 stars on Spec Ops Low Profile & Denied Area.

This comprehensive guide will explain all there is to know about the quick and easy way to complete Mt. Zaya 3-star in spec ops. So let’s get into it!

In order to beat and finish the Defender Mt. Zaya Spec Ops mission, you will have to hold six waves of enemies whose plan is to plant a bomb and destroy the buildings.

Having a friend with you on this mission is recommended, as it can get tough after wave 3. Even though you can queue alone, and the game will hook you up with someone, he will undoubtedly quit halfway, leaving you stranded. So, try and find a friend, comrade.

After watching the cinematic, you will be onboard a helicopter, which will start getting shot at. After making an emergency landing, you will begin in front of a supply center, with a wall loaded with maxed-out weapons with custom attachments ready for you to use.

There will also be a buy station nearby. Make sure to discuss with your friend what weapons you select, as it is best to have a combination of Rifles and Shotguns.

Best Items To Buy From The Supply Store In Defender Mt. Zaya

These are the best field upgrades to buy from the store, and they can help you level the playing field as the waves get tougher and tougher.

Where Is The Supply Shop in Defender Mt. Zaya?

The Supply shop is where the helicopter you were in at the start landed. You can not find it on the map, but you can go there, switch your weapons quickly, and use the buy station to purchase new upgrades.

How To Survive The Waves In Defender Mt. Zaya

Defending the waves is pretty simple. They get more challenging as you progress through them, the first being the easiest and the sixth being the toughest.

wave One is the most effortless wave of them all. Simply head inside the bunker and camp in a corner. All the enemies will start coming towards you and keep dying. Make sure nobody sneaks up on you from behind, and get lucky.

Just like wave One, this hard point only requires you to protect a single building. It is a small warehouse, and the best way to proceed with this wave is to get onto the roof and just camp. Shooting in every direction and killing the enemy choppers coming toward you.

This wave can slightly get hard as the NPCs spawn with bullet vests. You will have to soak in more bullets to kill them. Try not to get stuck in the bunker you are defending, as it has tight corners and can get you killed quickly.

This is the first hard point in which you must defend two objectives simultaneously. It is the best practice if you and your friends split up and protect one objective each.

One aspect to note is that this wave will also have mortar officers. In order to reduce your chances of death, head over to the Red diamonds on the screen, and eliminate them.

This wave takes wave four to the next level, as some NPCs will spawn with Riots shields. In order to take them out, you will have to use your grenades with caution. If you have already used them by now, it is best to go ahead and buy more from the buy station.

If you do not want to proceed with the grenades. Then it is best if your friend could get them to shoot at them, and you could shoot the opponents on their backs.

Make sure to have plenty of Reinforcements in this wave and at least two sentries on a single hardpoint. Then you and your friend could focus on the other two hard points.

There will be many more enemies in this wave and heavily armored ones, do not panic, as they can quickly die if you shoot carefully.

The main thing you have to be cautious about is keeping a check on any bomb plants. Make sure to defuse any bomb plants as soon as they are planted because things can become overwhelming fast.

How to Get 3 Stars in Defender Mt. Zaya

In order to get 3 Stars in Defender Mt. Zaya, you need to prevent more than three bombs be planted.

Bombs are planted at every hardpoint by the attackers, and the only way to prevent them from planting the bomb is to either kill them or defuse them immediately.

You will be alerted when a bomb is planted, so make sure to go and defuse it immediately.

Don’t panic if you manage to mess it up on your first try. You could always try again with a different weapon strategy, and maybe you’ll succeed.

Once you finish reading this guide, head to our other guides explaining how to get 3 stars on Spec Ops Low Profile & Denied Area.