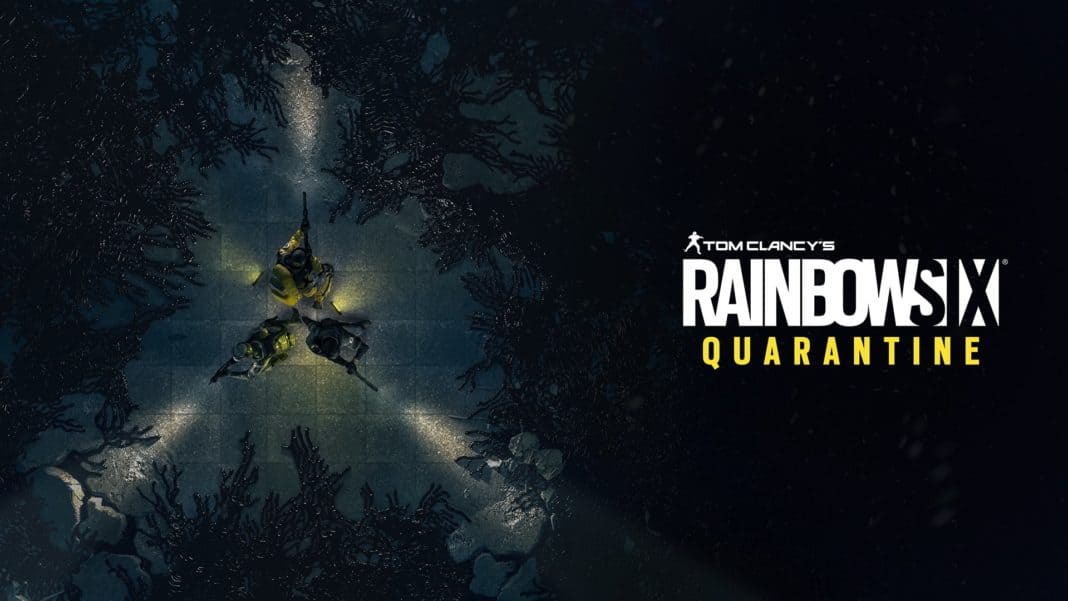 It seems that Rainbow Six Quarantine has just dropped out of nowhere on the PSN database. The game that was thought to be lost to the clutches of development hell or said to be put on hold due to the global pandemic might just see a 2021 release after all.

Rainbow Six Quarantine – The Right Game At The Wrong Time?

Rainbow Six Quarantine was announced at E3 2019. The game just had a brief teaser trailer and after that, disappeared from the world.

Ubisoft didn’t share any updates regarding the game for the rest of 2019 and then 2020 saw the global pandemic occur, which many fans speculated would be an ill-advised time for a game like Rainbow Six Quarantine to release.

Coming into 2021, there were rumors that the game could see the light of day once more, but many people were skeptical.

However, a recent tweet may have brought the game back into existence. The account that is well known for documenting the sizes of various video games on the PSN database could have just revealed that is no longer a myth.

Should the Tweet get deleted, here is a screenshot.

While the source may be debated upon, we personally follow the account very closely for a lot of PSN details and so far the account has not given us any reason to doubt their authenticity or credibility. As such, this could mean that an official announcement from Ubisoft could be imminent.

Rainbow Six Quarantine is an expanded upon experience of Rainbow Six Siege’s Operation Outbreak (Y3S1) which gave us the CBRN attackers, Lion and Finka, also gave us a temporary game mode by the name of Outbreak.

Outbreak put players in Left 4 Dead esque situations where they had to fight through multiple levels, tackle mini bosses and complete a final objective at the end of the final level to complete the mission.

Rainbow Six Quarantine is said to be a full-game that delivers that same game mode experience, and while the timing was bad in 2020, with the pandemic slowly improving, Ubisoft may have put some thought into bringing the game to the masses.