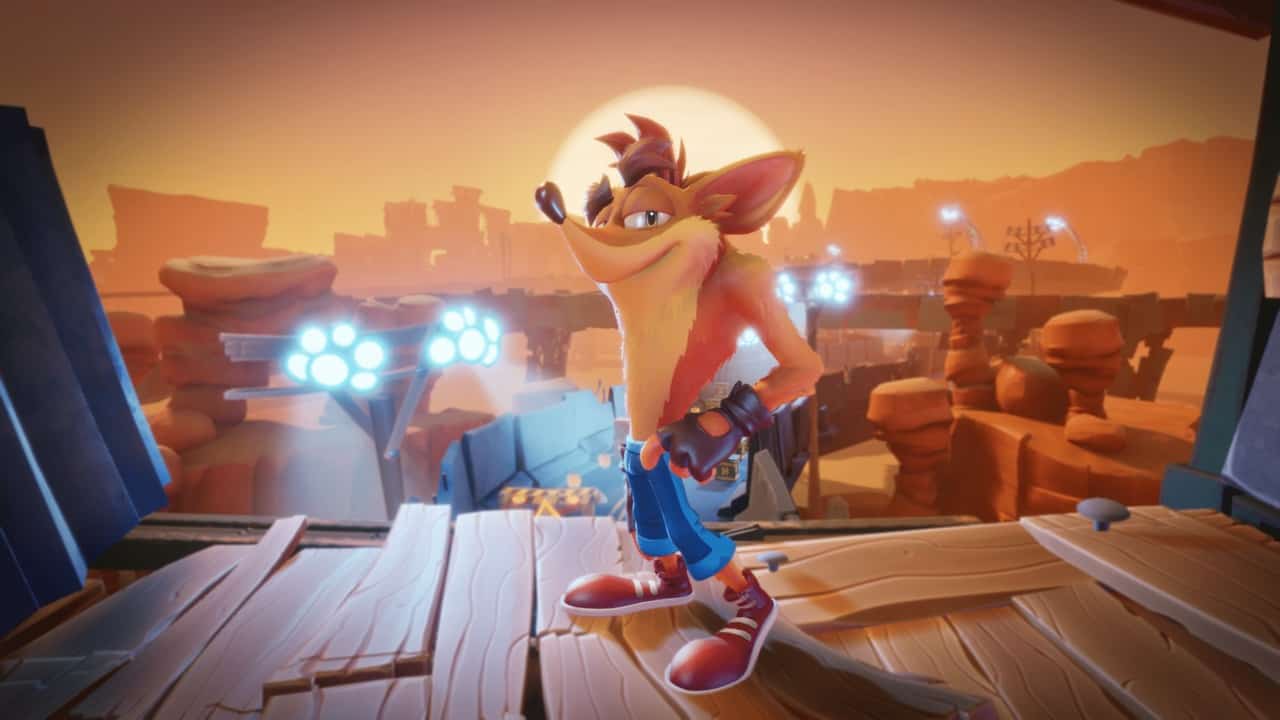 Crash Bandicoot 4 PS4 version was the opening title for the recent State of Play held on August 6th. The game showed plenty of gameplay, introduced Dingodile, and also highlighted a prominent feature of feature no micro-transactions. However, it seems that Sony is deadly serious on their commitment of console exclusive content as a 4chan post has shown the first look at some Crash Bandicoot 4 PS4 Exclusive skins.

It’s worth mentioning that 4chan was the primary source of the first leak. The golden rule of 4chan leaks is, unless there is a viable screenshot, always assume its a fake.

This is the enlarged image.

Sony is already serious about console exclusive content, starting with how they had a month long exclusivity with Modern Warfare 2 Remastered Campaign, and more recently with the announcement of Spider-Man for Marvel’s Avengers being a PlayStation exclusive character on the PS4/PS5.

The two skins feature a caveman Crash and Coco combo along with a Futuristic Crash and Coco. The current pre-order skin is something from the 1980’s and 1990’s fashion.

The fine print illustrates how the two new skins are console exclusive until the 31st of December, 2021, and are earned by just beating the second level of the game.

The game will have plenty of skins to unlock, just by playing the game. Activision has stated that the game won’t have micro-transactions, but it would be harder to monetize this game as opposed to a game like Crash Team Racing Nitro-Fueled, which they also made a similar promise to early in that game’s introduction.

It seems Sony is getting serious about introducing more console exclusive content for the PS4 and PS5, and if the above image does prove true, it is very possible we might get a first-hand look at the upcoming Tony Hawk Pro Skater 1+2 and Call of Duty 2020.

Crash Bandicoot 4 is out later this year on October 2nd, 2020. Fans have been waiting for a fresh entry in the series for a very long time, and it seems that this could be the game to quench their appetite.