RUMOR: Halo Infinite toys lineup hint at the death of a main character 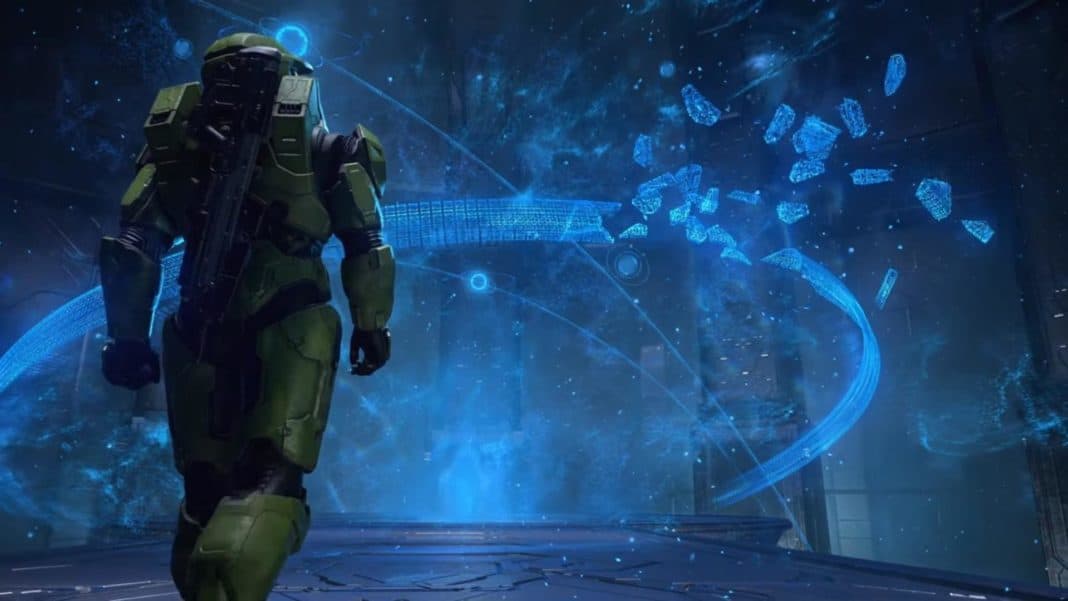 Halo Infinite feels closer than ever, with Microsoft being a part of the Summer Game Fest from July 21st to July 27th. Fans are undoubtedly excited about being Master Chief one more time, but a Mega Construx line of products may have given away an unintentional spoiler. Don’t worry everyone, Chief is alive.

It seems that a Mega Construx product lineup for Halo Infinite is available for pre-purchase, but one of the images in the lineup could be hinting at the death of new series entry.

If you remember Halo 5, you might remember Jameson Locke. Introduced in Halo 5 and one of the playable characters in the game. Tasked with bringing Master Chief to the UNSC.

One of the slider images for the Defense Point Showdown images shows a Brute wearing what appears to be Locke’s helmet on their shoulder.

The product page also confirms that this set is tied to Halo Infinite, and sees the return of The Banished.

The helmet looks very similar to the design of Locke’s Helmet from Halo 5.

Fans are currently speculating that either Spartan Locke was defeated in combat by The Banished or gave off the appearance of being dead.

According to the product description, the Grunt wearing the helmet is named Hyperius.

Whether or not them wearing Locke’s helmet means they died during combat is still the big question.

With Halo Infinite being the most talked about Xbox Series X game right now, it seems that the question can only be answered once the game is released.

With Halo Infinite seeing players return as John-117, many are excited about exploring a whole new world of Halo.

While Microsoft hasn’t stated a fixed release date for the title yet, they are hoping that the game is either a launch title for the Xbox Series X or follows shortly after the release of the console.

While Microsoft is still very hush about the details surrounding Halo Infinite, we can hope that the game makes an appearance one more time in the coming months.

What are your thoughts on the potential of Locke’s death in Halo Infinite? Let us know in the comments section below!